Industrial design student Jose Rivera still has one more year to go before he completes his degree at Detroit's College for Creative Studies. Young though he may be, his work under the moniker Carousel—which, according to Rivera, captures the "playful and simple, qualities I try to put in my work"—was a featured at the FORM Design Show this year, and his work merits a feature on Core as well. 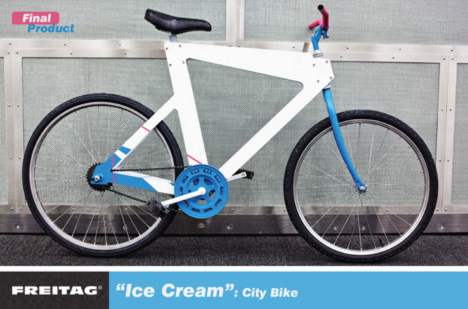 Rivera's "Ice Cream," a concept bike project from November 2010, recently caught my eye, both for its unconventional construction and eye-catching colorway. In fact, these were main objectives:The goal of this project was to design an affordable, practical and stylish bicycle for the urban commuter... The bike is made entirely out of repurposed or salvaged parts and materials, making it both affordable and sustainable. 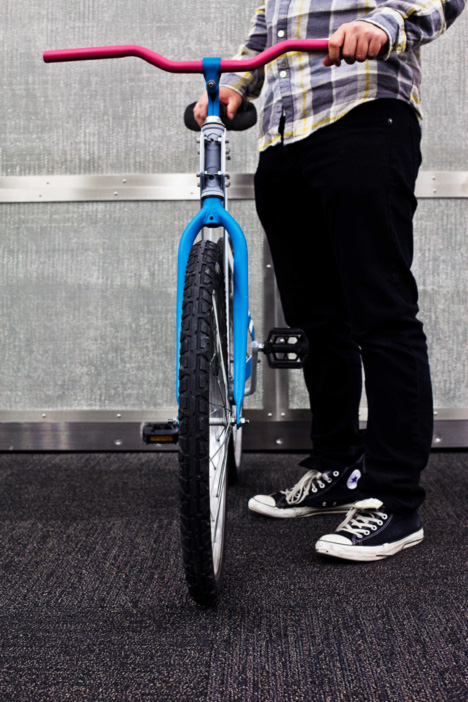 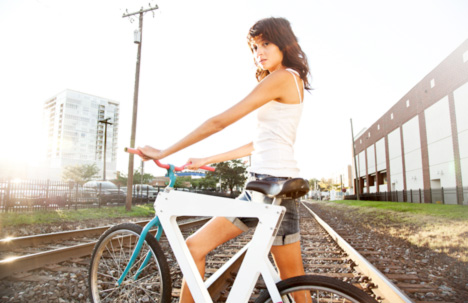 Well, it's one thing to salvage old bicycles and reuse the parts, but Rivera is proposing a more radical approach to framebuilding. Most bikes—whether they're made out of steel or aluminum, carbon fiber or bamboo—are made from tubes, arranged in a diamond shape to form the unmistakable silhouette of a bicycle (though we've seen a fair share of exceptions). Rivera's concept forgoes "traditional tubes and welded joints" for a "flat bolted frame":The frame is made from sheets of recycled aluminum that have been cut with a water jet. The seat, front tube, and bottom bracket are then secured to the frame using tamper resistant bolts. This construction method requires a fraction of the time and labor to build compared to a traditional bike.

The absence of any welds on the frame means the bike can be broken down by hand with a screwdriver, making shipping, storing and customizing the bike much easier and efficient for the user.

In other words, Rivera's bicycle concept combines the build-it-yourself philosophy of IKEA with the sustainable tenet of upcycling raw materials. 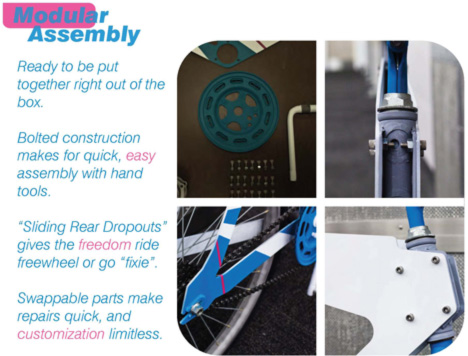 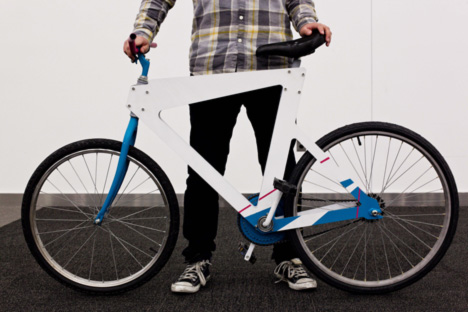 Rivera drew inspiration from iconic Swiss bag company Freitag for sourcing his materials: "Freitag... is known for constructing its products from discarded seat belts, airbags and billboard tarp. These materials produce a graphic look and feel unique to each bag." Thus, the name comes from how the colors and graphics of the bicycle actually turned out, evoking "the swirls of color found in tubs of ice cream." 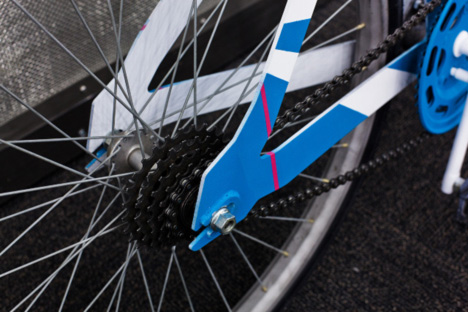 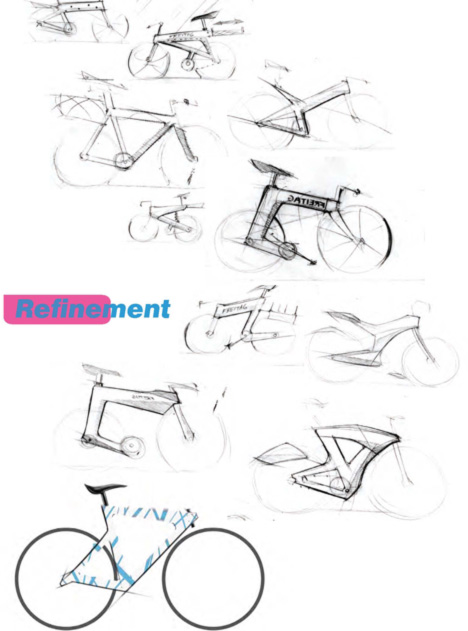 It certainly looks pretty sweet, but I'm really curious as to how it rides. I imagine the flatcut frame isn't nearly as stiff as a traditional tubular one, but alas I lack the materials science knowledge to understand the functional implications of Rivera's design. Anyone care to enlighten us in the comments? 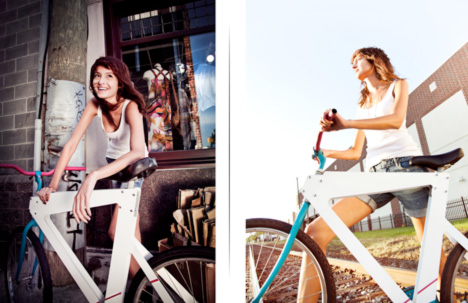