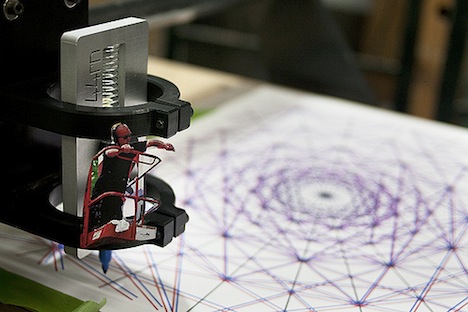 Back in April we previewed Eske Rex's pendulum-powered Drawingmachine for the MINDCRAFT11 exhibit at the Salone Milan. Although the machine was awe-inspiring for its sheer size, we'd have to say that the art itself was less than exciting.

Now Cambridge, Massachusetts-based engineer Aaron Panone has employed a 3-axis CNC machine for an artistic calling. A collaboration between graphic designer Matt W. Moore (who we saw in an interview on Protein just last week), Paper Fortress Films and Panone, vector graphics from Moore were converted into tool paths and then machine language which controls Panone's retrofitted CNC machine. A special fixture built by Panone holds a Sharpie and, "mimics typical hand pressure during the act of drawing." After about 30 hours of trial and error, the final images are available for sale at MWM Graphics, printed on 80-lb French Dur-O-Tone paper and paired with the actual Sharpie used for each drawing. Check the awesome process video and some more of the images after the jump. 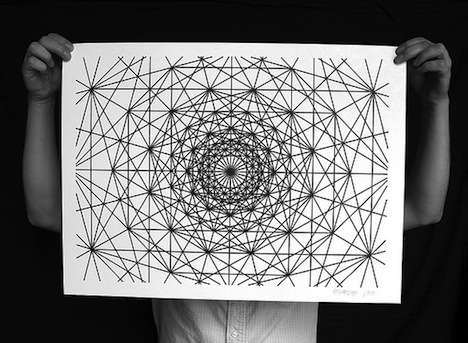 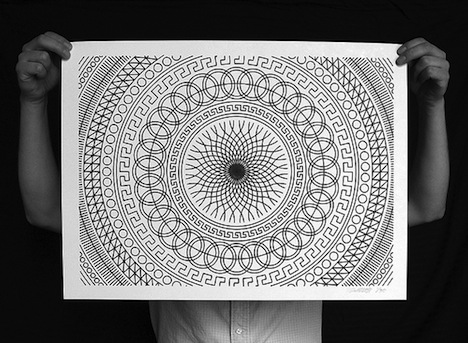 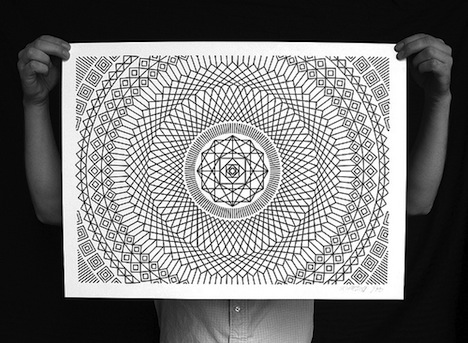