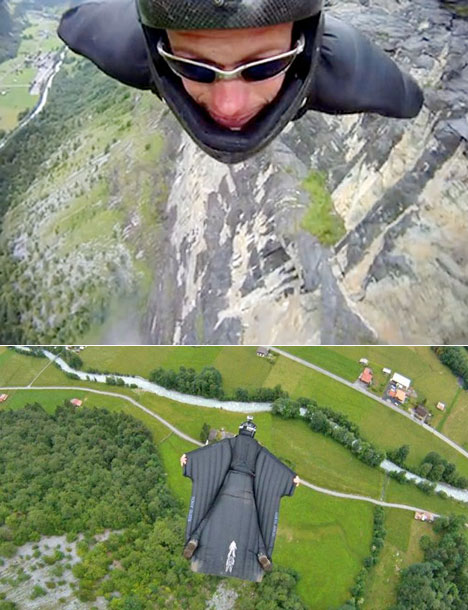 I think wingsuit flyer Jeb Corliss, or anyone who would strap on a suit modeled after a flying squirrel and jump off of a cliff, is insane. I'm also amazed he's still alive. In his latest video, "Grinding the Crack," Corliss leaps off of a mountaintop in what looks to be Lausanne, Swizerland (can't be sure) and reaches speeds of 122 miles per hour.

What's insane is how close he comes to the ground at certain points in the flight, and just how freaking fast he's traveling. The on-person camera footage doesn't properly convey the sensation of speed, but check out the part of the video at 1:30—I assume he's trying to grab those balloons—and you'll see what I mean: