Glif Too Stiff? Orbit Also Allows (i)Phone Users to Do More with Less

Loyal Core readers know we've given Dan and Tom of Studio Neat quite a bit of exposure, ever since they surpassed their funding goal for the Glif - iPhone 4 Tripod & Stand over ten times over. 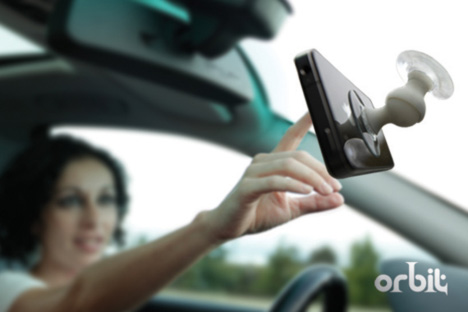 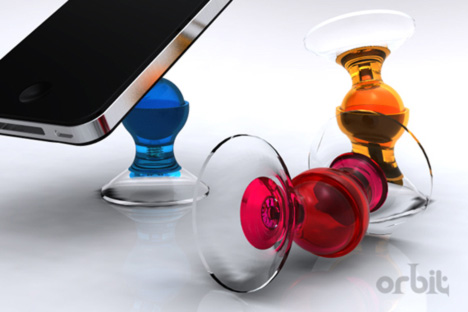 The design is quite brilliant: a pair of suction cups—one for "anything that's iPhone-ish in size and weight," the other for "practically any surface"—that swivel around a simple ball-and-socket joint. For those pesky porous surfaces, the Orbit includes " clear repositionable polycarbonate discs that can be stuck on to most non glass-like surfaces giving you the capability to mount your device to a painted wall, wood surface, your dashboard or practically anywhere you can think of." 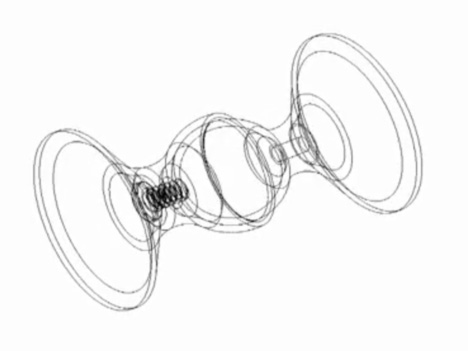 The ball-and-socket joint is, of course, a prime example of biomimicry—think hips—which enables rotation across multiple axes. 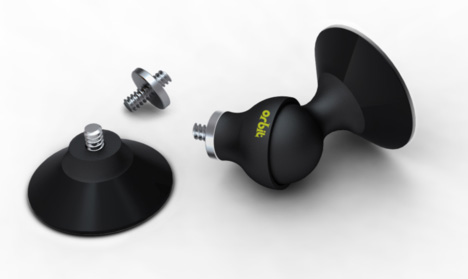 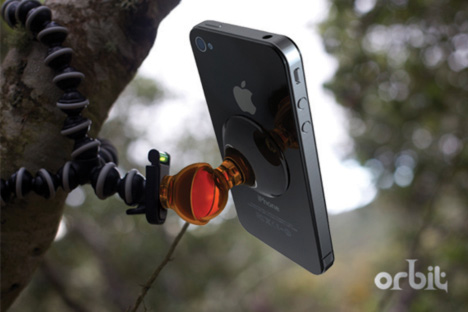 The minimal design also includes a standard 1/4-20 threaded insert for tripod compatibility, and (like the Glif), "You can even remove the remaining socket portion of the Orbit and you have a convenient little suction kickstand that positions your device in either portrait or landscape. 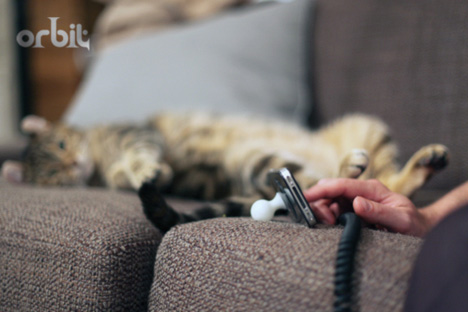 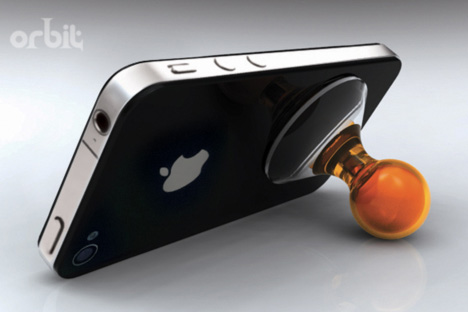 The designers still have over a month to raise the last ~$4,000 they need to complete reach their goal of $25,000:We have tested a lot of phone mounts on the market and, to be honest, a lot of them work pretty well, but if you want to take them out of your car to throw them in your purse or pocket, good luck. If you want them to hold another device your chances are dicey. We found most of them to be big, bulky and clumsy, and in our opinion you shouldn't have to adapt to the limitations of a device. The genius of the Orbit is it's so simple it adapts to you. 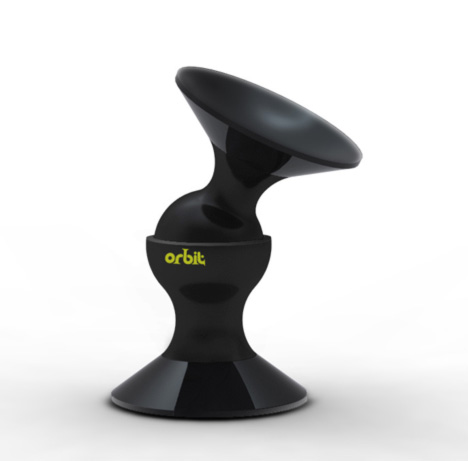 While it hasn't been the runaway success as the Glif was, we echo Norton and Molinari's confidence that Orbit will get a green light. Still, I can't help but spin this story as an East Coast (Studio Neat) vs. West Coast indie product design battle. Show your colors and check out Orbit on Kickstarter.

Glif Too Stiff? Orbit Also Allows (i)Phone Users to Do More with Less