The Finishes of Benjamin Lai, Part 1 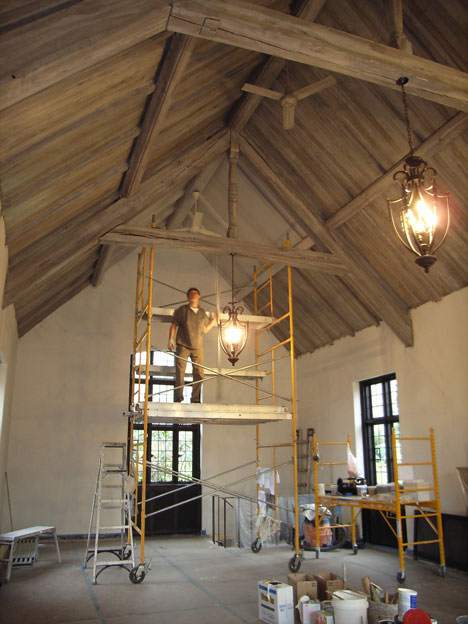 Brooklyn-based Benjamin Lai spends most of his days in multimillion dollar residences, quietly creating. Some days he's high up on a scaffolding under a cathedral ceiling, other days he's on his hands and knees at the base of an Ionic column, still others he's sitting on the client's $20,000 toilet trying to judge how the bathroom will look from that specific vantage point. "I learned that the view from the toilet is one of the most important," he says. "When clients sit there, they have the time to really scrutinize your work."

That work consists of using a brush, a combination of liquids and a strange-looking selection of tools to render a surface into existence with a highly specific blend of artistry and science, a kind of alchemy that many attempt but few truly understand. People hire Ben because he's one of the best, and he has pretty good job security because few people can do what he does at the level he does it.

Even for the super-rich, it turns out, money can't buy everything. A billionaire might have their heart set on having a bathroom made from a type of marble that is extinct. A designer might spec out a type of wood that might be practically impossible to acquire in volume or work into the desired shapes. A client building an addition on his mansion might require the new oak paneling exactly match the original stuff, even though the craftsman who did the original work died more than 100 years ago and the exact stain, tone and aging, to say nothing of the carving work, are impossible to replicate. When these situations come up, Ben Lai gets a phone call.

The technical name for what Lai does is peinture decorative or decorative painting, a disappointingly mundane term that does not adequately convey the scope of his skillset. It requires artistic technique, chemical mastery, and an ability to judge light and color on a level that computers and machines are incapable of. (The story of how he traveled overseas to learn the art, which we'll cover in a future entry, is as fascinating as the jobs he does.) Lai picks up work both from his own clients and through a prominent firm he freelances for, Christianson Lee Studios, the go-to decorative painting firm for many high-end interior designers.Through just these two sources, the list of people whose homes Lai has worked on is staggering: A Sir associated with a certain on-screen superspy; the king of an American fashion empire and the Queen of an Italian fashion empire; actual overseas Royalty; a certain billionaire family, before they made off with a lot of other people's money; and...a traffic cop in the Garden State. "One of the better jobs that I've had was for this divorced traffic cop in Jersey," Lai explains. "He was preparing for retirement and had this crappy house--dirty, dark. We took the job on to help him out and re-did the whole house. He loved it, and at the end of the job, seeing that smile on his face was great."

Before we launch into Lai's story—what he actually does day-to-day, how he learned to do it, what a 40-million-dollar home feels like, and a certain faith-shattering experience he had that many creatives will recognize—we'll show you a few photos to give you a taste of what Ben does. Sadly we are not permitted to attach the clients' names to the residences, but suffice it to say you've heard of them.

Ben painted these wooden columns, and the mantle of the fireplace, to resemble particular types of marble. 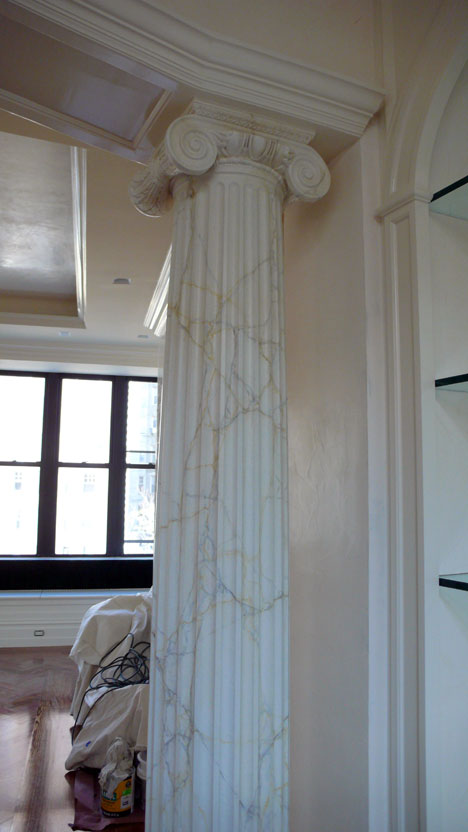 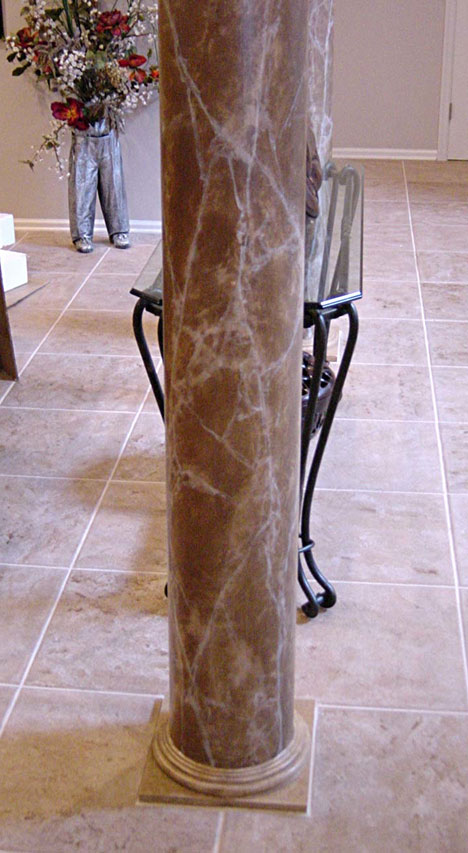 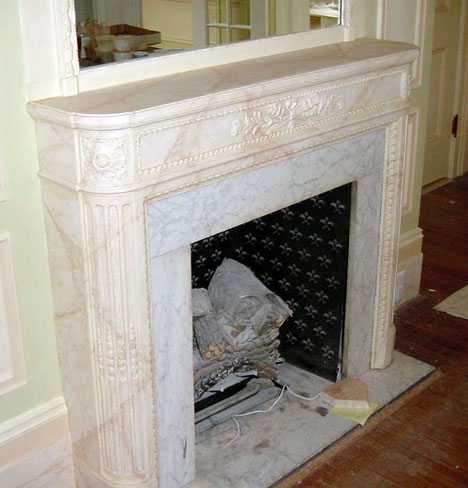 This home is over 100 years old. During its most recent renovation/addition, the designer decided the panel next to the door ought to match the door. Ben was asked to trompe l'oeil it. 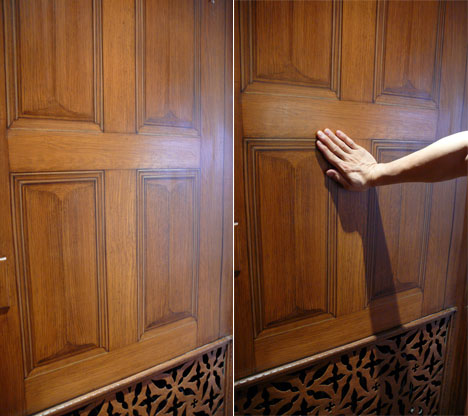 The marble here is real, for a change. Lai was called on to do all of the mirrors in this fashion heiress' bathing area, including the circular one on the ceiling, with a complicated verre eglomise process involving gilding and etching the reverse side of the glass, submitting it to a silversmith, then performing the antiquing technique. 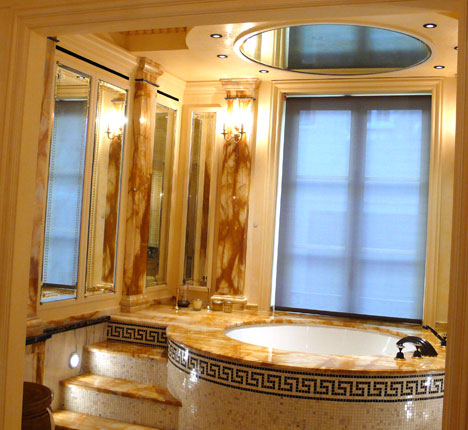 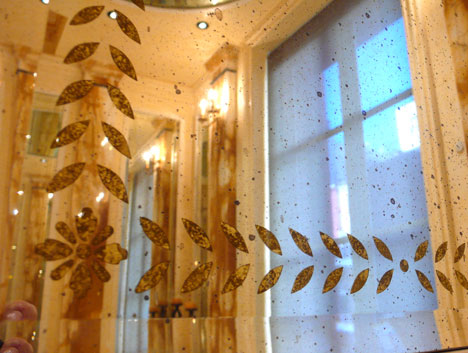 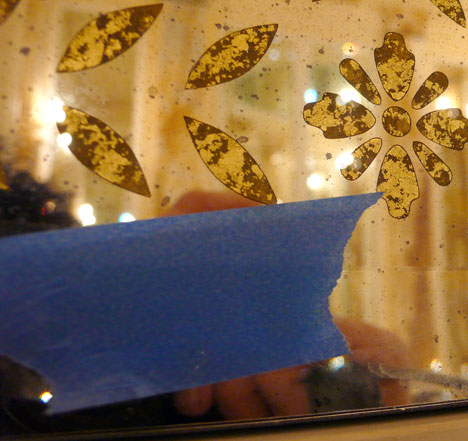 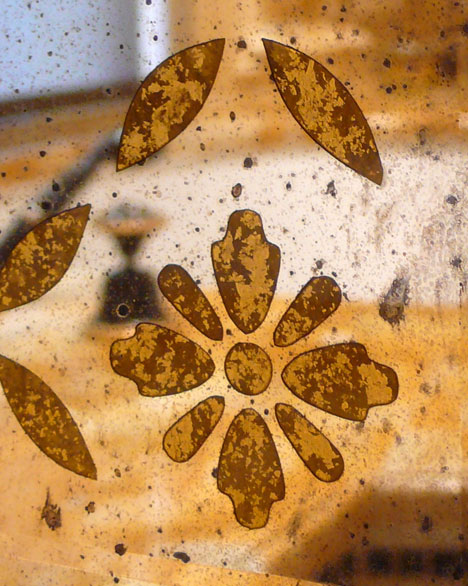 The client wanted this particular piece of furniture done up in a specific type of wood and marble, and the top had to feature a cut-out to accommodate a monstrous flat-screen television that elevators up on a motor. Ben did it up, duplicating the marble based on samples provided.

The client wanted a bookcase made of burl wood, not easy to come by. Here Ben worked up some samples for approval. None of the burl in the photos is real. 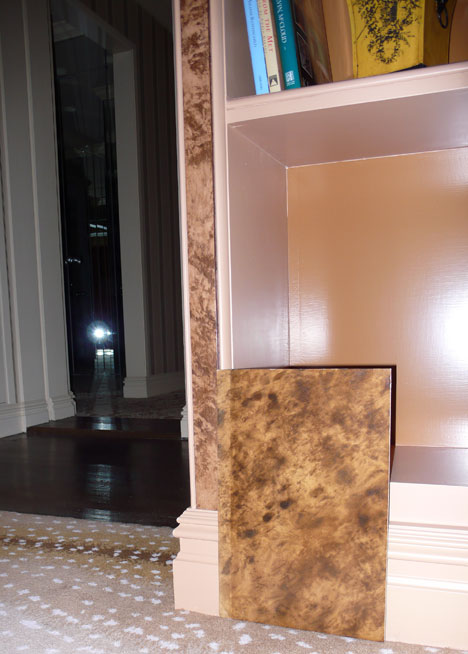 The floors in this entryway are actually made out of wood strips, but the client wanted marble. Ben gave them marble out of a paintbrush. Working out the Roman key pattern around the perimeter, particularly the corners, required some serious math. 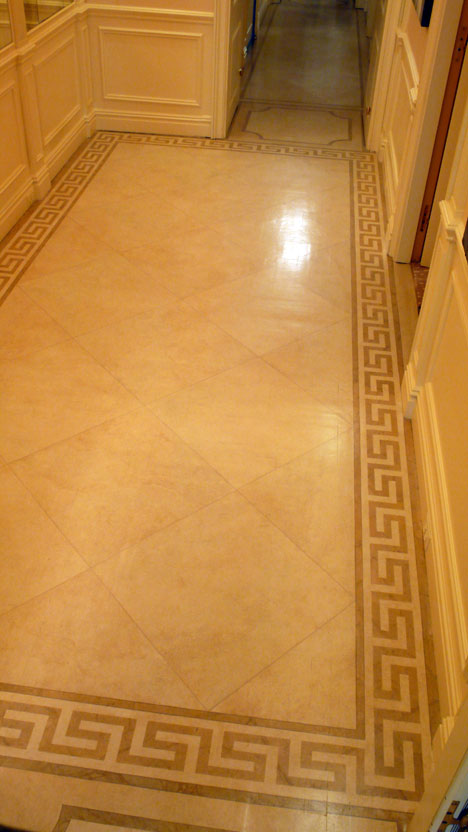 The client wanted the curved, sweeping bottom of this staircase done in oak paneling. 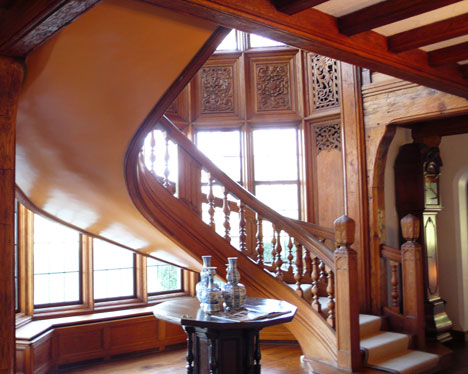 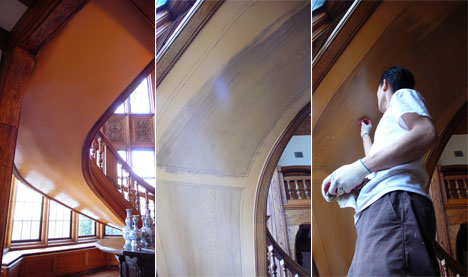 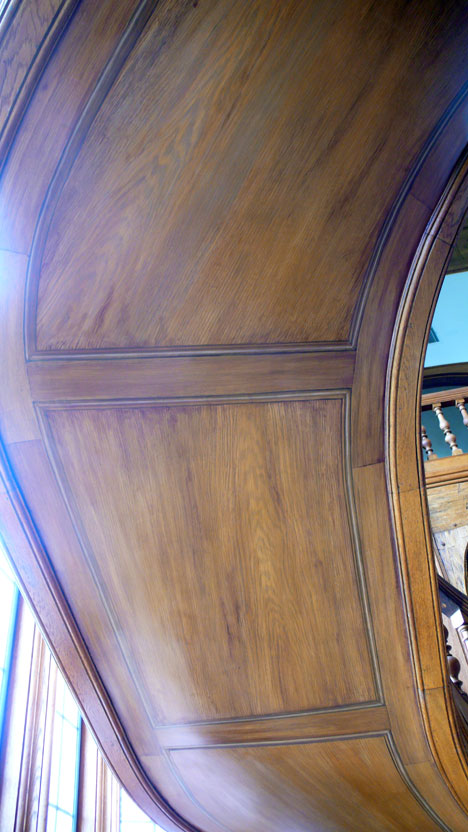 For this living space, the designer--"a real artsy type," as Ben remembers--demanded everything be made out of, get this, driftwood. As you can imagine, scouring beaches to acquire this volume of driftwood in the same matching tones was logistically impossible. Ben was called in. 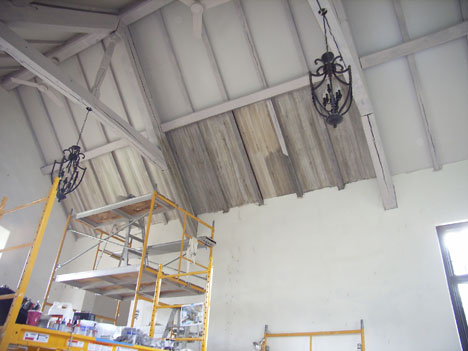 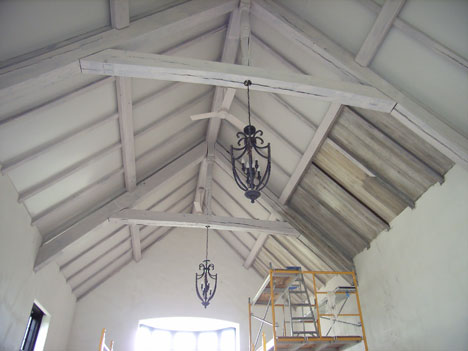 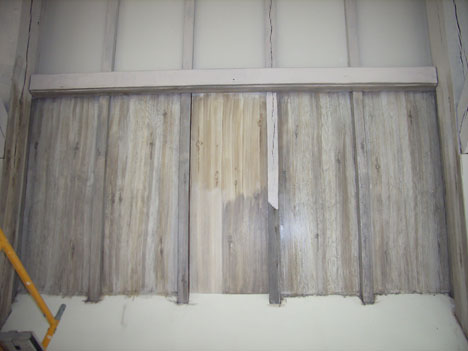 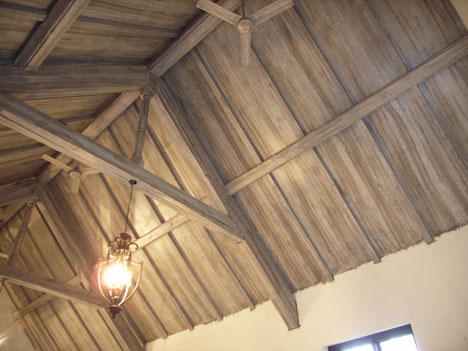 Stay tuned to hear how and why Lai, a onetime design student, became a decorative painter and what the job entails.

The Finishes of Benjamin Lai, Part 1