The KwickScreen is an impressive design for a portable barrier selected as one of the UK finalists in the James Dyson Awards. Designed by Michael Korn, the concept was initially intended for hospitals but also has applications "in schools, universities, offices and exhibitions where openplan areas need to be divided up in a fast and flexible manner." 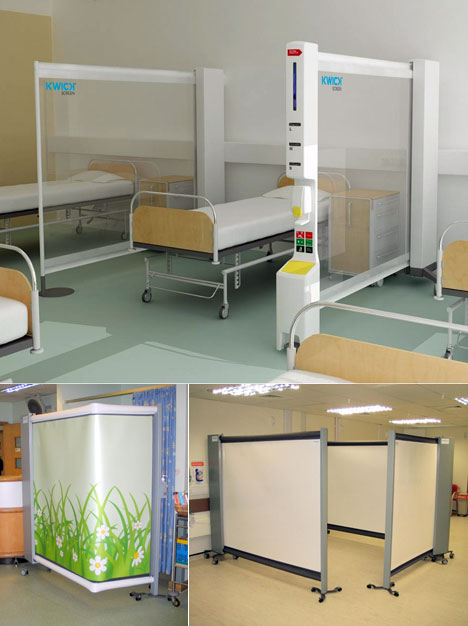 Korn's design was years in the making: He first conceived of it in 2007, while he was a student at the Royal College of Art, and has spent the four years since continually refining and simplifying the design, making successive versions lighter in weight and lower in overall part numbers as well as subjecting the KwickScreen to clinical trials. His latest iteration is now being sold in four countries. Check out the development process: