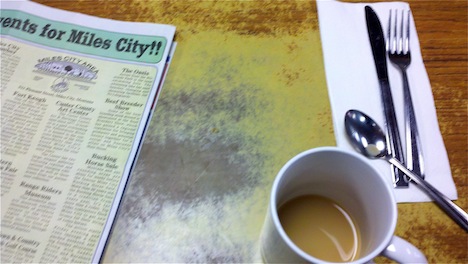 After a chaotic boarding at Missoula's Grey Hound Station, I was finally on my way to Miles City (~480 miles East of Missoula), the place where I would begin to Ride the Talk. My seat buddy, an exhausted mom, had already been on several buses for the past 24 hours when she made her transfer in Missoula with her two young children. I was feeling for her when her child began to kick the back of my seat (incessantly) and she began the battle of the threats, "stop it or no treat when we get there." It could've been a world record for the length of time a two-year old needed to behave oneself. I was hardly an hour into my trip and I wanted to kick the back of my seat.

I arrived in Miles City 10 hours later and quickly reconstructed my bike under the fluorescent glow of a gas station canopy. After inflating the tires, getting the lights on and plying my bike with my over-stuffed panniers, I was more than ready to call it a night. I cycled a short distance to the local KOA Kampground ("It's not camping, it's Kamping!" shout their promo posters.) and slept better than I have in weeks.

The next morning I decided to check out Miles City proper before I hit the road. Within a few minutes of sitting at the counter of the 600 Cafe with my coffee, I met Dr. Williams, the new OB/GYN for Miles City, who had many creative ideas and opinions on how the town could provide more work opportunities to sustain the needs of its residents. Like many other smaller agriculture towns of Montana (pop. Miles City ~8,000), the ranchers are retiring and the youth are headed to larger urban centers in search of higher wages and education. Dr. Williams thinks that Miles City will become a hub one day for nearby rural communities and, by fostering the development of certain amenities, that the town will be more appealing for residents and attract new talent to the area. Whether or not he's aware of it, I don't know, but I can clearly see he's contributing to a more sustainable community for Miles City. 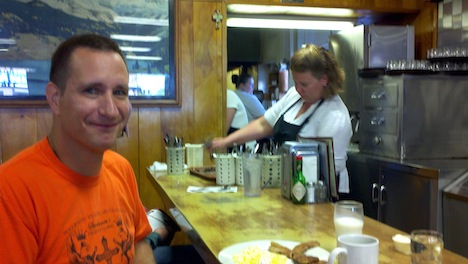 One such opportunity Dr. Williams has created is by leveraging his own 1-acre plot of land. When the doctor was a boy he heard the expression, "the grass is always greener" and thought, "well, why not fertilize your own lawn?" He's taken this modified adage to fruition as an adult committed to a long-term vision for Miles City. He's turned the majority of his yard into a garden (he made it very clear, it's simply a garden not one of these new fandangle urban farms; it's simply a garden!) and gives excess harvest to the local food bank and the remainder to his assistant, Bernadette, to sell at the local Saturday Farmer's Market when she's peddling her "Sticky Business" preserves. The extra money that comes in from the sales of these veggies goes to help support the hospital's emergency services. 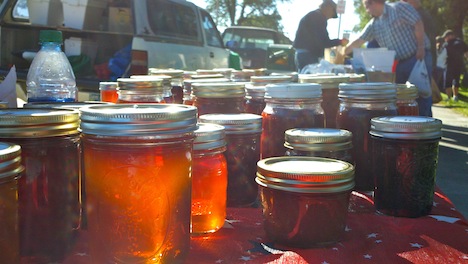 I found Bernadette at the market where her table was crowded by happy shoppers. One person bought up a whole bag of Dr. Williams' lemon cucumbers and another asked for more of his eggplants, which he promptly went home to fetch. Seems his garden is more like a farm (but don't tell him that!). As a fellow food preserver I was in awe of Bernadette's canny-savvy and wide assortment of goods: everything from raspberry jalapeno jelly to rhubarb jam. She says garlic paste and onion jam will be her next experiments. 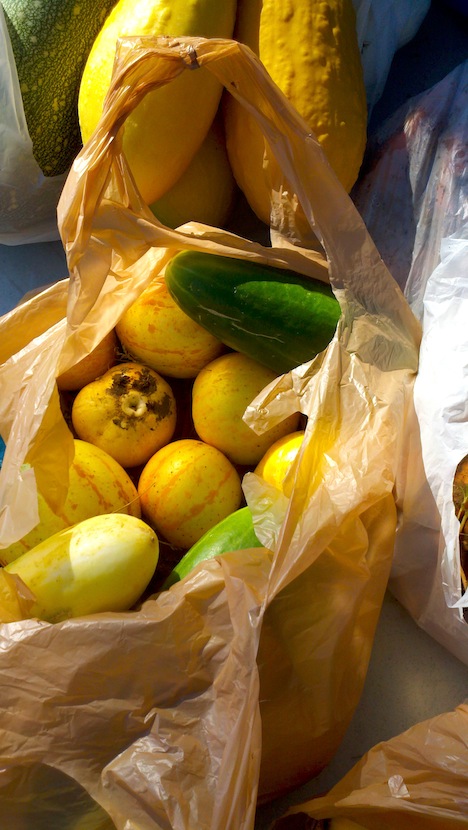 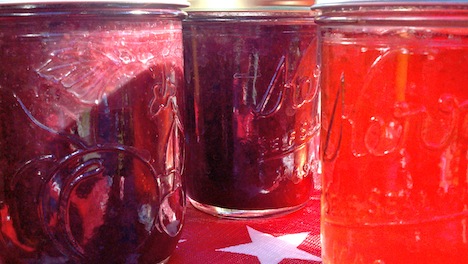 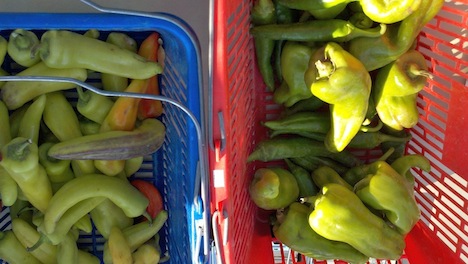 Alice, the founder of the Miles City Farmer's Market was also at the market that morning in full regalia (butterfly wings and matching crown). Although she reports that she's "just a vendor now" she clearly delights in selling her heirloom variety, knobby French winter squash called Brodé Galeus d'Eysines (which means "embroidered with warts"). 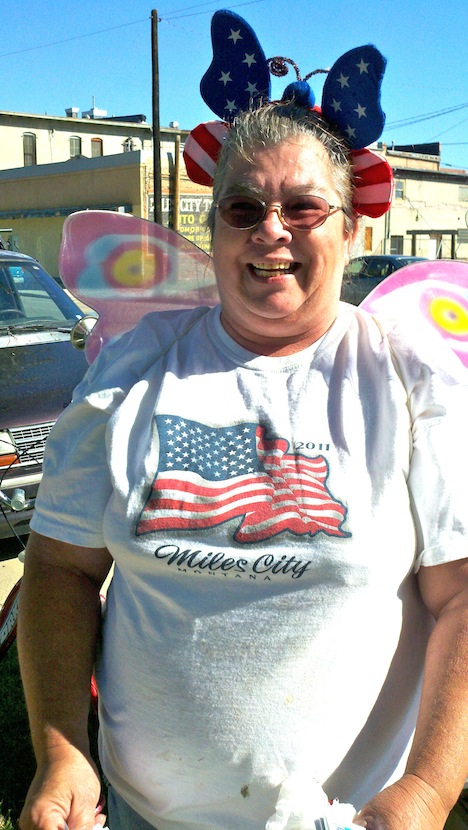 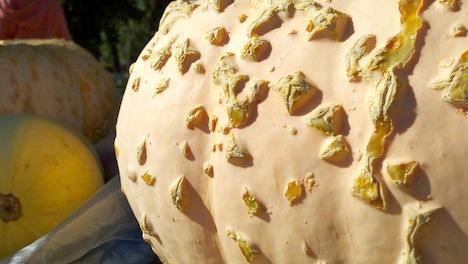 Alice (above) and her Wart Squash (below)

I spent more time wandering from vendor to vendor from homegrown honey stalls to handmade soap with interesting names such as Monkey Farts (essence of bananas) and Dragon's Blood (essence of cinnamon). This small market that was started over 15 years ago had it all and was evidently thriving. There was an unmistakable air to the market too: an air of humility. Selling and trading goods with friends and neighbors has a long tradition in Miles City and now that there is a formal Farmer's Market they didn't feel it should change anything. As I cycled away from Miles City I couldn't help but smile at the lovely people and their group efforts—the foundation for designing a more sustainable community—that I discovered in only a morning.