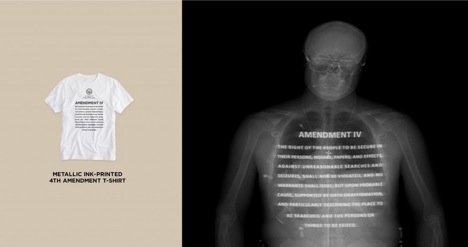 Now there's a way to protest those intrusive TSA X-ray body scanners without saying a word. Underclothes printed with the 4th Amendment in Metallic Ink. Let them know they're spying at the privates of a private citizen. The 4th Amendment to the US Constitution is readable on TSA body scanners.

4th Amendment Wear made a statement without having to say a word. It's what we considered 'technological Judo' - it used the very act of invading someone's privacy to communicate a message that questioned how far Americans were willing sacrifice that sense of privacy. It didn't outright condemn the search - it just raised questions. It gave the wearer a sense of individual liberty to be able to express their concerns, while not causing a disturbance. 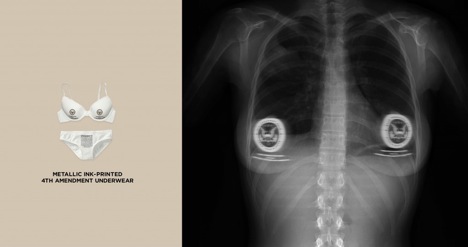 Matthew Ryan: The public response to 4th Amendment Wear has been tremendous. I don't want to say too much... some very exciting plans starting to take shape.

Matthew Ryan: 4th Amendment Wear has been an amazing journey. From inventing the metallic ink formula to launching a clothing line readable on TSA airport body scanners. Everyday had a new set of challenges, having to figure out each step from scratch to create something that had never been, done before!

Lots of late nights!!! Lots of fast food!!! but all the hard work was definitely worth it. It showed me that anything's possible when you've got an idea you personally believe in, and one that you're convinced will engage people. 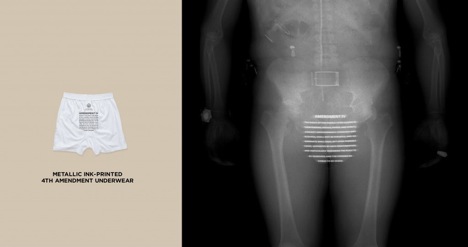 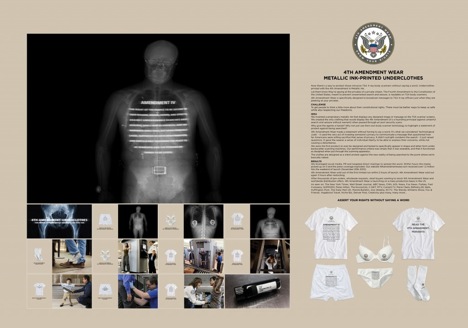