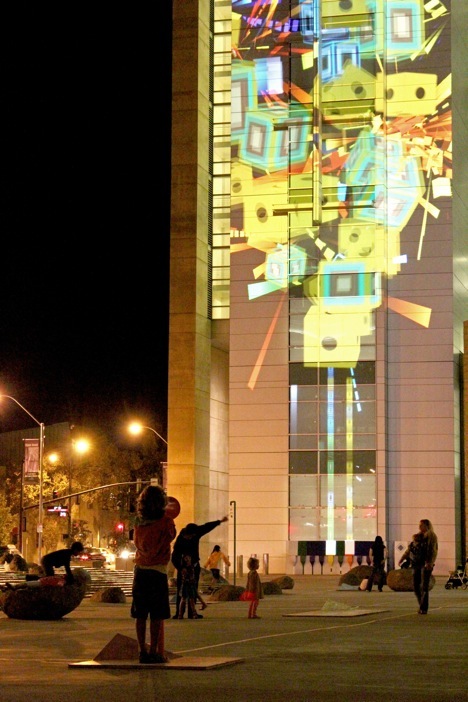 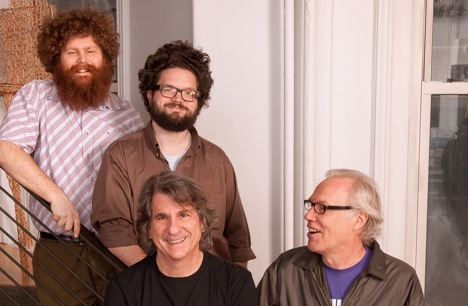 Plug-In-Play is an interactive installation consisting of an architectural scale projection and a series of networked input platforms representing a playful take on the future of the connected city. It was the central installation of the 2010 01SJ Biennial in San Jose, CA by the LAB at Rockwell Group.

Plug-In-Play was a response to the theme of the 2010 01SJ Biennial: "Build Your Own World." This theme is predicated on the notion that innovative individuals worldwide can make a difference by building unique and distributed city-wide platforms for creative solutions and public engagement.

The Rockwell Group digital interaction LAB took this theme as a challenge to show the growing connection between the physical and virtual in urban life, and to explore the role this connection plays in shaping the cities of tomorrow.

The second challenge that we faced involved the site itself, Richard Meier & Partners Architects' San Jose City Hall. The large, iconic site provided both a practical as well as conceptual challenge: how were we to address such a large and unique site, and how could our installation meaningfully address the location as a civic space?

Thus, the problem we set out for ourselves was to acknowledge and explore the growing role of technology within the context of civic space and to do so in a way that both activated the architectural space and created a physical link to the virtual world. 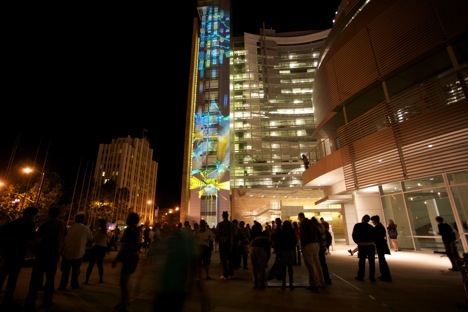 We have used Plug-In-Play's underlying technology on a number of recent projects to allow physical objects to communicate to virtual ones. And we are really excited to be talking to several cities right now to bring the idea of an interactive projection with physical inputs to a permanent location. This next project will act as a platform for artists and designers to explore urban scale interactive projections without having to rebuild the hardware and software each time. We are really grateful that the city of San Jose and Zero1 gave us the opportunity to explore the ideas of interactive civic space.

Among the most important lessons learned on this project was about the challenges of scale. Despite all of the technical hurdles that we bridged to allow all the sensors and web technologies to talk to each other, one of the largest challenges turned out to be physically blocking the windows for projection, given our small budget and due to the project's large scale. 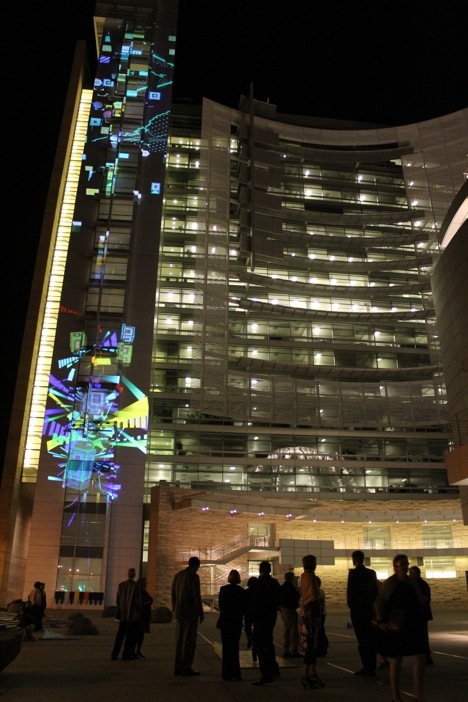 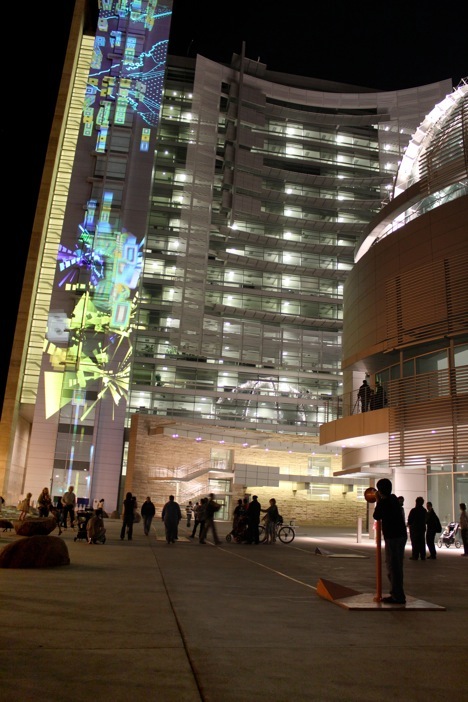 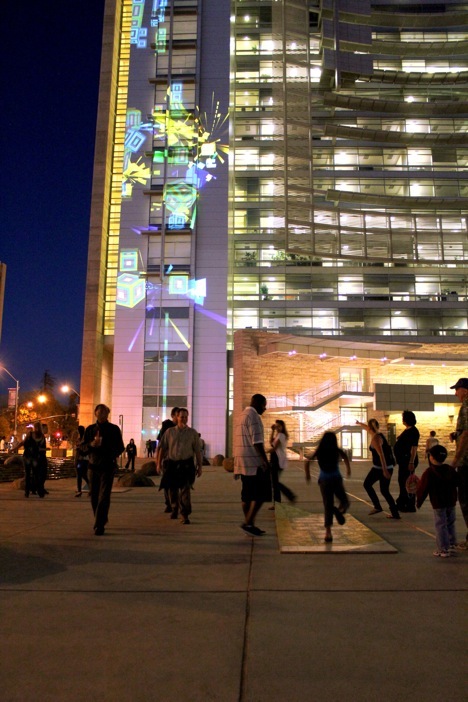 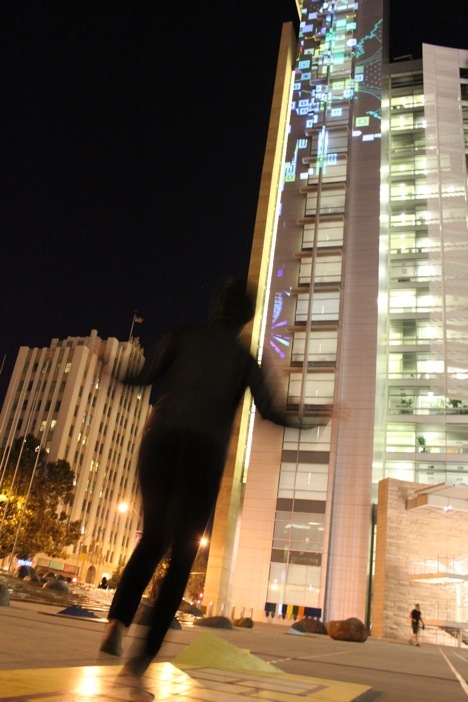 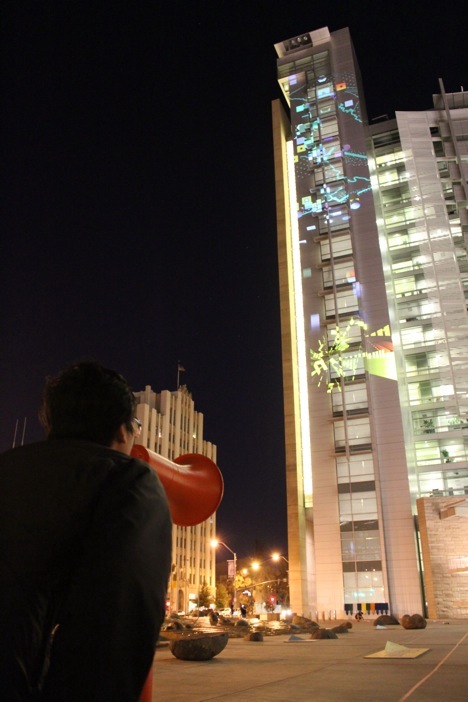 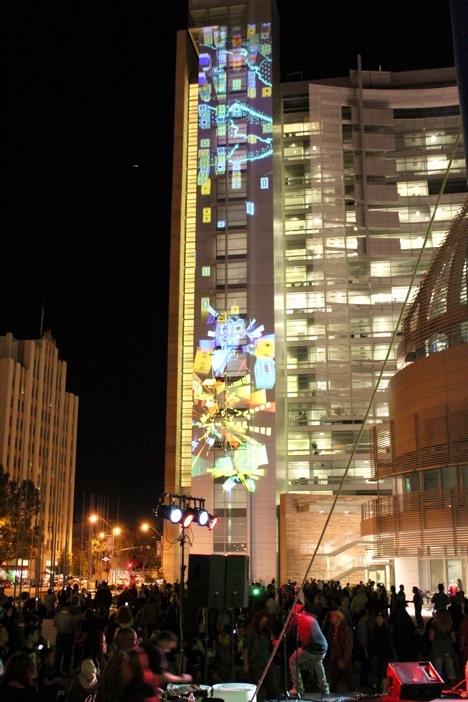