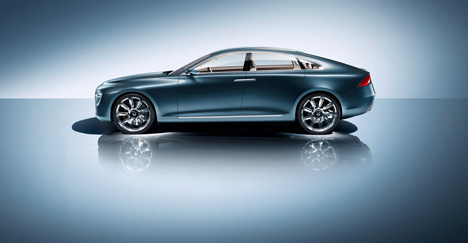 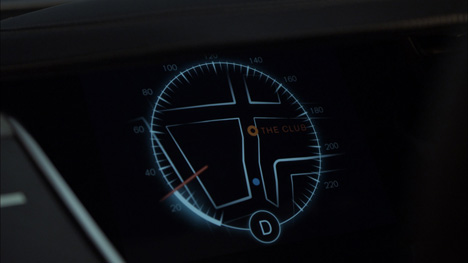 Volvo has gone second person for the second edition of their "Concept" series: where the inaugural installment was mostly exterior, with just a tease of a high-tech interior to match, the "Concept You" features a fully functional digital cockpit, which boasts touch screens and eye sensors that activate them (because sometimes touch just isn't enough):The control centre in Concept You consists of four main areas; a digital Driver Information Monitor, a head-up display on the windscreen, a touch screen on the upper part of the centre console and a touch screen between the two individual rear seats. The wood/leather steering wheel has aluminium and glass paddles with integrated touch screens.

The touch screen in the upper part of the centre console remains in sleeping mode until the driver looks at it. A hidden infrared camera registers the eye movements and information is displayed on the screen. Another sensor registers hand movements and triggers the infotainment system's control mode. The possibilities are different depending on if the screen is approached by the driver or by the front seat passenger.

"Certain functions, such as surfing the web, are only accessible from the passenger side while the car is rolling. The technology knows who is the present operator and adapts itself automatically," says Peter Horbury. 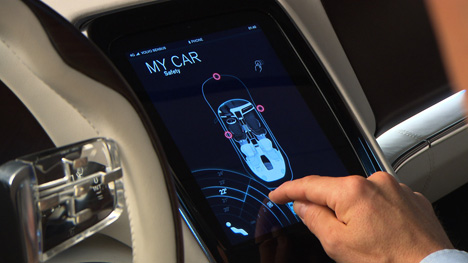 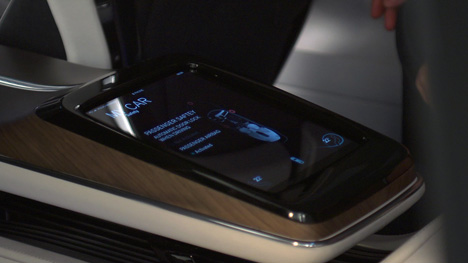 I can only imagine that the entire system self-destructs if both the driver and the passenger are looking at the touch screen at the same time... 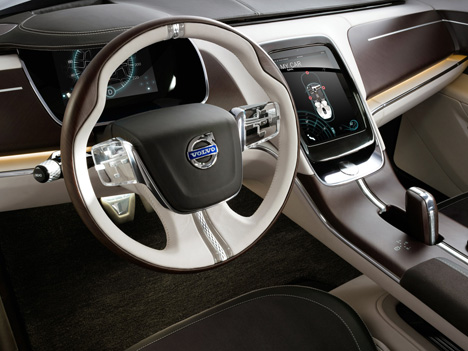 In addition to the futuristic combination of visual and tactile controls, the "infotainment system"—not to be confused with infomercials, though a Shamwow might come in handy for keeping those surfaces clean—has a state-of-the-art "air-powered" sound system by Alpine:It features the unique FreshAir subwoofer - a not yet released technology, co-developed with Blueprint Acoustics of Australia, that uses the air outside the car to create the ultimate listening experience. While a traditional subwoofer weighs 10-15 kilos, the FreshAir subwoofer weighs 1,5 kg, making the Concept You a more fuel-efficient car. With only 2W, the FreshAir subwoofer gives the same output as a 200W unit in a traditional system. 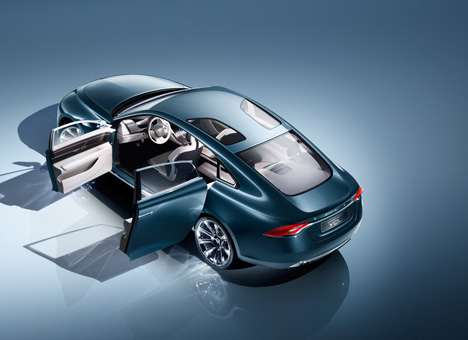 The exterior, of course, is as sleek as that of its predecessor, though the design team has notably reverted back to the more traditional grid-style grille. (I imagine that most automobile owners keep their Ding Kings in the same box as their Shamwow.) 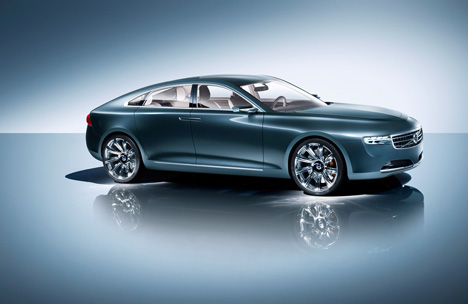 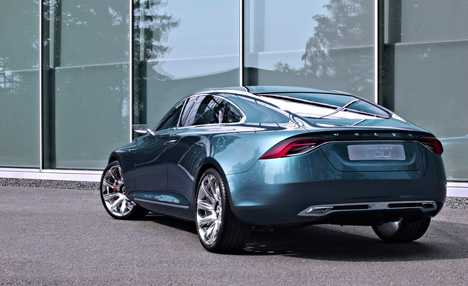 Or maybe it's Volvo's answer to Cadillac...