The Next Generation Brailler 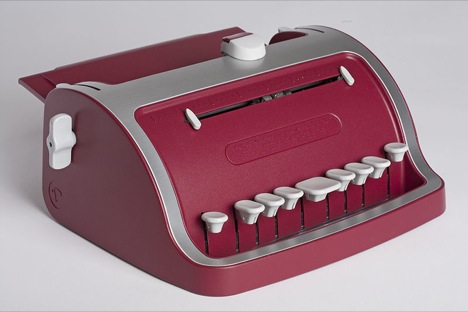 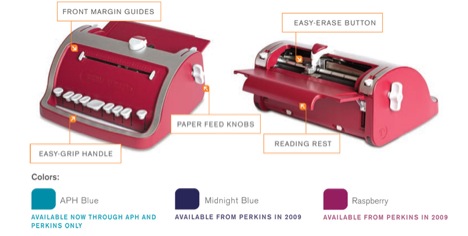 Instead of the usual 40+ keys found on a typical typewriter, the Brailler only includes six dot keys (one for each dot in the Braille alphabet), a space key, a backspace key, a line key, and an erase key (the newest addition). The paper feed is specially designed so as not to crush the raised dots in the paper. For a complete history of Braillers, see here. 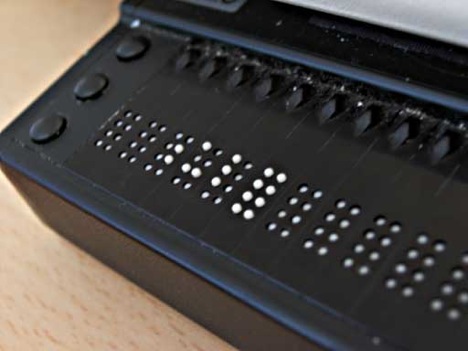 I find it interesting that the solution to a rather large social issue is still so analog. Sure, we've seen Braille watches on Kickstarter and then there's the electro-mechanical refreshable Braille display, but no solution has seemed to really catch on and instead we see the reemergence of technology from half a century ago. Meanwhile, the recently-Kickstarted 6Dot Braille labeler might be among the more promising new developments for the blind.

It's also interesting to consider that we're just now entering the world of touch interfaces and computing, yet Braille was pretty much the original in touch communication.

The Next Generation Brailler