Chicago-based creative Josh Harker spent over ten years as a designer before committing to fine art, which explains his interest in the ever-evolving domain of prototyping technology. He's been drawing for his whole life, exploring highly-detailed "tangles" in two dimensions for some two decades. A few years ago, "a perfect storm of software, technology, & materials engineering all came together" to allow him to explore his ideas in three dimensions. 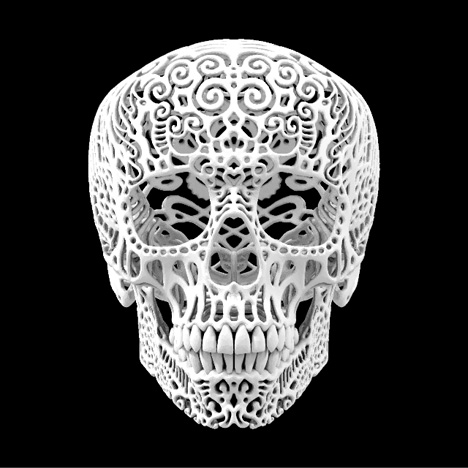 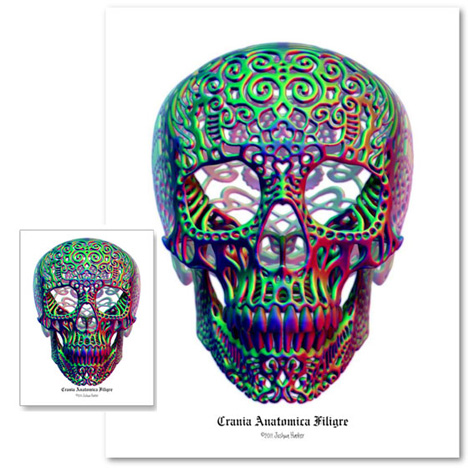 While much of his existing work consists of organic abstractions, executed in bronze as well as more traditional 3D-printable mediums such as polyamide nylon, he's pleased to present "Crania Anatomica Filigre," an intricately-patterned skull, on Kickstarter.

For those of us (read: Core employees) who might not have the discretionary cashflow to drop hundreds to thousands on contemporary artwork, it's a sweet opportunity to own a limited edition sculpture—especially one that has a timeless appeal while capturing this moment in 2011, when 3D-printing has become viable on a large scale (via Kickstarter, no less). 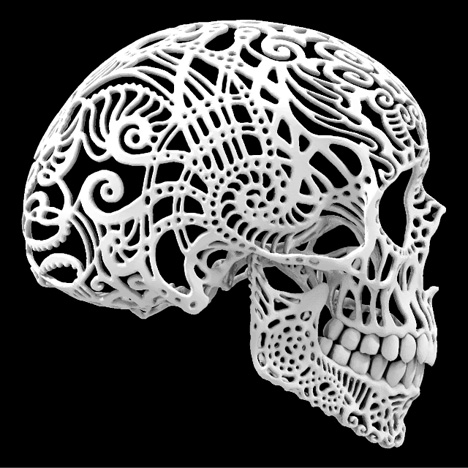