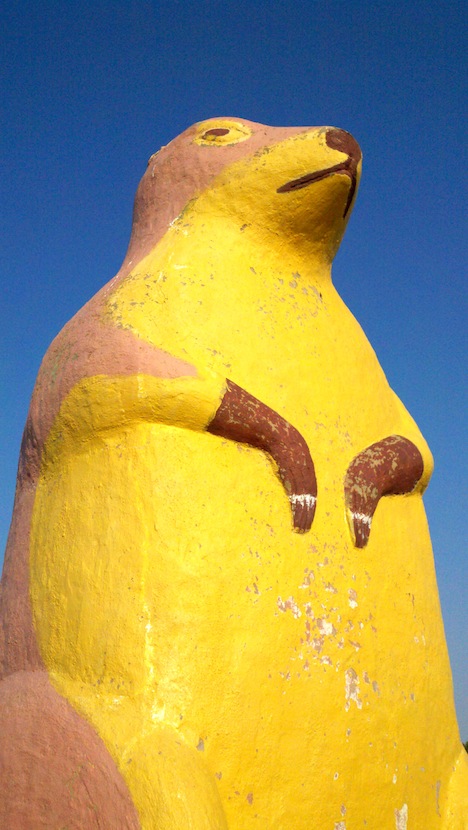 Sustainability: the ability to sustain. The capacity to endure. To maintain, regenerate, energize, restore, recoup, go on, last, make it, survive.

I know that I couldn't have even considered sustaining the planning and pedaling required to Ride the Talk without the unwavering support of my unsung heroes. But what I didn't realize is how much of my ability to endure, motivate, inspire and engage would be undeniably linked to my growing community of new supporters. Most of these folks don't know me from a hole in the ground, they may have never even heard of MCAD, or sustainable design for that matter, but somehow they want to "ride the talk" right along with me.

These people have done more than open their wallets to help the future students of MCAD's sustainable design program, they open their hearts and minds to the cause, to the potential, to the dream. Together we have created a positive feedback loop: one that energizes and inspires the other. We immediately bond and create another connection in the web of the expanding community. We need each other in an un-needy way. We help each other by sharing and caring.

These everyday heroes are unassuming and come in all sorts of shapes, sizes, ethnicities, job descriptions and vehicular choices but they are cut from the same cloth in a few defining ways: 1) they are give spontaneously, generously and unconditionally, 2) they are unflaggingly positive and 3) they're magnetic. Number three might seem a tad hokey but what I mean is that there is a sense that they drew me to find them—like they were waiting for me to show up so that they could lend me their support.

Here is an all-star lineup in order of appearance:Core77 (New York, NY): since before I even hit the road, the Core77 editors have genuinely and eagerly supported the ride and my on-going blogs. I hope that we'll cross paths one day.

The burrito lady (Broadus, MT): who did a U-turn on Hwy 89 South to offer me a hot breakfast burrito and chilled water, saying, "my kids do this too," referring to the cross-country bicycle tour thing. A day later she caught me on her return trip to ask me if I needed any Gatorade. My heart warms just thinking about her giving to me as she would her own children. 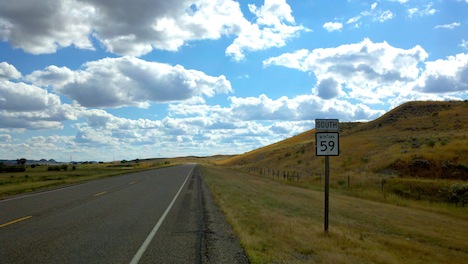 Diane, owner of the Stoneville Saloon (Alazada, MT): who nonchalantly told me I could camp by her Saloon for free, if I wanted, and proceeded to show me unlikely tent spot options. I felt safe near her and her saloon despite the fact it sat in the middle of nowhere along a trucker's highway. Believe me, no one would mess with Diane.

Austin (Spearfish, SD): an amazing friend who actually carried a peach pie from Iowa to South Dakota for me. Possibly the sweetest thing a person could do for a calorie-starved cyclist. I left our pie meeting with joy in my heart and a full belly. I even took some to go in a paper cup held by my water bottle cage. 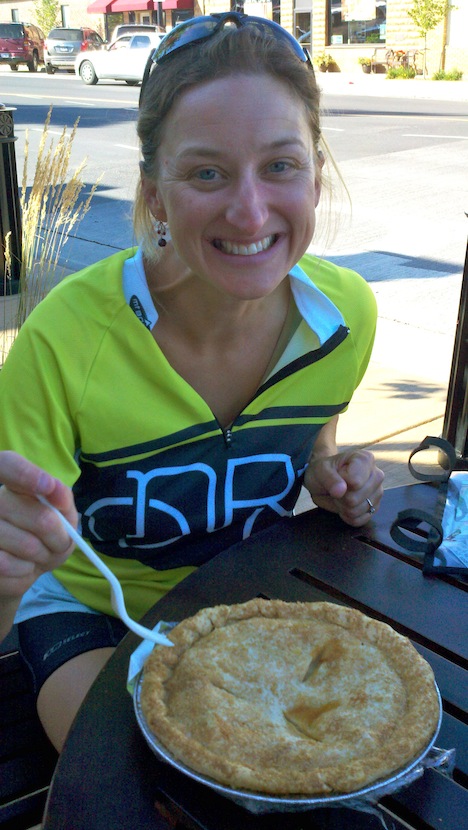 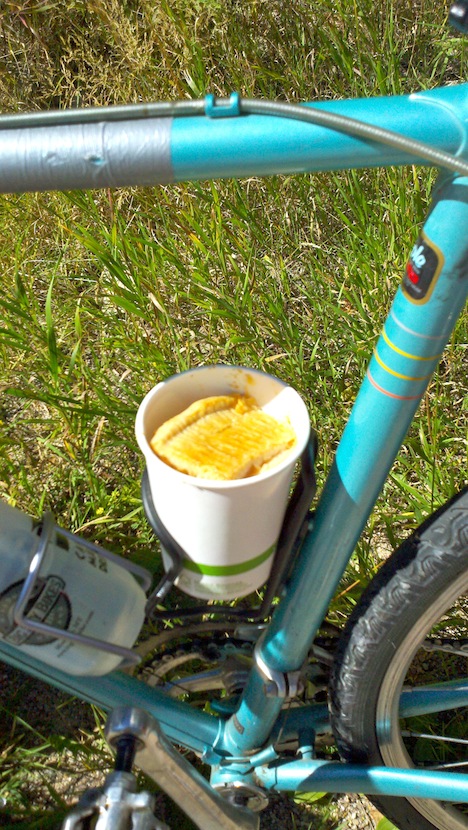 John (Spearfish, SD): personally guided me through the town to avoid construction and traffic. He gave me the awful truth about the climbs through Spearfish Canyon, Lead, and around Mount Rushmore. I could see in his eyes that he was concerned for me (and in the number of times he shook his head) but somehow he confidently conveyed his belief that I could do it and I would do it. And, I did do it!

The restaurant people (Cheyenne Crossing, SD): who, after hearing all about my trip, insisted to pay for my lunch, as it was the "least they could do to support me."

The Super 8 folks (Deadwood, SD): I swear I only talked to these people for less than two minutes before they pressed a crisp twenty in my palm. They also suggested that I go around asking the casinos for money. (I decided against that idea although, in hindsight, may have been a good one.)

The Montana Harley crew (Keystone, SD): who took me in for the evening and became my home away from home for a few hours. It felt like having my parents and in-laws around me with their interest, positivity and protectiveness (albeit they wore a lot more black and leather clothing than my elders typically do). Moral of the story: when in need, ask a Harley-rider for help.

Ricky, new owner of the Caputa Store (Caputa, SD): he not only gave me a free, shady camping spot out of the blazing sun and unflagging headwind; once he found out about Ride the Talk gave a financial donation and declared the home-cooked meal he prepared for me from his own Roadhouse kitchen "on the house." 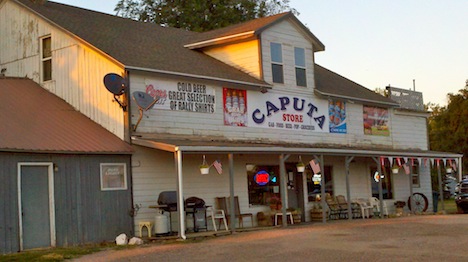 Prairie Homestead lady (Badlands, SD): who gave me a package of postcards to send to friends and family who'd be "worried about me and want to hear from me." 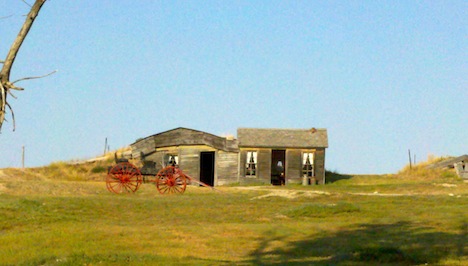 Tom and Ellen (Pierre, SD): amazing WarmShowers.org hosts who put me up for the night because they want to provide a safe haven and a bit of home to people cycling across the United States.

Thank you to each of you for going the extra mile to sustain me. And to all the others that are drawing me to them right now, thanks in advance. 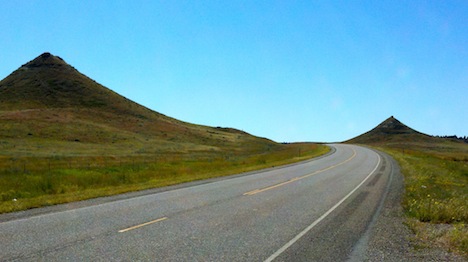