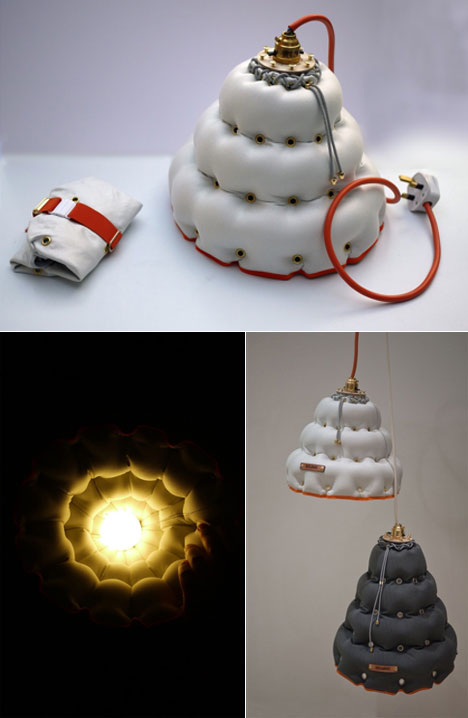 On trips to Ikea, as a designer I can't help but be impressed with how flat they're able to render certain pieces of furniture. But industrial designer Jy Yeon Suh, a recent graduate of Central Saint Martins, aims to do them one better with his Bojaki line of inflatable housewares: Lamps, tableware and seating, constructed from what looks to be some sort of canvas held together by stitches and rivets. Absent its gaseous contents, this stuff will fold really flat. 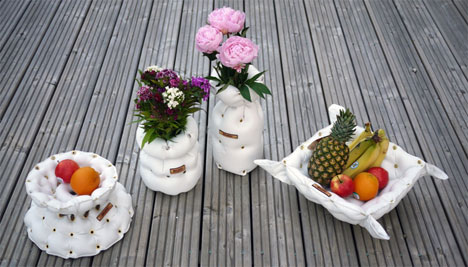 Thus far it appears to be concept work, but we like the concept: In addition to low shipping fees and relatively tiny packages, the idea is that the user would form a connection with Bojaki goods, however slight, by the mere act of inflating them after purchasing. While not as dramatic as watching a print photograph slowly develop an image in a chemical bath, the inflation sensation would surely stimulate the same region of the creative brain. 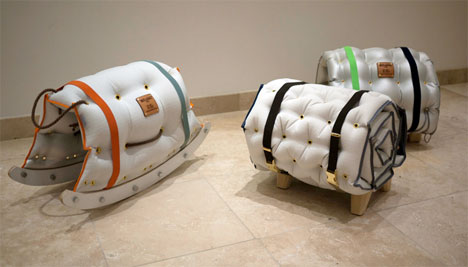