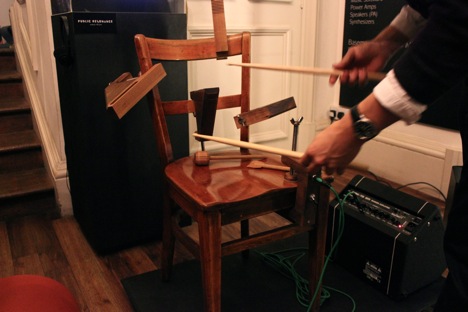 Students on the Design Products course at RCA, London have collaborated with Yamaha on a range of concepts for musical performances. Yamaha challenged the students to break the boundaries between performer and audience, encouraging participation and collaboration. The student group have put their work on display in the Yamaha flagship store in Soho as part of London Design Festival.

Inspired by the impromptu nature of busking, "Public Resonance" by Sam Weller is a selection of G-clamp pick-ups that allow street-performers to turn any object into a percussion instrument. Check out the video below to see Sam testing out his concept on curious passers-by on the Southbank. 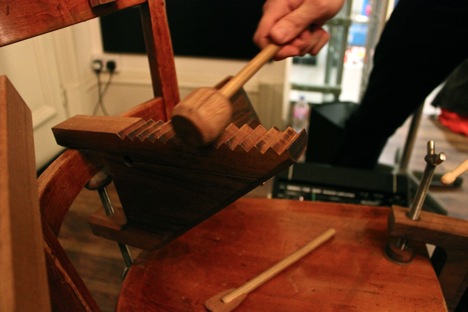 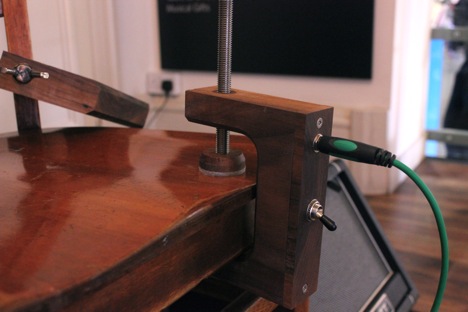 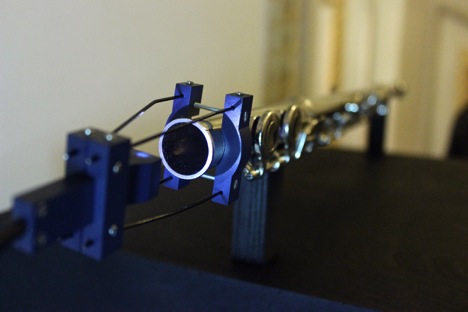 "Music Within" is a fascinating concept by Petter Thörne and Youness Benali. The pair have attached micro-cameras inside guitars and drums—and on the end of a flute—to provide, through a live projection, an extra visual element to music performances. 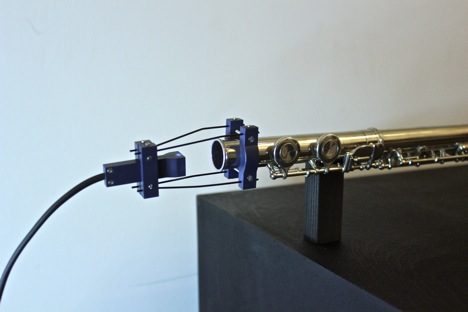 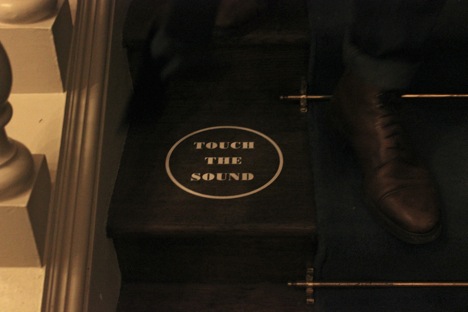 "Touch the Sound" by Lingjing Yin is a concept that take the instrument out of music. With under floor sensors and an Xbox Kinect camera, the installation creates music as two users move together and touch, responding even to the slightest tocuh of the fingers, as the conductivity of the touch skin is sensed underfoot. Lingjing imagines her concept as a way for dancers to integrate music creation into their performances. 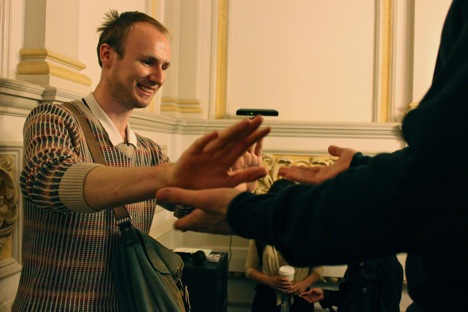 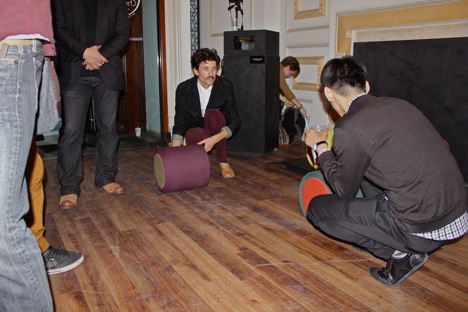 Anton Alvarez's "The Cisum Music" separates the different components of musical pieces into different cylindrical pieces. The composition comes together as the pieces are rolled back and forth. 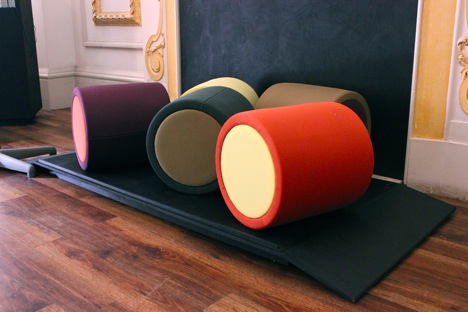 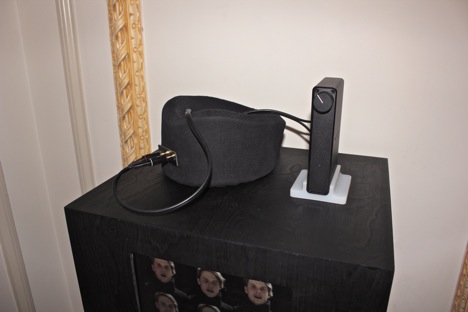 Nic Wallenberg's "The Human Speaker" turns the voicebox of a performer into a speaker via a fetching neck brace that " bypasses the vocal chords and transmits vibrations directly into the upper throat"—the pieces making a variety of instrument like noises as Nic demonstrates in his video below.