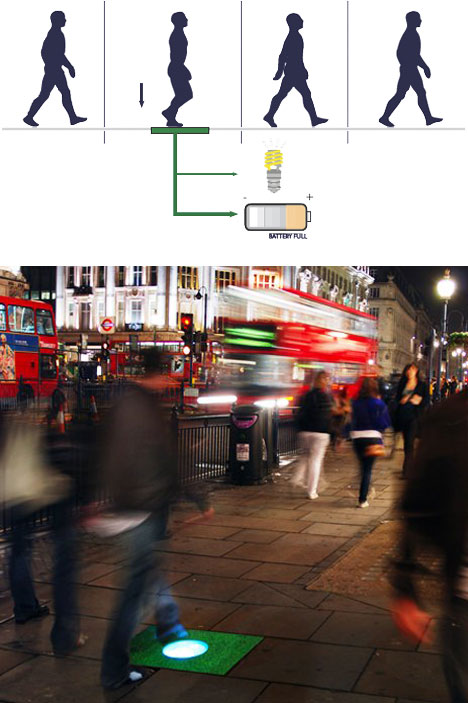 Several years ago, British entrepreneur Laurence Kemball-Cook built his first Pavegen electricity generating prototype while studying Industrial Design & Technology at Loughborough University. The Pavegen is a floor tile, similar in concept to (though developed independently of) the Sustainable Dance Floor from the Netherlands. Like that product, it captures electricity generated by footfalls, making it an ideal way to generate power from nothing more than people walking over it.

In December of last year the Pavegen began real-world trials at a grammar school in Kent, and now Kemball-Cook has received his first commercial order for the system: The new Westfield Stratford City Shopping Centre in East London plans to roll out a grid of Pavegens to power the lighting. "30 million shoppers a year = great for Pavegen!" tweeted an exuberant Kemball-Cook on the mall's opening day.

With tops surfaced in 100% recycled truck tires, the Pavegens are designed to withstand outdoor punishment. A good thing, as Stratford City plans to install the tiles outdoors in a main crossing between the shopping centre and the London Main Stadium, an area expected to see the heaviest foot traffic. 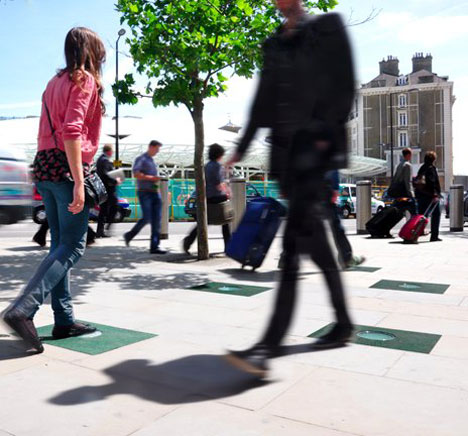 Earlier this year the Pavegen won the Big Idea category of the UK's sustainability-centric Observer Ethical Awards, and Kemball-Cook is now a contender for the Shell LiveWIRE Young Entrepreneur of the Year 2011 award, which would bring in 10,000 pounds Sterling.

You can learn more about the Pavegen and how it works here.