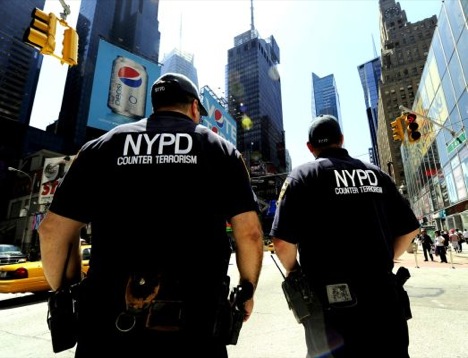 A really fascinating video from 60 Minutes on the NYPD's Counter-Terrorism Bureau is making the blog rounds today. As fascinated as I am by all the Orwellian or futuristic technologies—including the supercomputer that can track suspicious packages—I'm more interested by the NYPD's attempts to solve what is seemingly an impossible problem: how to protect the 8 million citizens of New York City from any kind of terrorist attack.

Obviously there is some very serious systems thinking going on here, tackling the problem both as a unified whole and as miniature systems within the bigger picture. For instance, there are very different approaches to a nuclear threat (the segment on handheld and boat radiological detectors) and to a threat from recent immigrants (the segment on the cricket league). Each threat could potentially murder many New Yorkers, yet instead of going after the issue of a potential terrorist attack with one approach, many diverse ones are employed instead. And, for once, the "security theater" actually seems to be effectively deployed as opposed to anything the TSA has come up with—just ask Bruce Schneier.

Watch the video and let us know what you think!