Would You Kickstart a Bench? Maybe the Second Time's the Charm...

A few months ago, we picked up on Dario Antonioni's Kickstarter campaign for "Botanist Minimal," an article of furniture that may or may not have needed crowdsourced funding. Just over a month after we posted it, the bent-poplar bench was successfully funded (as we had predicted) at nearly twice the goal, so the meta-level questions about the DIY spirit of Kickstarter were moot points. 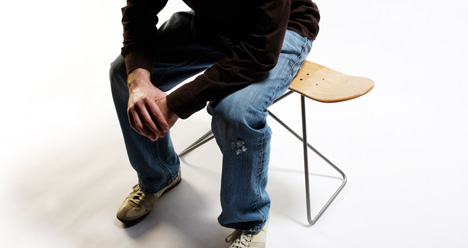 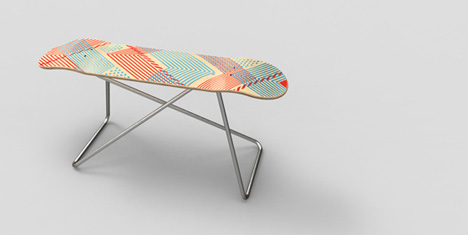 Which is a long way of saying that there's another, arguably more deserving, bench on the Kickstarter market: as of press time, Jonathan Kemnitzer's "Skate Bench No. 1" is roughly 60% funded. Again, it's a bench with an uncompromisingly minimal form factor, though its usable surface is limited to one adult: the seat is simply a skate deck (new or used) that sits atop a stainless steel frame that matches that of the Eames Low Table Rod. 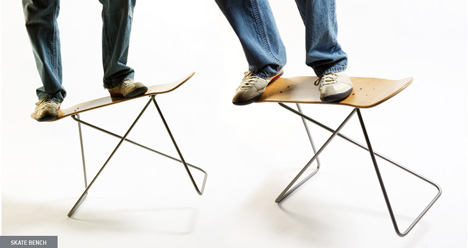 The pitch after the jump:

A complete "Skate Bench" will set you back $150, though retail will be $240. It's not as steep a discount as the ˜60% off the $799 MSRP of "Botanist Minimal" (which is currently available for $500—"THIS WEEK ONLY"—online), but it's more or less a steal for a bit of hipster-chic decor. Let's just say that a set of benches will come in at a fraction of the price of the Eames table. 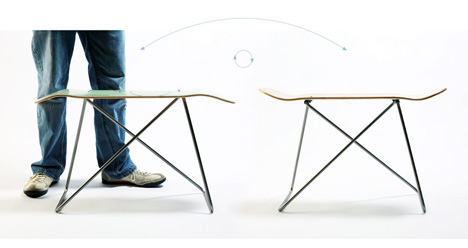 The project is an extension of Kemnitzer's day job as the principal of Kem Studio, a Kansas City-based studio that "fuses architecture & industrial design." Additional photos of the "Skate Bench" can be found on their website 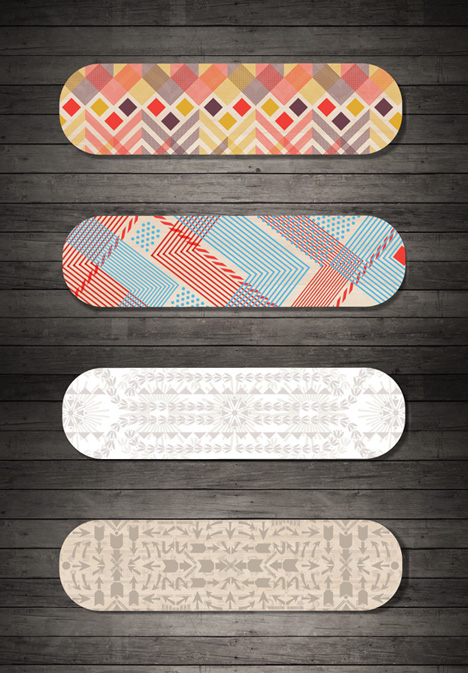