Getting STEAMy in Rhode Island

This past Monday was the occasion for Stem to Steam, "a briefing marking Rhode Island's commitment to fostering innovation through the addition of Art and Design to STEM education and research." Photos by Scott Indermaur. 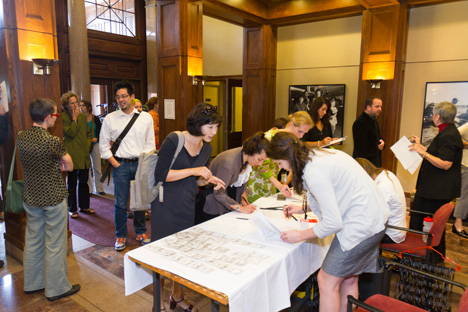 "Our country must integrate art and design into efforts to improve Science, Technology, Engineering and Mathematics (STEM) education and research to reach our full potential for innovation and economic growth."

That was what Congressman Jim Langevin (D-RI) told the audience at a "STEM to STEAM" forum last Monday in Providence, Rhode Island. Partnering with Rhode Island School of Design (RISD) President John Maeda in this effort, Langevin has been working to make STEAM a national priority. The Rhode Island event was not the first of its kind; a congressional briefing had been held by RISD in cooperation with Langevin earlier this June in Washington, D.C., as part of an effort to draw national attention to the movement. 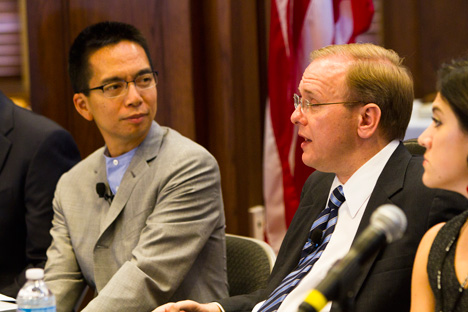 As defined on StemtoSteam.org:STEAM represents the economic progress and breakthrough innovation that comes from adding art and design to STEM education and research: STEM + Art = STEAM. The value of art and design to innovation is clear: Artists and designers humanize technology, making it understandable and capable of bringing about societal change. The tools and method of a studio-based education offer new models for creative problem solving, flexible thinking and risk-taking that are needed in today's complex and dynamic world. 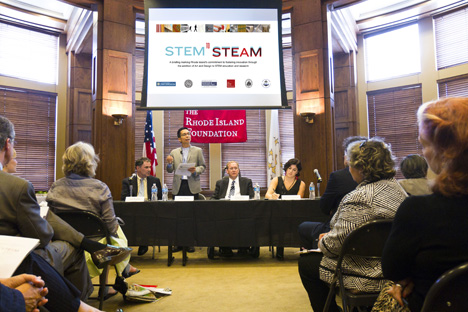 John Maeda welcoming everyone to the briefing

"We had a room roughly three times this size,"

Maeda, President of the Rhode Island School of Design noted about the D.C. briefing when he spoke in RI, "wondering who would show up to talk about science, technology, engineering, mathematics, adding art to the equation. It turns out then, like as now, the room was packed. People were curious about how can art have a greater impact. And I believe it was a testament to the belief that we all have that in this century: there are different ways to look at the future of innovation and those link somehow, in some key ways, to art and design." 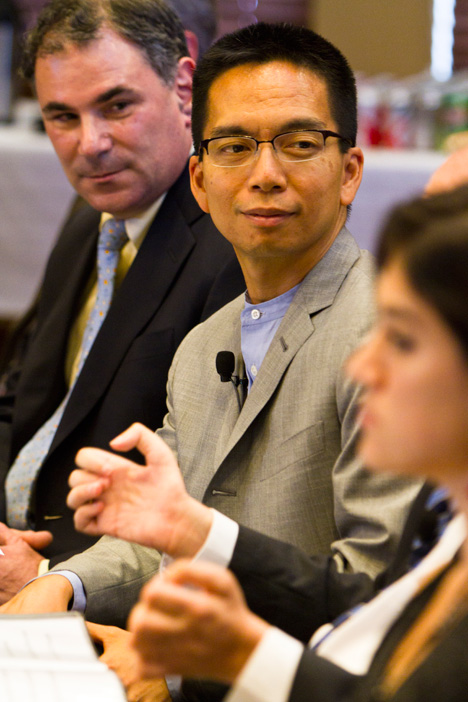 At the RI event, Maeda spoke about how art and design have the ability to humanize developments in science and technology, therefore fueling true innovation—innovation that would lead to economic recovery and cultural prosperity. He cited Apple's iPod as an example of technology that existed for a long time as an MP3 player, "but that nobody ever wanted until design made it something desirable and useful in a way that you could integrate it into your lifestyle." Using the studio method taught at RISD as a model, Maeda spoke to its emphasis on project-based experiential learning as a way for teaching the kind of creative problem solving, flexible thinking, and risk-taking require to challenge conventional ideas and innovate in this today's world. 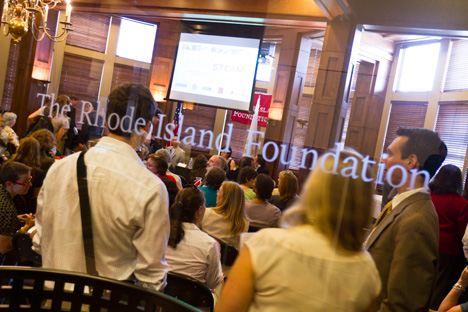 Charlie Cannon, Associate Professor of Industrial Design at RISD, also spoke at the Rhode Island briefing, drawing to attention several faculty members and students at RISD who were already engaged in STEAM-related projects. "[STEAM] recognizes the importance, and indeed, the necessity of creativity for any kind of scientific discovery—whether we're engineers, or mathematicians, whether we're astronomers or biologists," said Cannon. Cannon also spoke about EPSCoR (Experimental Program to Stimulate Competitive Research), of which RISD is the only art school currently in the grant program thanks to their research initiatives with STEM fields. 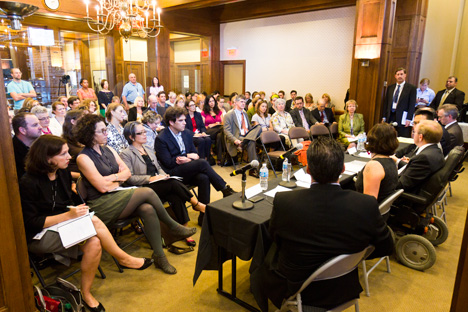 Ultimately, the discussion of the day was how STEAM correlated to innovation, and, in turn, more jobs nationwide. "...the real opportunity for us to strengthen our economy and create better jobs for all of our citizens, is in the gray areas between us, between our disciplines, between our sectors." Saul Kaplan, Founder and Chief Catalyst at Business Innovation Factory, and member of RI STAC, declared that "We spend enormous amounts of time within our silos, meeting and talking with the same people over and over and over again. We spend far too little time colliding with people outside of our silos. That's what we need to do more of." 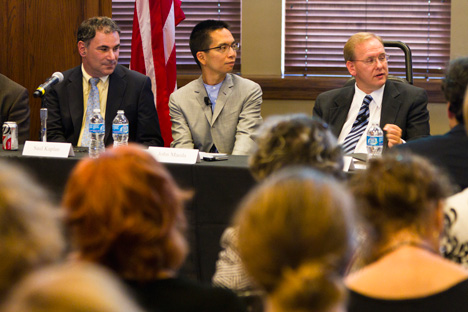 Other speakers of the day included Rhode Island College President Nancy Carriulo; Andrea Castañeda, Chief of the Department of Accelerating School Performance at the Rhode Island Department of Education; and Stephen Lane, Chief Executive Officer and Co-Founder of Ximedica . 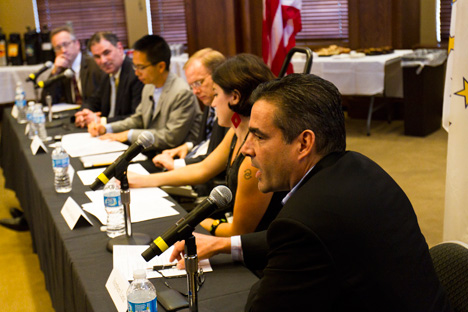 "Why does STEAM policy matter? It is how America will remain competitive and will be the leader of innovation in the twenty-first century. The revolution is happening." 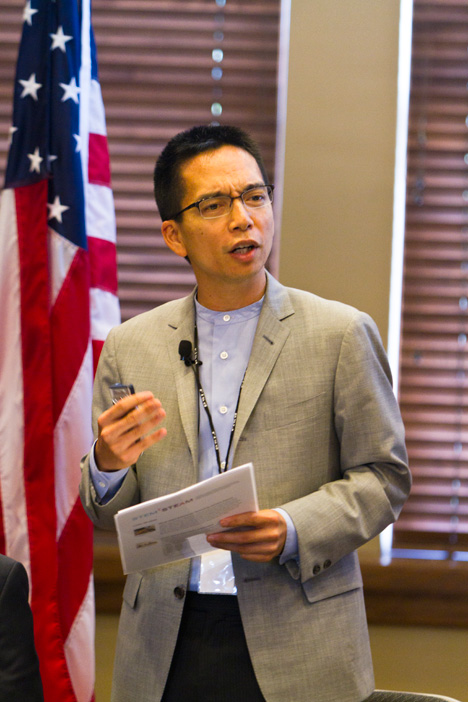 Getting STEAMy in Rhode Island