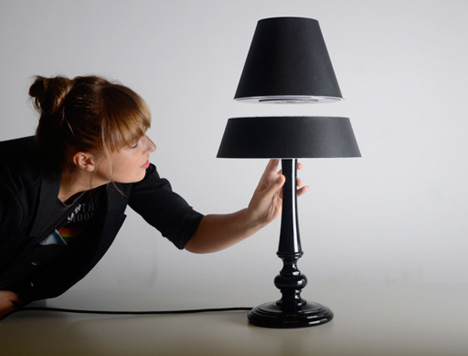 Designer Angela Jansen of Design Academy Eindhoven recently collaborated with engineer Ger Jansen on a pair of skeuomorphic LED lamps that they're currently selling as Light Light. Their website knowingly notes that "It is uncommon for engineers to find good domestic applications for their technology... and it is likewise rare for designers of consumer objects to embrace cutting-edge technology wholeheartedly." Which, of course, is "perhaps what makes the cross-pollination of ideas between Angela Jansen and Ger Jansen so remarkable."The Light Light series creates an incredible visual conversation piece. It is like an optical illusion, yet one that is kind to the eyes and easy on the mind. Once you know how it works, it is still fascinating to behold. It is timeless, classical and, at the same time, contemporary. 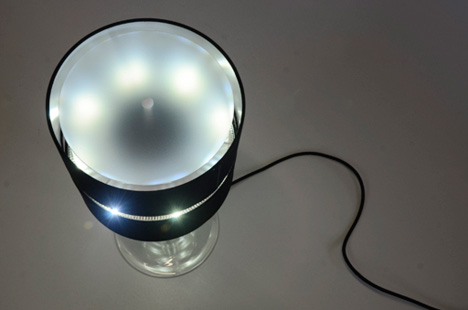 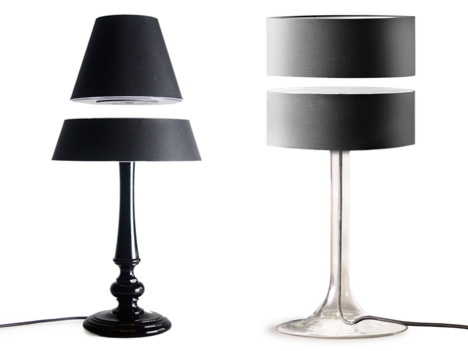 Bombastic copy aside, the products speak for themselves. A handcrafted wooden base complements the semi-conical "lampshade" of the "Silhouette," while a glass base underscores the modern form of the cylindrical "Eclipse." Both of the lamps themselves are covered with matte black fabric, while the lighting element consists of LEDs and mirrors (the new 'smoke and mirrors,' as it were), and are activated via touch dimmer. 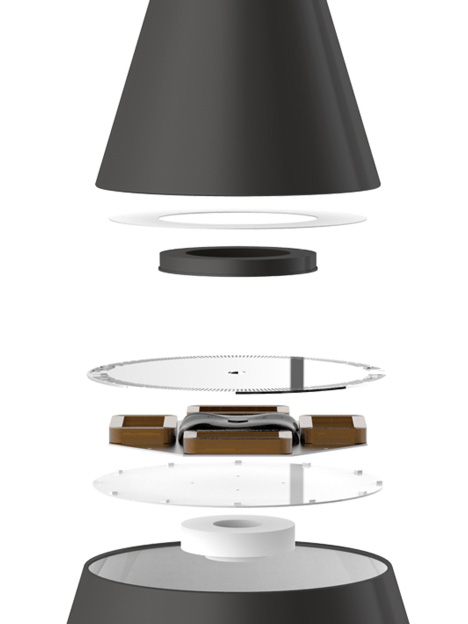 Some assembly required (illustrated below, not above): 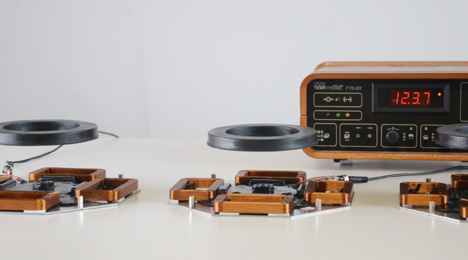 In short, Light Light is (the first?) commercially available electromagnetic levitation—as in MagLev, like the high-speed trains—application for household lighting, developed (and patented) by Ger Jansen. Requisite video below: 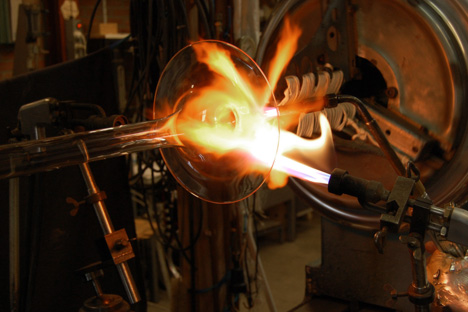 Again, per the designers: "...this handcrafted lamp can be dimmed but never ignored. It's what's missing that makes it so special. This is definitely a case of 'less is more.'" 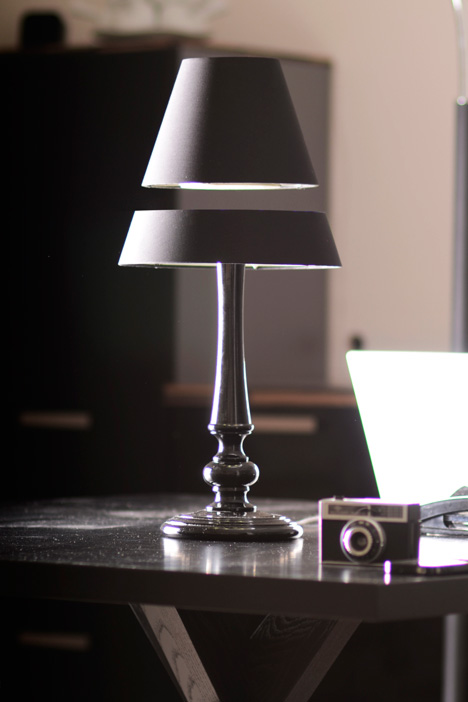 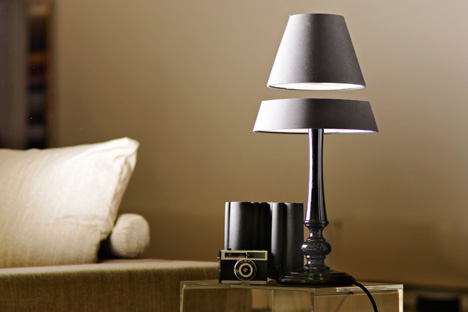 Any way you slice it, Light Light is a pretty sweet: