A Better World By Design: Day One 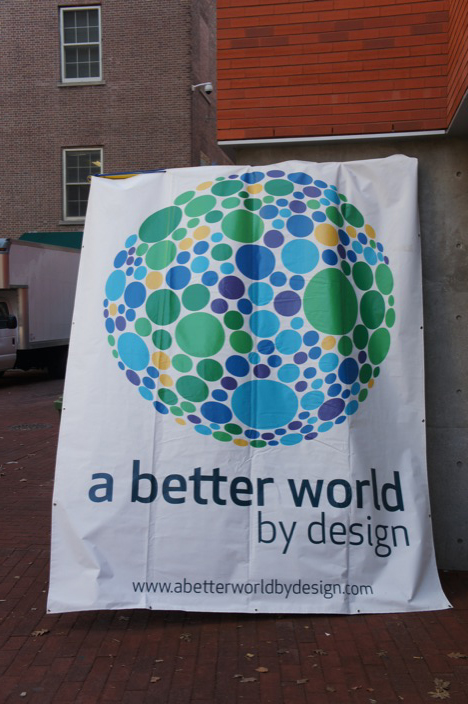 We began the A Better World by Design conference at RISD/Brown with a tour of John Jacobson's mixed-use development, 28 Wolcott Street. Jacobson argued that society needs to "address what we have [in order] to reduce energies," as opposed to continuing to build new architectural projects. Truly sustainable or net-zero buildings should focus on the large steps to reducing energy usage, such as insulation and building envelope, as opposed to the "sexy green" of green roofs and other mostly-aesthetic elements.

Jacobson compared the current assortment of buildings in Providence to "Hummers" and far away from even the minimums of building code. Instead, the future of architecture should seek to produce buildings that are "restorative and heal the environment" as opposed to merely limiting energy consumption. 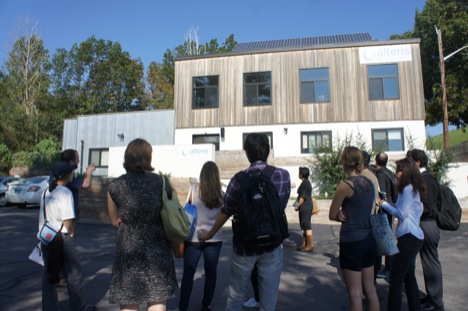 Our next stop was the Steelyard, an adaptive reuse space for artisans and fabricators, and well as maker-fairs and other events. The development took over a neighborhood once littered with "condoms and needles," turning it into a haven for nearly extinct fabrication skills and knowledge. 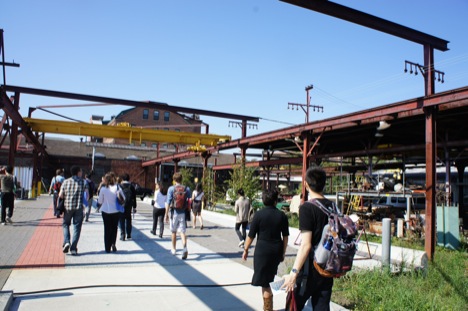 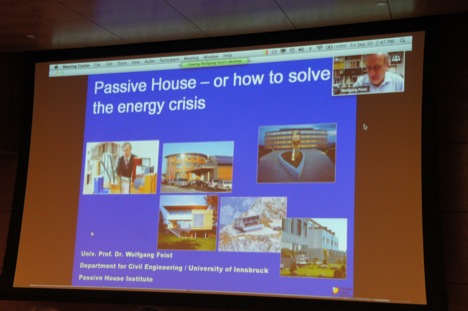 Unfortunately, teleconferenced keynote speaker Wolfgang Feist's lecture on his Passive House twenty years in the making was uninspiring, but follow-up speaker Elizabeth Johansen of Design That Matters (DtM) helped to jump-start the conference back on track. Johansen illuminated the audience with four key points about designing for second- or third-world countries, using DtM's current Project Firefly (newborn jaundice prevention via photo-therapy) as the example in her talk "The Product Butterfly Effect" about using simple products to create systemic effects.

1. "Don't Design for Everyone" - Johansen suggested focusing on a very specific user group, as opposed to trying to satisfy the needs of all users. For example, Project Firefly targets otherwise healthy newborns who are at risk of jaundice.

2. "Think Big and Act Small" - Products at a purely commercial level, said Johansen, can actually have a large effect on innovation at the social level. For example, the washing machine was designed as a time saver, but ended up being key in the feminist movement in terms of allowing women to spend less time at home doing chores.

3. "Mind the Gap" - Designers need to be mindful of the entire timeline of product use and aim to eliminate waste of time or leverage such situations. For example, a new-born is often left either all-night in feeding with their mother or in photo-therapy all-night. Design That Matters created a desktop therapy device for use next to a mother.

4. "Affordable, Not Cheap" - While working with Vietnamese doctors, Johansen was presented with a Catch-22: doctors trust complicated-looking equipment, so they would want to use it in their hospitals, yet they think it is too complicated to use. Simple-looking equipment doesn't get used. Johansen mentioned an American doctor who said, "Even in the US when we tell parents their child has a potentially life threatening condition and all we're going to do is shine a light on it, there's disbelief." There is a fine line to walk between sophisticated technology and simple technology, each of which turns away users in their own unique ways. 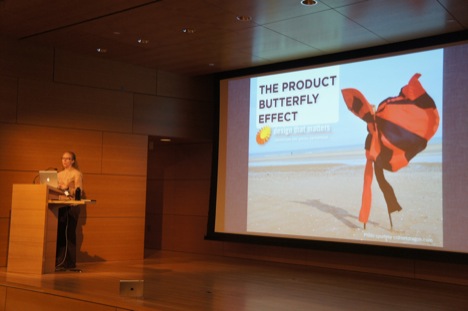 The highlight of the first day, though, was the Better Cities by Design panel, featuring: Willem van Lancker, a Core77 contributor and Google UX Designer; Kaja Kuhl of youarethecity and Columbia University Graduate School of Architecture, Planning and Preservation; and Maria Ebling of IBM Research. 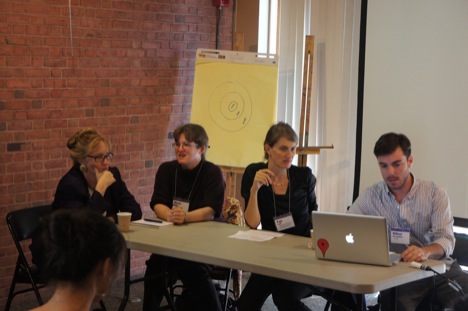 The Better Cities by Design Panel

The more specific focus of the discussion was, How can maps and data improve city life? Willem Van Lancker started off the panel by discussing his Geo/Local Design Research at Google. He discussed the need for the "right map in the right situation," leveraging current technological advancements in mobility and dynamic feedback. The most important aspect of access to mapping, though, is "empowerment via awareness of data." Kaja Kuhl supported this with her belief that map data allows for two uses: advocacy and to affect a shift in behavior. 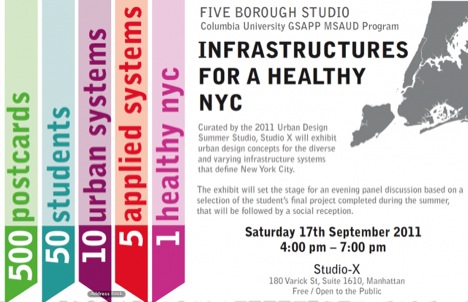 Kuhl continued with descriptions of her work at Columbia, where she works with students to design unique devices that collect their own idea of "data" in the city. Students then use this data, such as indicators of quality of life for children in East Harlem, to find comparisons, correlations, and causes & effects. Lastly, the projects are scaled-up to city-wide proportions to better understand the nature of the city. One of Kuhl's projects found that although crime had decreased in NYC over recent years, the number of complaints against police had actually increased, but the areas full of crime reduction were not the same as the areas full of complaints. Van Lancker ended the discussion with the idea that "we are on the precipice of the ability to make a Wikipedia of the world." This is certainly an ambitious, but constructive, goal. 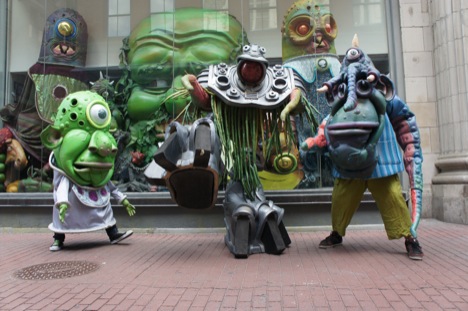 The day ended at our friend Matt Grigsby's mixer at his new incubator space for designer-fabricators, Anchor. The night also served as a launch party for ABWBD co-founder Steve Daniel's magazine, Makeshift, which is now up to over $44,000 on Kickstarter. Our friends BIG NAZO made a surprise appearance, turning the mixer into a dubstep designer dance party.

We look forward to the second day of the conference, which focuses more on design for disaster for relief, as well as the future of design in education. 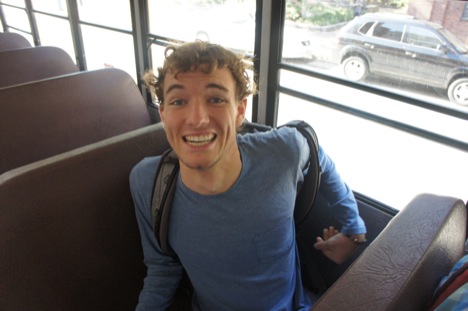