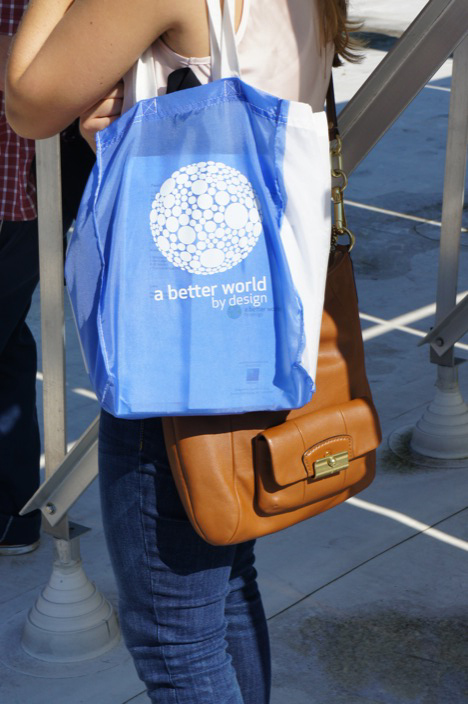 The speakers on day two of A Better World by Design did a much better job of galvanizing the audience with ideas and experiences. First up was Panthea Lee of Reboot [Ed. note: Check back this afternoon for an exclusive interview!]. Lee spoke about the need to redefine our understanding of disasters around the world, as well as how we respond to them. 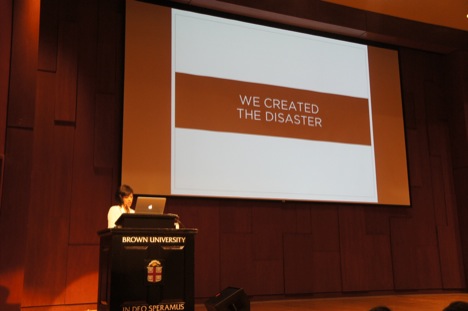 1. We create our own disasters - Countries where systems are already crippled by poor human governance are prone to disasters, with natural phenomena only acting as the tipping point.

2. Disaster response mechanisms don't address the root causes of tragedy - Response to disasters tends to be temporary fixes rather than solutions to system problems.

3. Disasters are lucid moments that lead to opportunity - As terrible as disasters are, they force us to see situations in the world more clearly and to leverage this knowledge for greater change.

4. Design is uniquely suited to addressing structural challenges that underlie disasters - Design should not be limited to building the hundredth disaster shelter, but rather should focus on the bigger picture.

Lee described a project in post-flood Pakistan where Reboot worked to distribute pre-loaded debit cards to displaced families. These Watan Cards not only allow families to access assets for the short-term, but become long-term solutions by giving families access to community banking systems. This is similar to the washing machine innovation in Elizabeth Johansen's presentation yesterday. Lee closed with the idea that "man-made disasters have man-made solutions." 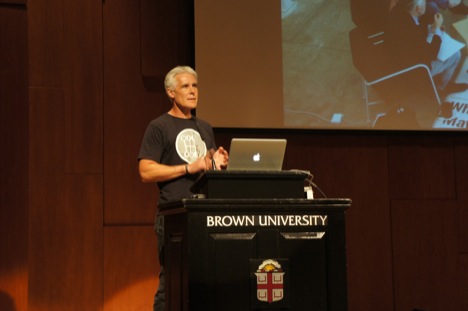 John Bielenberg of Project M and COMMON described his experiences working with students to "think wrong" and to use unexpected innovations to transform communities. For instance, a student with a knack for baking pies started the Pie Lab in impoverished and segregated Alabama, creating a neutral haven for food lovers.

Bielenberg also talked about his work with COMMON, which is a collaborative brandname or a collection of various entrepreneurs under one "branded" roof. Projects included Common Cycles, with a shout-out to our friend Marty Odlin of Alabamboo and the Bamboo Bicycle Project. 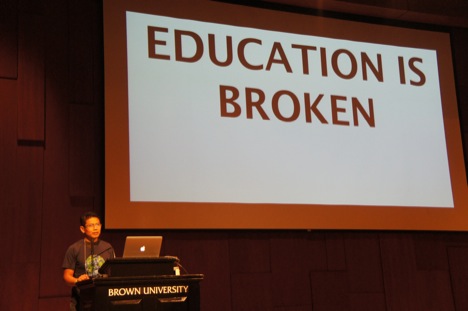 Although Cannon Design's Trung Le did not share any tangible solutions to America's serious education problems, he did stress the importance of redesigning education with children, not only budgets, in mind. Le's four points included:

1. Do no harm - "Children," said Le, "need to move, yet we place them in rigid chairs. We line them up in neat rows, ask them to sit still and listen." This is harmful both to their physical health and to ability to learn in a dynamic and creative environment.

2. Do only good - This is not the same as not doing harm, but rather is about creating environments that go above and beyond the needs of children.

3. Design for diversity - The current model is all about self-contained classrooms that are organized in rows with long, "uninhabited" corridors in between. Instead, the building should be broken up into "multiple academies" with classrooms that more closely resemble a design and fabrication workshop.

4. Failure is essential to learning - We need to have students ask themselves, "How will my education serve the world positively?" More often than not, we reward the status quo and punish experimentation and failure. Rather, the future of education should more closely resemble IDEO's "fail early, fail often" mantra. 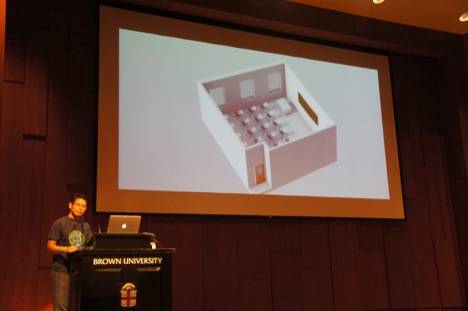 The keynote lecture was the only slow point during the entire day of events. The most interesting point made, though, was from Peter Haas of AIDG, an NGO for small business support. Haas pleaded that "a disaster zone is not the place for experimentation," especially with shelter designs. "Experimentation," said Haas, "dressed up as relief" is extremely harmful to disaster victims, regardless of good intentions or not. Additionally, Dominque Toussaint of Mobilize for Haiti told the audience that one "needs a deeper understanding of what can happen after you provide resources," not just the immediate effects of disaster relief and aid. 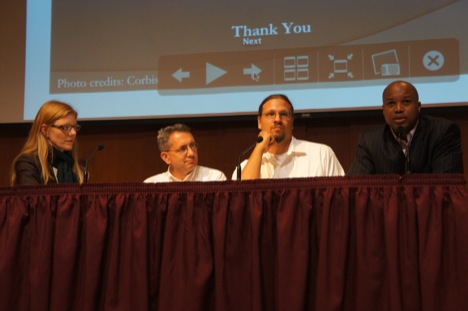 In addition to serving as the launch for Makeshift Magazine, ABWBD also launched the RISD/Brown chapter of Design for America. The workshop quickly became standing room only, with participants ideating on asthma in every corner of the studio. 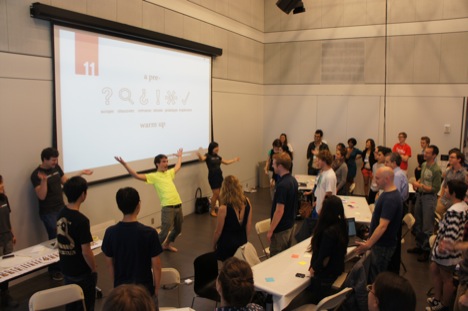 The day ended with the A Better World by Design Gala at the Hope Artiste Village, a huge restored mill building. Dominque Toussaint put the designer crowd to shame with his dance moves. We look forward to one last day of design thinking, innovation, and creativity here in Providence, RI! 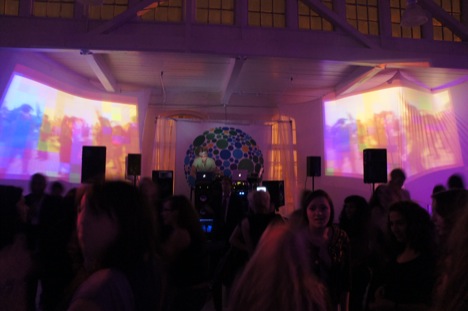 See all of our Better World by Design 2011 coverage:
» Day One recap
» Interview with Panthea Lee
» Day Three recap