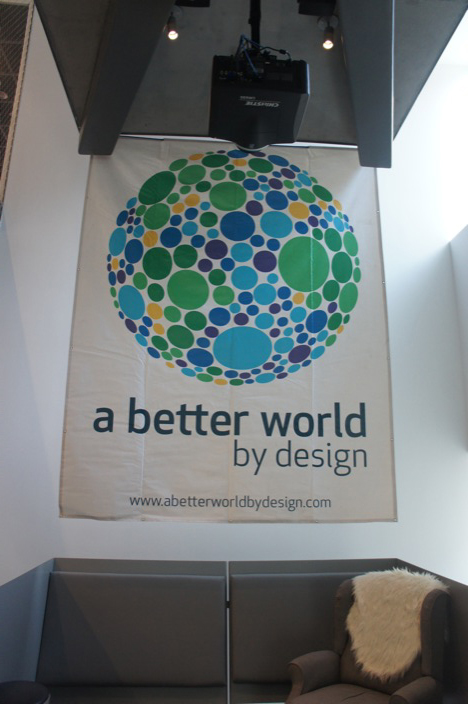 Two days of non-stop design and innovation had worn us down, so we missed most of the morning panels. However, we did wake up in time to attend the annual A Better World By Design Expo, featuring both students and professionals exhibiting their organizations, products, and ideas. 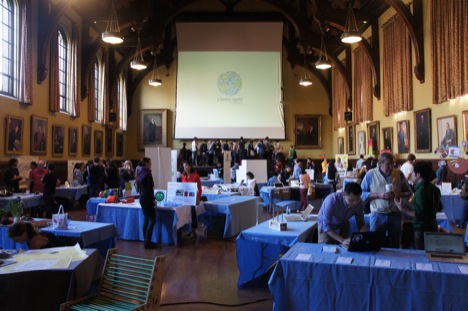 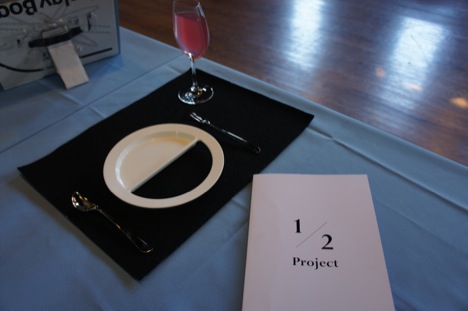 1/2 Project's half-items caught our attention right away. The half-wine glass was especially fun and playful, as were the fork and spoon, and conveyed the organization's mission of helping consumers perceive donations in a different light. 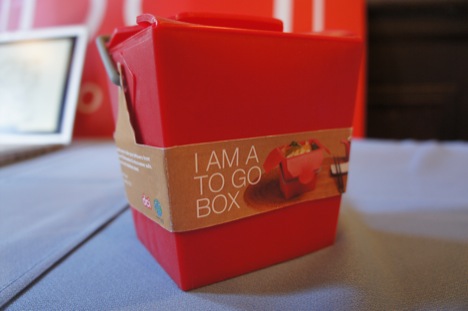 This silicone take-out container called "I Am a To-Go Box" from McKenzie Powers (Art Institute of Boston) was a runner up in ABWBD/DCI's Consumer Product Challenge. The product rethinks the idea of a disposable container, turning it into a washable, reusable container instead. Although the concept is extremely similar to DCI's "I Am Not a Paper Cup," it still made a great follow-up product. 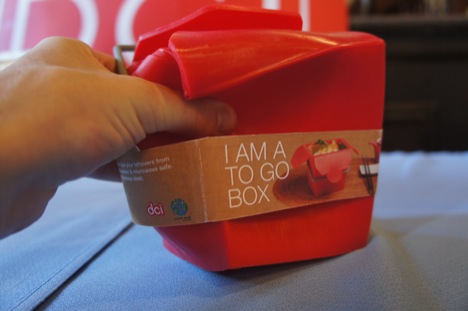 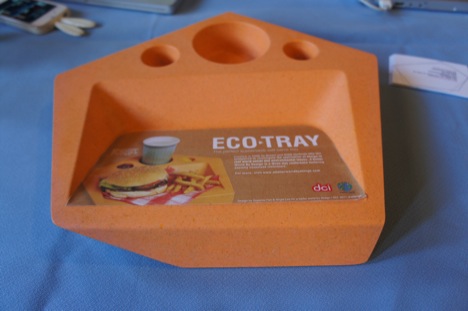 The winning product from the competition, the Trilife Ecotray from Angie Lee and Queenie Fan of RISD, was also on display. The tray is a single piece of plastic and allows users to hold it balanced on one arm and hand while placing food on it with the other. 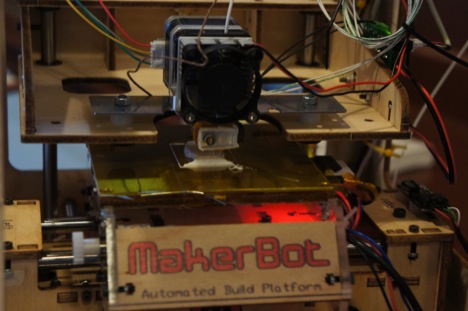 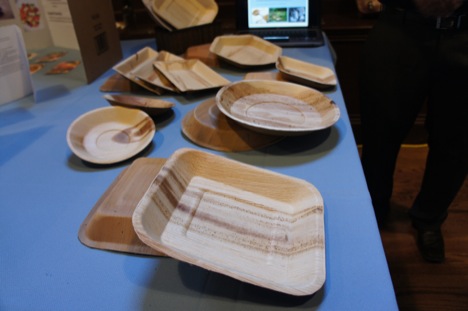 These plates were made out of the fallen leaves of a tree from India. We never thought of leaves making their way into our kitchens as anything other than decorations! 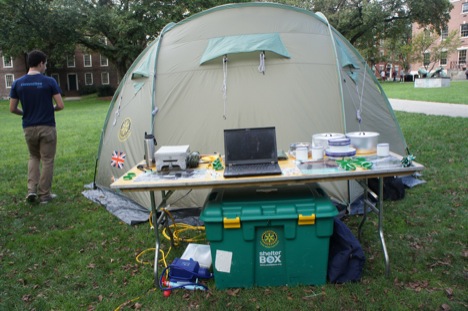 Shelter Box, among other disaster shelters, was on display at the Expo, keeping with one of the conference's themes for the year. The company's representative stated that the Box contained everything a family could need post-disaster, but apparently had never considered the inclusion of a toilet in the collection of necessary goods. This followed right on the tail of yesterday's keynote panel, where Mobilize for Haiti's Dominique Toussaint preached, and rightfully so, that designers should never design a shelter they wouldn't want their own families to have to survive in. 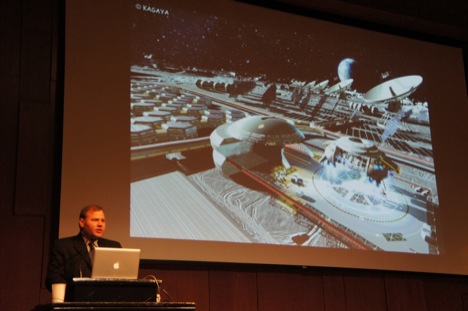 Flibe Energy's CTO Kirk Sorenson was the first of the speakers on Sunday afternoon, speaking on the advantages of using thorium, an alternative nuclear fuel, as a source of energy. Sorenson once worked at NASA, where he was inspired to find power source for use on colonizing the moon and other planets. Current nuclear technologies are only about 0.5% efficient, with the other 99.5% of the uranium going to waste. In stark contrast, thorium, a chemically stable salt, has 99% efficiency.

Thorium is so energy dense, said Sorenson, that a personal lifetime supply of the material fits in the palm of your hand. A supply of processed thorium, enough to power America for 6 years, is actually buried in the Nevada desert. "We don't even need a mine," said Sorenson, "We just need to go dig it up." 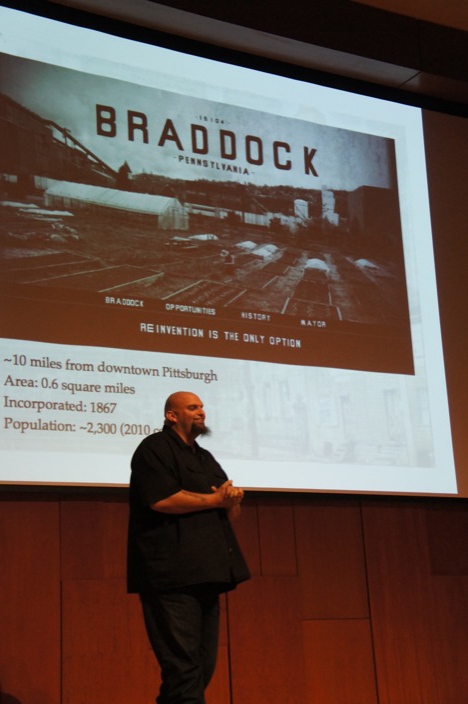 John Fetterman, visionary Mayor of Braddock, PA, described the extremely rough history of his city, as well as the reforms he has put in place to restart the city's economy. "'A City With a Bright Future'—we wouldn't have had that slogan," said Fetterman. "We're effed" was more appropriate. Braddock was the site of Andrew Carnegie's first steel mill and was once densely populated, but the city fell on hard times, with the population plummeting from 20,000 to 2,300. Braddock became a "desparately poor place," with median home prices around $4800.

Recent years, prior to Fetterman, had seen violence, drugs, and homicides. 2009 saw the city's hospital and large employer closing, while 2010 saw the town's manager embezzling $178,000. Fetterman asked, what can be done for a community that has lost 90% of everything that it owns?

He answered with youth programs, an abandoned church repurposed into a community center, turning vacant lots into parks, building fantastic playgrounds that even "children from other communities come to play on," a legal graffiti wall, and a free ice cream truck in the summer. Fetterman said he even "wrestles kids for my paycheck. But the joke's on them because my paycheck is only $150 per month." 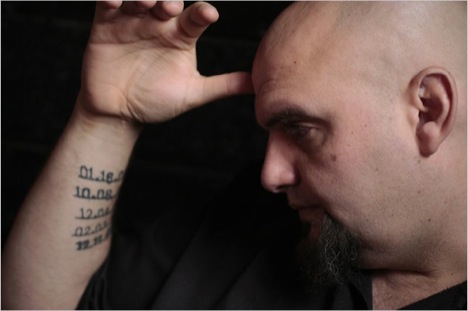 "This is a city that no one wanted to come into, let alone at night, let alone for a cultural event," said Fetterman. Crime rates in Braddock have dropped 44.8% in the last four years. There hasn't been a single homicide in the last three-and-a-half years, but Fetterman keeps a tattooed list of dates for the ones that have happened during his tenure as mayor. Despite partnerships with Levi's and the Andy Warhol Museum, Fetterman made sure the audience knew that "this isn't a hip and up-and-coming community with a vegan cafe and a Starbucks. This community is gentrification-proof."

When asked why he became mayor of one of the poorest cities in America, Fetterman simply responded, "I never wanted to move to Portland and open up a french bistro." He wanted hard problems with harder solutions, but he seems to be doing just fine. 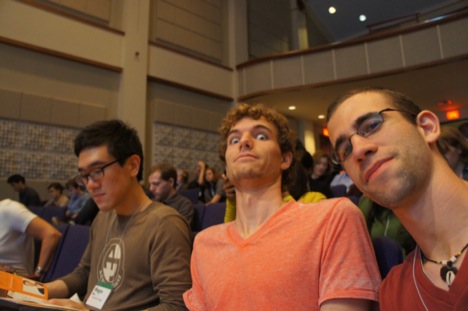 While I can't speak for all of the attendees, I can say that all three of us from the Dartmouth × Core77 Crew had some life-altering experiences. Mingyu learned about fields of design he didn't know even existed; Sean decided he wants to follow in John Fetterman's footsteps and work on abandoned building adaptive reuse; and I got some advice from some true visionaries about what it means to make a better world by design. Great job on this year's conference and best of luck to next year's committee!

Special thanks to Hannah Burn, Zoe Wheeler, Joanna Zhang, and Steve Daniels for finding us places to sleep!