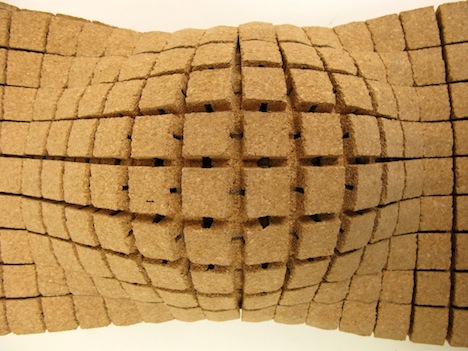 This is the first piece in a series exploring cork from designer and educator Daniel Michalik. As a prelude to this series, Michalik produced a beautiful photo gallery documenting the cork harvest.

Some years ago, while working on my MFA at RISD's Furniture Design Department, I came across an industrial supplier in Northern Maryland with a warehouse full of old cork slabs he wanted to unload. The price was incredibly low, so I bought three pallets. I intended to use the 1.5" cork sheeting in a chair seat I had been thinking about. However, the sheer quantity of cork and my potent will to procrastinate won over. I was unable to resist getting into the woodshop and experimenting with these cork slabs in any way I could imagine.

I tried every technique I could think of—I cut, glued, turned, cast, compressed, stretched, molded, laminated and broke the material over and over. I began to see one new form after another. For the first time in my life, I was seeing a material perform in entirely new ways. I felt as if I had woken up in a new, uncharted world. 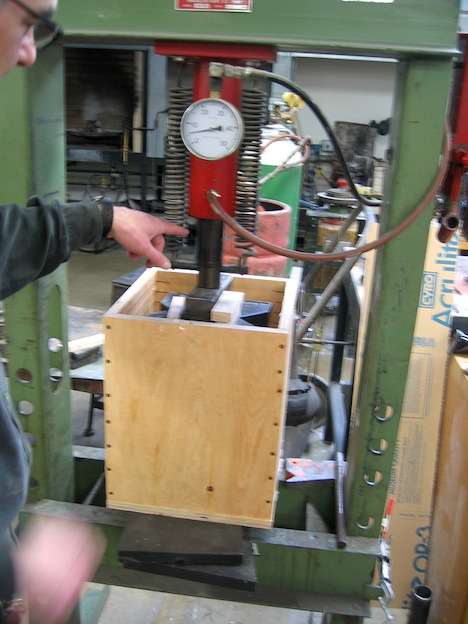 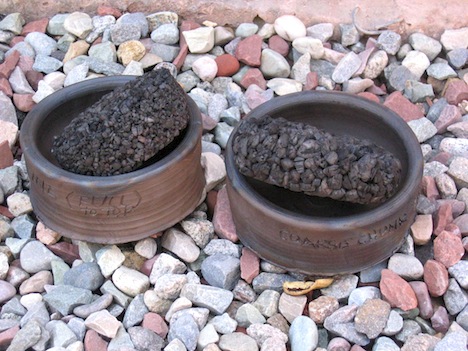 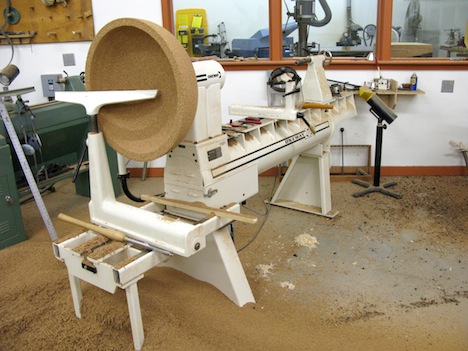 As I researched the nature, sources and history of cork (I knew nothing and it was difficult to find information on what this material was and where it came from) I discovered still deeper realms of potential.

I learned that cork is actually the bark of the Cork Oak, Quercus Suber L. It grows wild in most regions surrounding the Mediterranean Sea. I learned that 53% of the world's cork supply comes from Portugal. That the cork tree is the only tree in the world that can have its bark stripped off without damage; in fact that regular cork harvest produces healthier, more robust forests, better habitats for native species and more absorption of CO2 from the atmosphere. I learned that cork is almost infinitely recyclable, and that my supplier would (and still does) recycle my waste and failed experiments. I learned that cork is waterproof, buoyant, fire-resistant, resistant to mold and bacterial growth and fantastically insulating.

So formed my thesis: to design and prototype a collection of furniture that tapped the unique nature of cork. Material potential would dictate typology and form. The objects that I produced would show cork performing in ways no other material (natural or synthetic) could, and in ways it had never before. 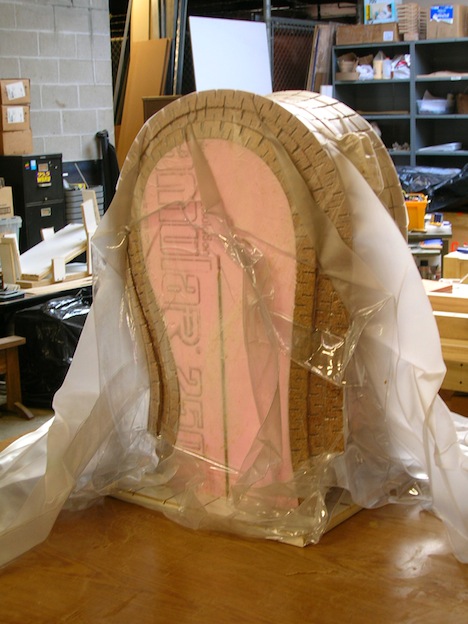 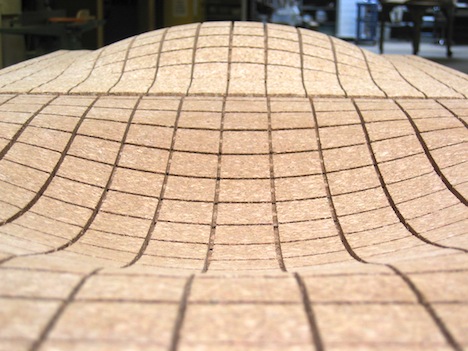 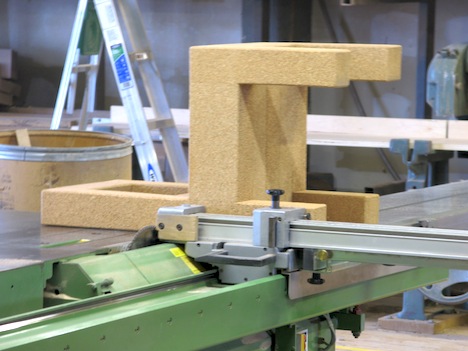 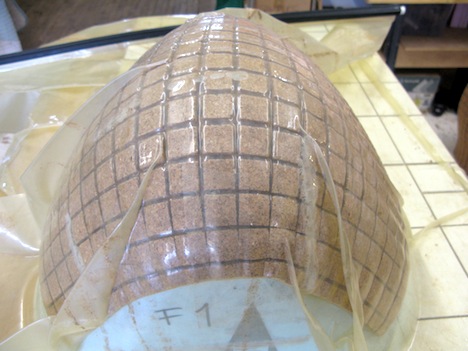 As the first prototypes developed in the shared RISD studio space, I noticed passersby reaching out, saying "Whoa, is that cork??" Just by experimenting with an engaging and friendly material in a new context drew in potential users. The line of objects that emerged from this effort included flexible cork stools, a compound-bent chaise longue and cast children's furniture. 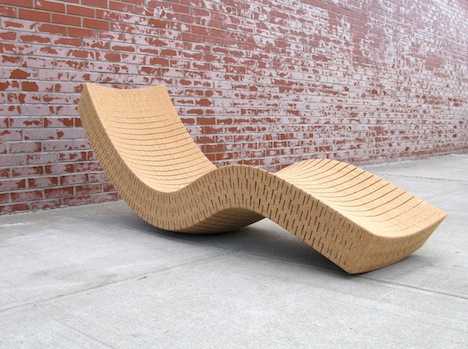 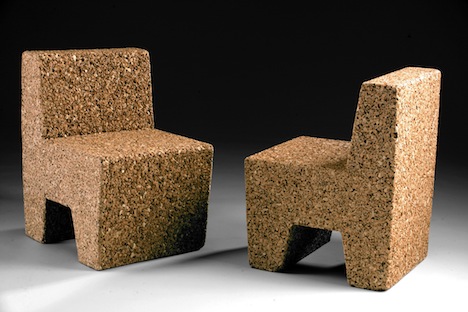 Shortly after graduation I showed these and a few additional pieces at the Milan Furniture Fair. In the mid-2000's the shiny and plastic reigned, so a stand full of natural cork furniture was (ironically) a standout. Throughout the fair I saw one stunned reaction after another. Words like "stupende" and "magnifico" were thrown around. I was, naturally, elated, sure that fame and fortune awaited upon my return to the States.

Each piece in that first line was designed for mass production. The sheets and blocks I used were manipulated with standard tools such as band saws, CNC routers and vacuum bag systems. Some handwork was required at the end, but cork is so soft that even that was faster than other materials. 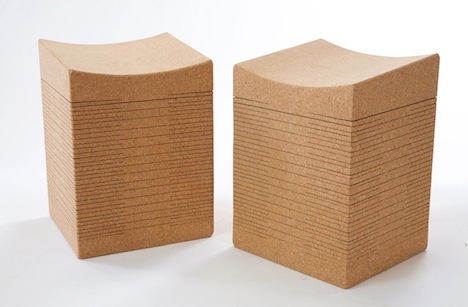 What I failed to understand was that mass-production is not just about using the right tools and techniques. Many of the major manufacturers that originally showed interest in producing some of my cork items demurred when they looked into the cost and weight of the cork blocks, and factories repeatedly turned me down due to unfamiliarity with how the material would work on their machines.

Orders came in, however, and with the access I had to a wood shop I decided to begin by making everything myself. So formed my design practice. Some of my items are produced in larger quantities in European and American factories, but the majority of what I sell is made in the studio in Brooklyn. I have learned to work in batches, keeping small inventory for quick turnaround.

Most important, I have learned to design not only for material performance, but material efficiency. Cork is expensive and heavy to ship. So I have developed items such as the Tilter chair, which is made entirely from the cutoffs from 4 Sway stools, or the new 3/1 chair, in which one block yields two chairs with minimal work. 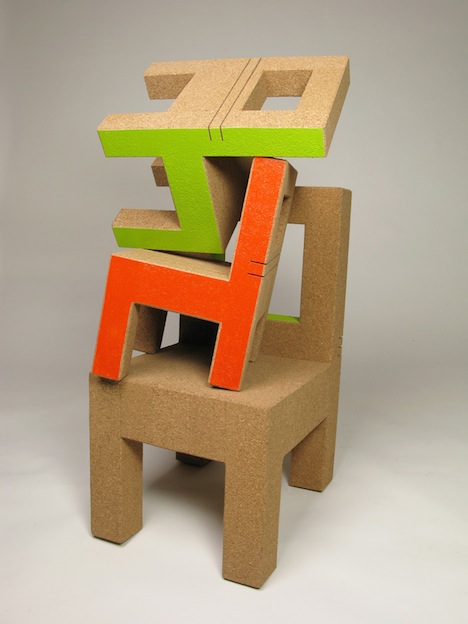 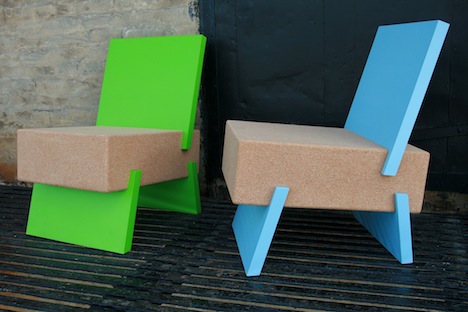 Making things sustain my curiosity in cork and its context. I enjoy teaching workshops and speaking on what this material is, where it comes from and what it can do. And focusing for 7 years on a single material has deepened my understanding of the meaning of materials in general and the perspectives from which they are understood. We can approach unfamiliar materials as opportunities for rethinking the way we make things and as opportunities for understanding the cultures that produce them.

Cork is not just the stuff of wine bottles, bulletin boards and chaise lounges. It is the cultural identity of a country. It is a unique and healthy method of farming and material sourcing. It is a model for efficiency, re-use and even large-scale power generation. What other material offers opportunities like this? Let's indulge our design curiosity and find out.