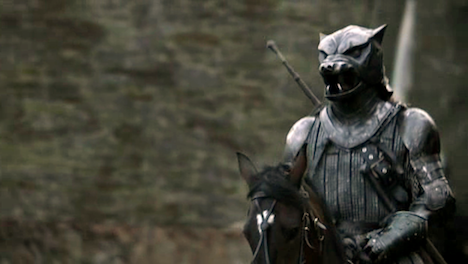 Dive into the world of designing for a fantasy world. George R. R. Martin's Game of Thrones series has been turned into an Emmy winning HBO television show. Ned Stark, one of the story's driving characters warns that, "Winter is coming."

In the book and TV series, there are epic battles with glorious knights in shining armor and creatures from deep inside the fantasy world. A significant part of their persona is their armory. For this month's 1-Hour Design Challenge, we invite participants to design a suit of armor or weapon suitable for the world of G.R.R. Martin's Game of Thrones. Keeping with the context of the book, each weapon or piece of armor must have a theme. For example, Sandor Clegane, known in the book as "The Hound," has a helm in the shape of a dog (see image above). Check out full details for this month's 1-Hour Design Challenge here.