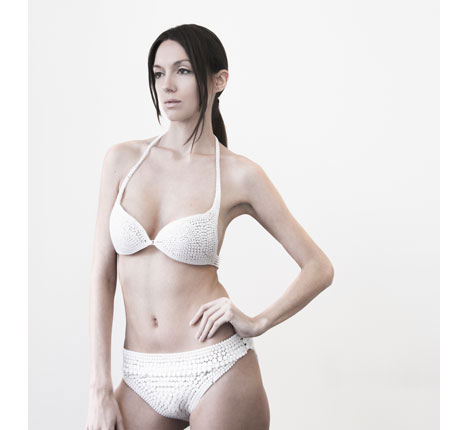 Boston- and New-York-based Continuum Fashion is a company comprised of computational designers Mary Huang and Jenna Fizel, hard at work "creating the future of fashion and stuff." Their N12 bikini is an early example of RP clothing, using Shapeways and an SLS machine to burn nylon into the desired configuration. 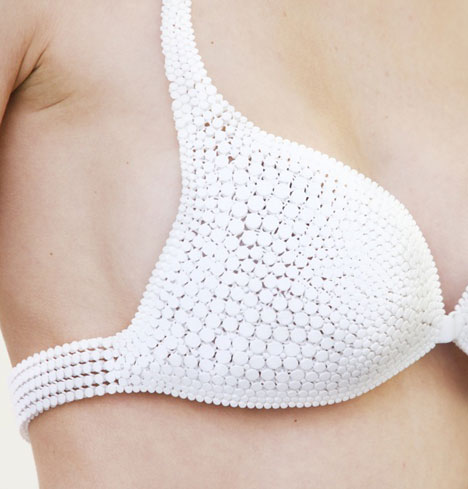 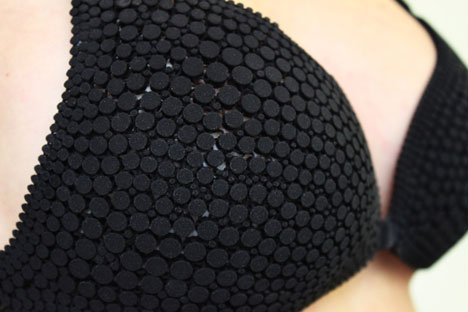 In this video describing the project, Fizel makes the following interesting point: "Jacquard Looms were precursors to the very first mechanical computers. So in the beginning textile production actually gave rise to computation, and now we're trying to use new modern computational methods to create new and more interesting textile designs."

via product by process