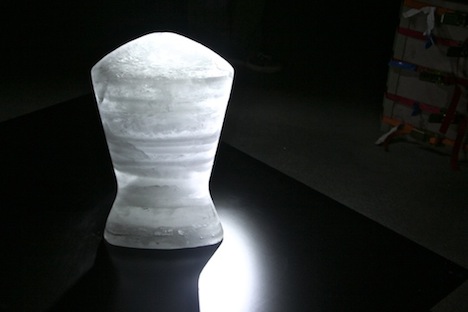 Vienna Design Week is in full swing and we are delighted to be able to share our impressions from the Austrian capital. Now in its fifth year, the festival has a wide and very diverse selection of events, exhibitions, talks and indeed very unusual locations on offer—to bring the world of design closer to the public, as well as to create a discourse amongst the Austrian design industry. 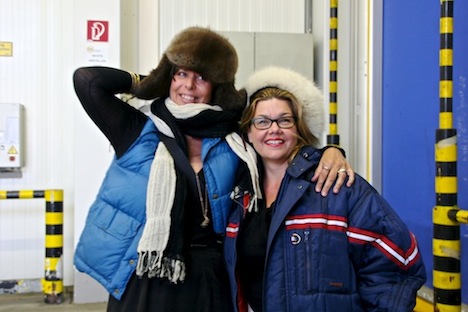 The curators of Vienna Design Week, Tulga Beyerle and Lilly Hollein in their Russian style fur caps and duvet jackets, just before they enter the cold storage.

Yesterday was a prototype presentation in the possibly coolest location that i have ever been to for design spotting: In a -25°C (-13°F) walk-in cold storage, the design duo Copa presented their frozen stool "Ljod" (Russian for "ice") to a rather chilled and thrilled crowd. 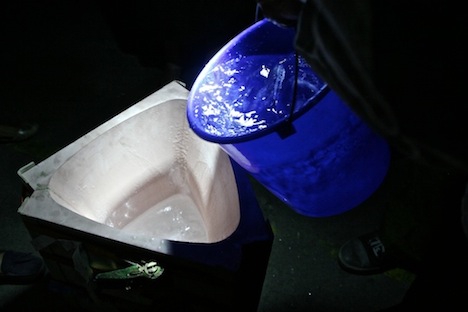 In order to avoid tension during the freezing process, which could cause cracks in the ice, the designers are cooling the water down to 0° before they pour it into the mould.Alfred Burzler and Thomas Exner, the two people behind Copa, wanted to create simple and cheap serially produced outdoor furniture—obviously nothing for those hot summer days, but rather for the winter wonderland that is lurking round the corner. 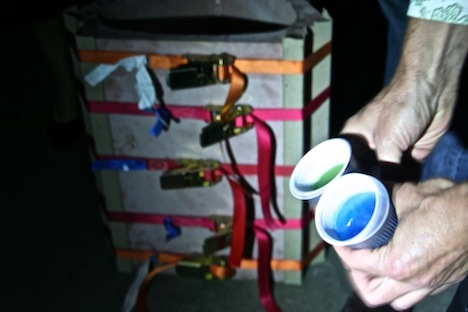 They use a CNC'ed, three-part plastic mould, held together simply by tension belts. The partitians are sealed with ice, which apparently, has worked the best—as in these ffffffreezing cold temperatures most materials such as silicone simply discontinue working. Copa is currently testing different color layered versions of their stool, by mixing food coloring into the water. 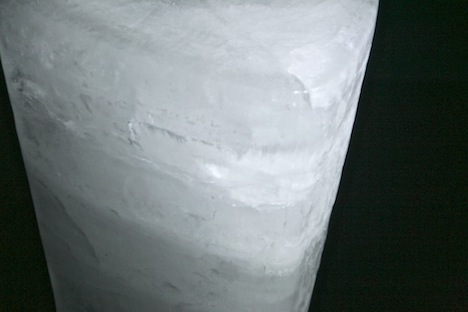 Keeping with the superlative nature of this event—literally the coolest design presentation I have ever attended—the prototype revelation itself was probably also the shortest that i have ever seen as most visitors actually didn't really wear adequate clothing. So, to de-freeze their audience, the designers served Vodka right after the presentation. 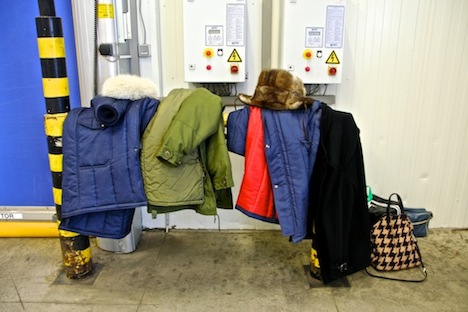 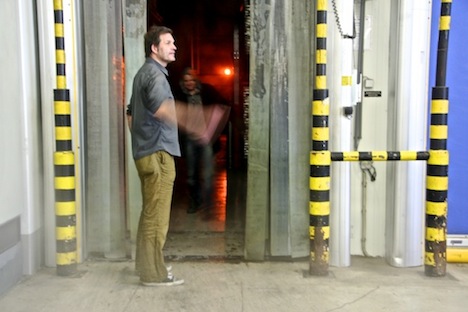 When opening the gate to the cold store, an ice fog cloud escaped.