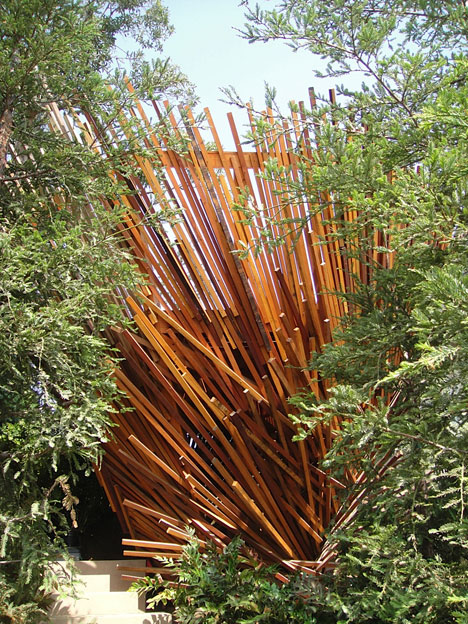 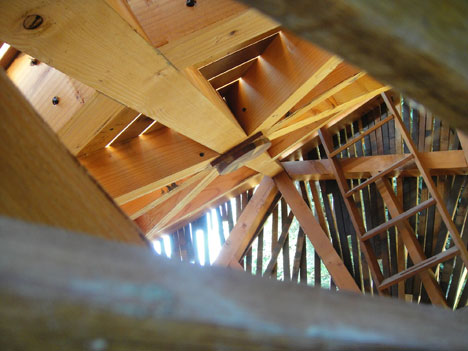 We posted on California-based designer Jeff Casper's creations about a year ago (here and here), and in the time since, he's not been idle. Most recently Casper contributed to a project by friend and treehouse building expert Roderick Romero on a treehouse... with no tree. 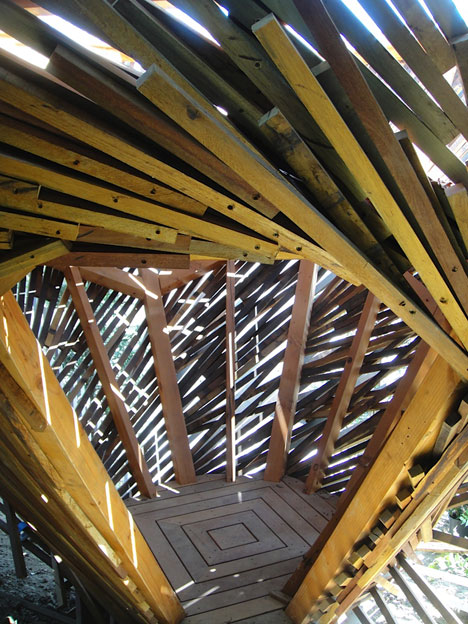 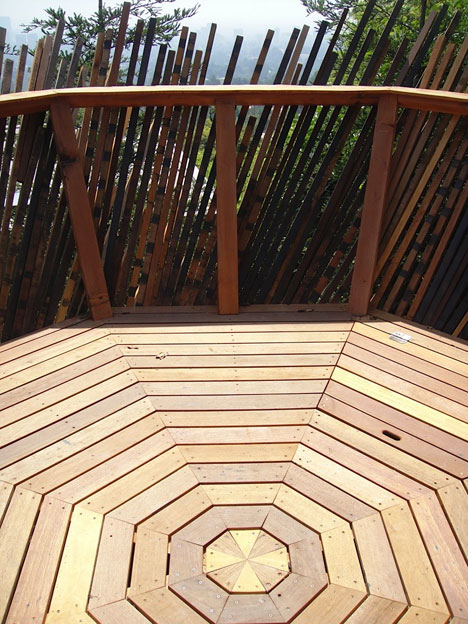 While official documentation of the project does not yet exist on the web, Casper was kind enough to fill us in:

The "treeless treehouse" was built high on a hillside site in Bel Air, California. The location lacked trees mature enough to support a structure of this magnitude, so this cantilevered, inverted octagonal cone of wood was anchored into a deep, cubical-shaped concrete foundation. A twisting tornado of Forest Stewardship Council (F.S.C.) certified mixed-species reclaimed Brazilian hardwoods were milled, pre-drilled & mounted around a burly framework of reclaimed vintage Douglas Fir beams. 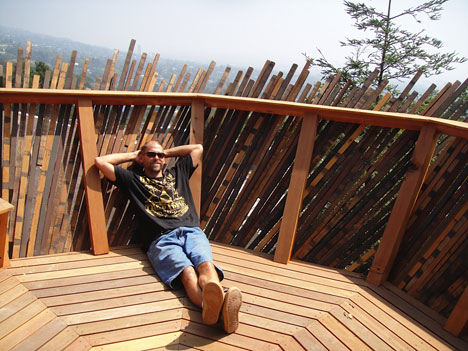 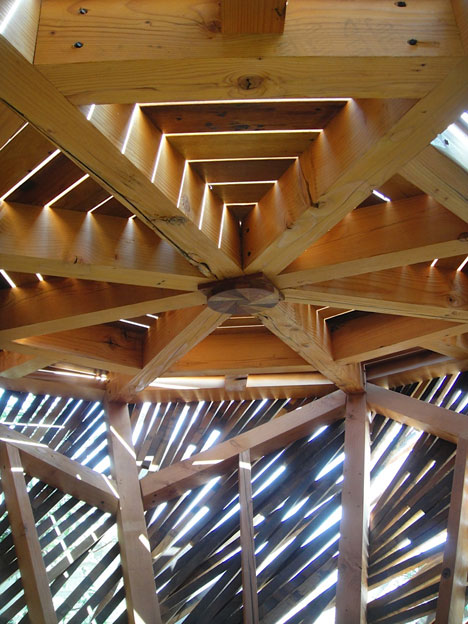 The entrance to this elevated observatory is accessed through a hidden opening in the west facing side of this chaotic, angularly wrapped nest. From this small sub-deck approach, a ship's ladder allows entrance to the main deck though a hinged hatch. The main octagonal deck follows the same continuous pitch from the base, providing an ergonomically angled back rest if sitting on the deck or the integrated, semi-circular bench, inviting a panoramic view of the Los Angeles skyline below. 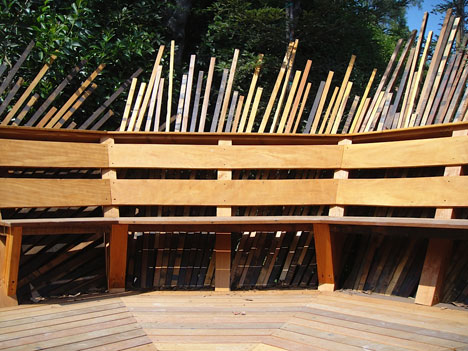 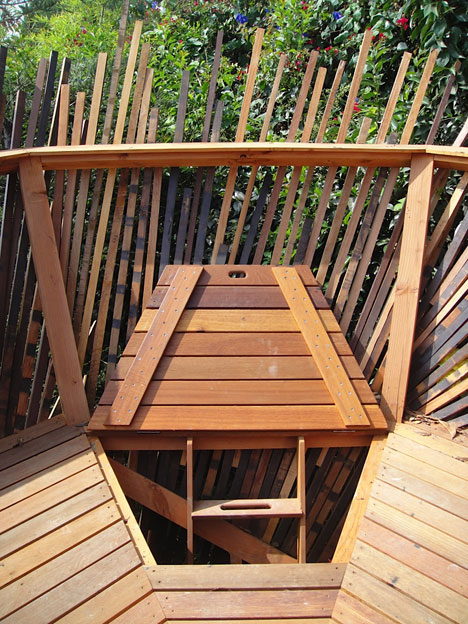 An ornamental spiral circle adorns the underside of the compass-aligned deck, while an "N" & an "arrow" were branded into the top plate of the handrail with a magnifying glass, indicating true magnetic North. The unique structure was designed by Roderick Romero & the entire project was built in less than two weeks time by Ian Weedman, Jeff Casper & Roderick Romero. 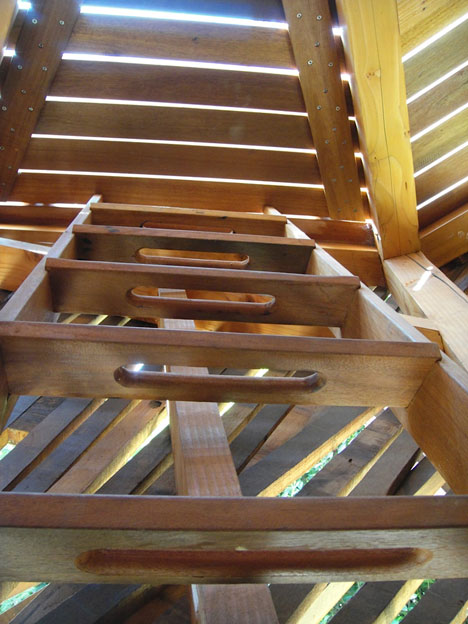 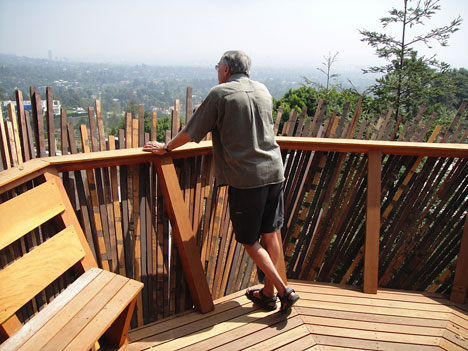