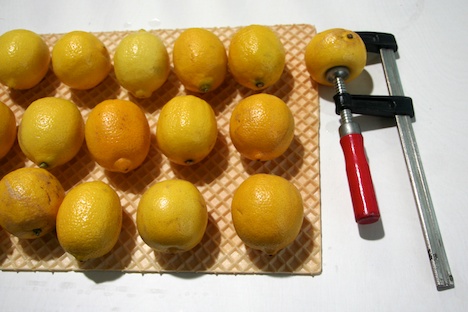 A very fun and at times—sorry, but it has to be said—rather gross performance was part of Vienna Design Week: Sonja Stummerer, Martin Hablesreiter and Tom Hanslmaier of the Viennese architecture and design practice Honey & Bunny were preparing and serving food using the tools and machinery of industrial craftsman. 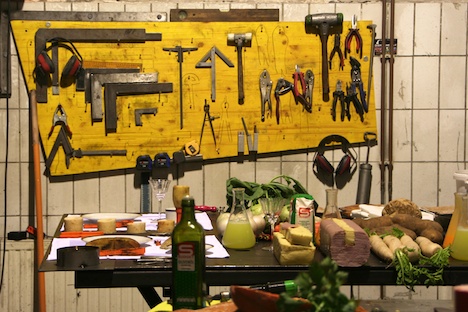 Located in a workshop, the objective of the evening performance was to prepare a full meal and its accoutrements—including plates, cutlery and drinking glasses—all from scratch. Honey & Bunny's process involved fresh vegetables, a block of spam, cheese analogues and dough made from water and flour. The tools in use were blow torches, a make shift oven (combining a metal tube with a heat gun), a metal lathe, a table drill and a band saw. 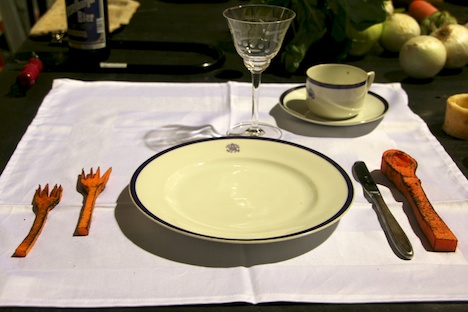 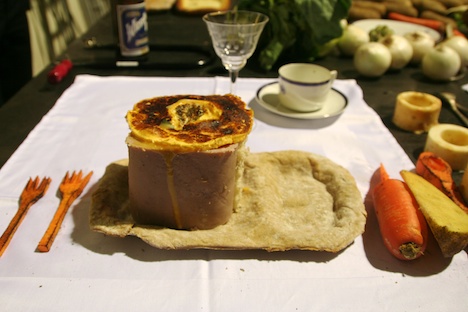 The table setting was completely recreated during the performance. Starting with ceramic plates and metal cutlery, the setup looked very different when the meal was ready to be served.The performance was fascinating and repulsive at the same time. Most members of the audience seemed rather pleased that tasting the meal was actually not compulsory. However, there were a few brave soles who did taste the meal once it was prepared. 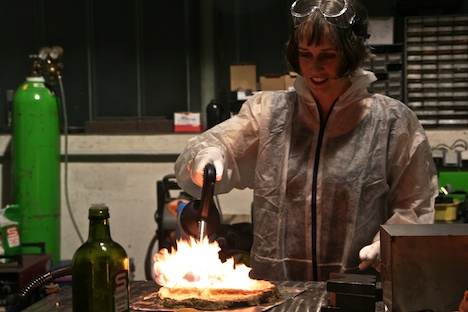 "Baking a plate" with a torch gun. 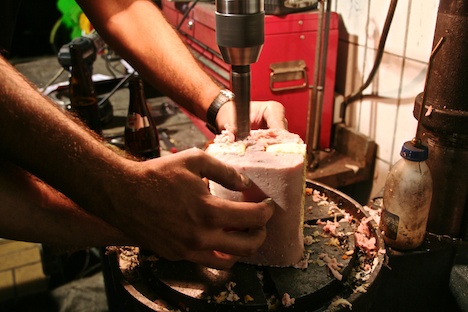 Drilling a hole into spam for an inverted sandwich. There's already bread and the cheese, now they're making a space for the carrot. 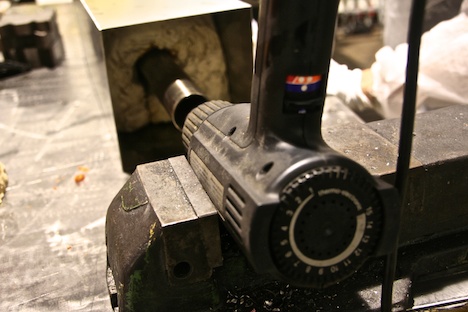 The makeshift oven for baking bread - a heat gun blows hot air into a metal structure, in which the dough was squeezed. 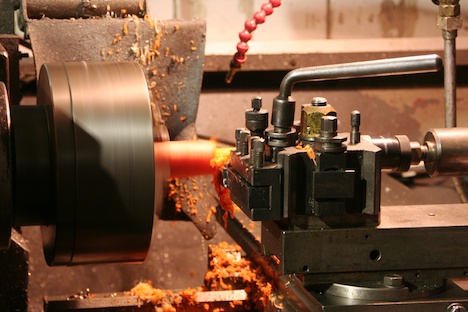 The lathed carrot became part of the "root vegetable wine glass" that eventually replaced the "real" vessel made of glass. 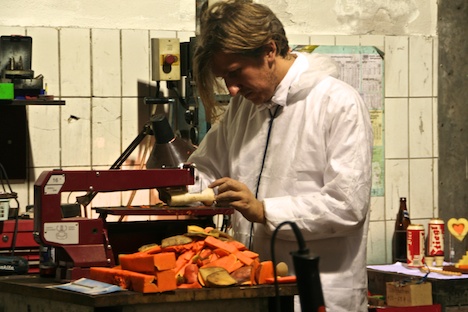 Cutting celery on the band saw - another part of the re-created wine glass, made from root vegetables.