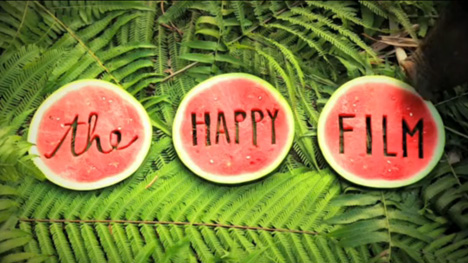 If you back one film on Kickstarter this year, make it Stefan Sagmeister & documentary filmmaker Hillman Curtis's Happy Film—previewed in August—in which the self-described "New York-based graphic designer known for his rock n roll collaborations and typography" explores three means of achieving the titular subject: meditation, cognitive therapy and pharmaceuticals.The documentary will test these various methods during three × 3-month experiment periods. The production team will work closely with a group of health professionals to properly assess Sagmeister's well-being. Our health partners will monitor Stefan prior to the experiments, as well as participate in occasional check-ups during the course of our 9-month study.

According to the description on Kickstarter, the team has shot about 40% of the film, including Sagmeister's three-month pilgrimage to Bali for "an intensive meditation period," as well as fMRI visits and psychological metrics for benchmarks. He's now on phase two, three months of cognitive behavioral therapy, which will be followed by another season of antidepressants and possibly illicit substances as well. "These experiment phases will be heavily documented and will contain extensive medical supervision, leading to some new costs for our team." 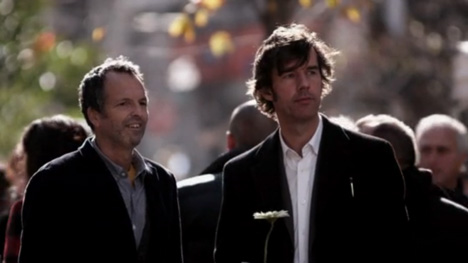 As of press time, they've already raised over 90% of the $50,000 they're seeking on Kickstarter and there's still eight days to go, so rest assured Sagmeister will be popping pills in time for the high holidays. While a $10 pledge will get you a digital download come February 2012, it might be worth $40 more to receive a call from Stefan himself, "out-of-the-blue," to cheer you up. (Once you're in the $500+ range, you can take your pick of a joyride or a sausagefest; a half-day branding workshop comes in at $5,000.)