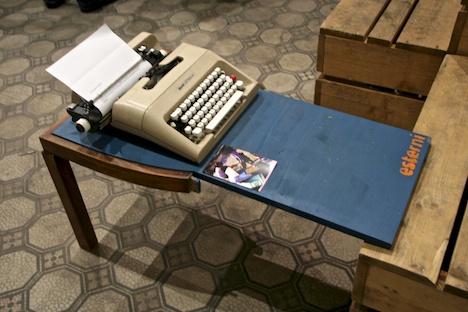 A seat with a found typewriter provided a lot of fun, particularly for the kids of the digital age, who never had used one of those before...

Anybody who has ever been to the Salone in Milan, will be familiar with the work of the Esterni collective, known for their public design projects (as well as their parties). This year they were invited by Vienna Design Week to participate in the Carte Blanche program of the festival in the Austrian capital. 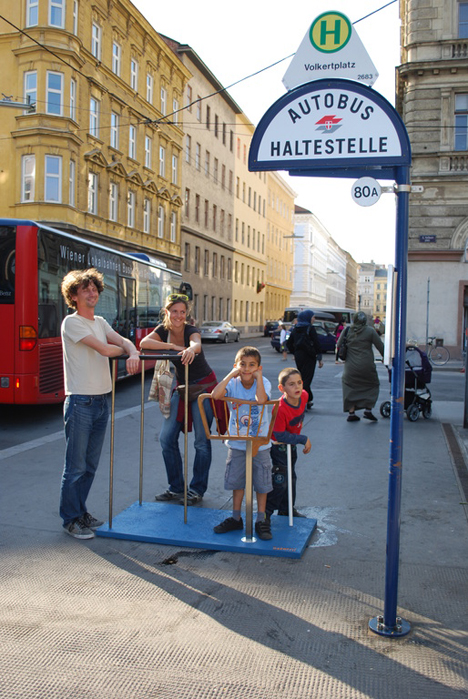 Together with members of the community living around Volkertplatz street, Esterni created a whole series of ad hoc public furniture, made from pieces of old furniture that they found on the junk yard. Following the motto "Volkertplatz is a great place to be" they developed ideas that would enhance some moments of public life in the community—such as waiting for the bus or sitting on a wall. When the weather got really bad towards the end of the festival, the exhibits were shown in one of the Carte Blanche inside locations. 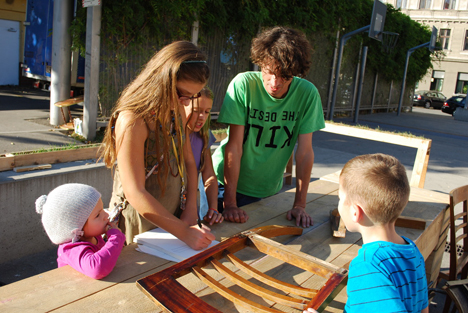 Having featured the Passionswege program in previous posts, Carte Blanche is another integral part of the festival, encouraging young designers to work on projects that involve locations in "less happening" quarters of Vienna. This year the organizers chose to push Vienna's second district, also known as Leopoldstadt, and a lot of interesting collaborations with local businesses and/or abandoned locations were happening, putting this district quite literally "on the map". 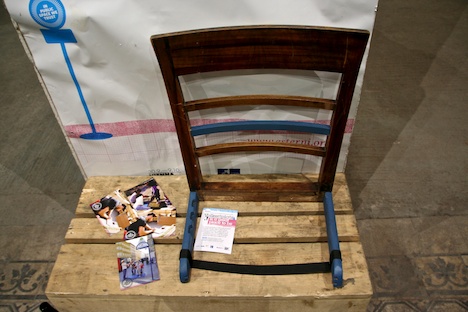 This adaptive back rest was created for a low wall on Volkertplatz.