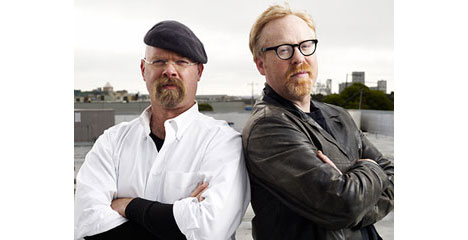 While it's the Jobs biography I'm waiting on, a recent announcement has me curious: Discovery and NBC have apparently put together a one-hour documentary called "iGenius: How Steve Jobs Changed the World," hosted by Mythbusters Adam Savage and Jamie Hyneman.

"Someone once said that to follow the path that others have laid before you is a very reasonable course of action, therefore all progress is made by unreasonable men," Savage said. "Steve Jobs was an unreasonable man. He didn't simply give the public what they wanted, he defined entirely new ways of thinking about our lives in the digital space: productivity, creativity, music, communication, media and art. He has touched, directly and indirectly, all of our lives."

I have no idea how long this documentary has been in the works for or if it has been hastily thrown together, but either way it's airing this coming Sunday, October 16th.