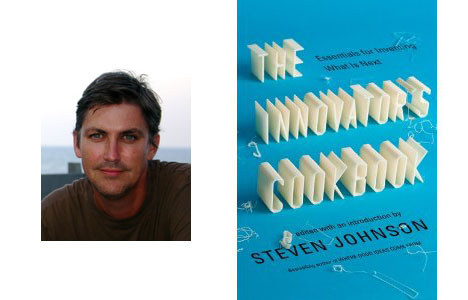 Although the video below is intended to be a commercial for author Steven Johnson's latest book, it would also be a good standalone three-and-a-half-minute podcast clip on innovation. Johnson's just-released The Innovator's Cookbook is a selection of essays on innovation across a diversity of fields, touching on everything from Brian Eno's instrument swaps to IDEO's storied show-and-tell sessions.

Need more convincing? This week and next, Johnson will be posting his favorite excerpts from the book on his website.