Yet Another Twist on Magnetic Levitation

On occasion of the "Year of the Superconductor," here's a duly infinite variation on a recent theme. 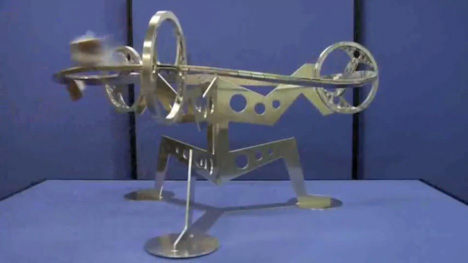 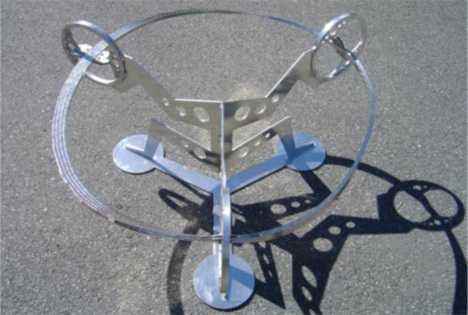 I don't know where to start paraphrasing this:As part of the MOSEM² project a group of students at Vestfold University College, Norway, has developed and produced a unique Möbius-shaped track for a superconducting levitating train. This is an extension of the MOSEM "High-Tech Kit" which contains a straight track for demonstration of two types of levitation; with the Meissner effect and with flux pinning.

The Möbius track employs the flux pinning phenomenon to keep the train "on track" while it zips around the track. The geometry of a Möbius band allows the train to keep going in circles while also turning around its own axis. This proves that levitation with flux pinning is highly stable and different from magnetic levitation by simple magnetic repulsion using electromagnets (used by commercial full-size levitating trains) or permanent magnets (used by some model trains) that can only work on a horizontal track.

This model demonstrates a completely new concept that inspires a vision for the future of transportation. 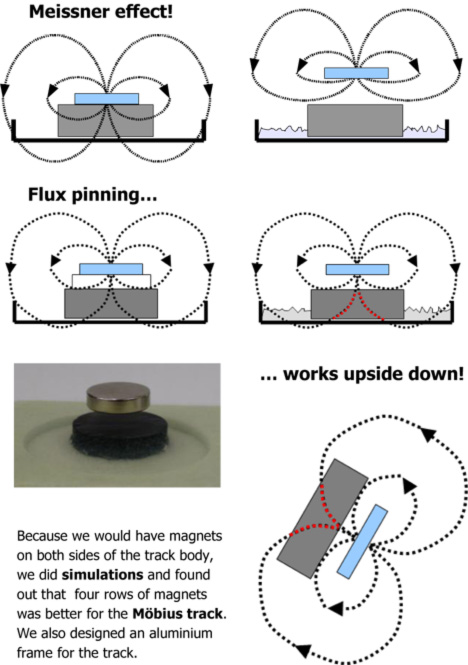 Shop talk aside, it's definitely an upgrade from Escher's ants or stop-motion wizardry:

More info, including upcoming exhibitions (in Europe), at MOSEM; images from poster (PDF). 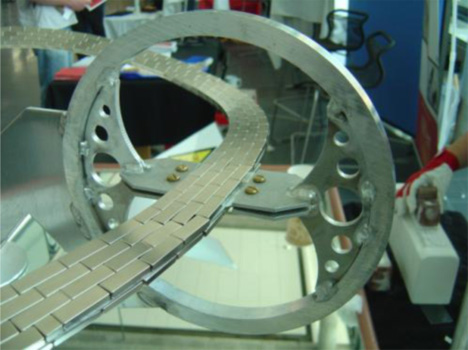 Yet Another Twist on Magnetic Levitation