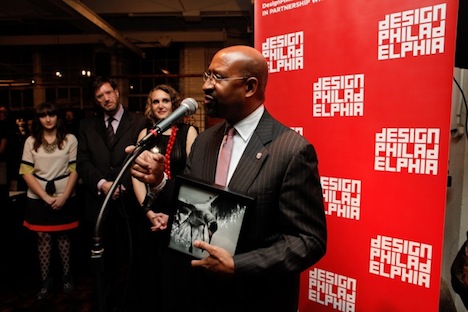 To begin the festivities, DesignPhiladelphia hosted a benefit kick-off party Thursday evening at the Liao Collection, an Asian antique emporium located in a large brick-exposed showroom on the first floor of an old warehouse building. While the house band snared their drums and plucked the bass, guests in their best dress sipped on margaritas and picked at gourmet finger-foods, anxiously awaiting the arrival of the evening's most notable guest—Mayor Michael Nutter. Not a stranger to the public eye and known for his late arrivals, Mayor Nutter arrived surprisingly on time—perhaps eager to accept the first annual Design Champion Award from DesignPhiladelphia. 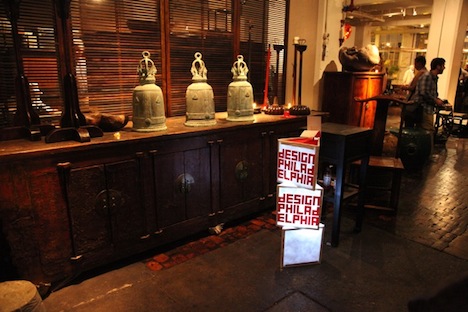 "Design matters," says Mayor Nutter. "The industry is growing in Philadelphia. It is open in Philadelphia. It's creating jobs and economic opportunity. It's actually drawing people to this city; it's a part of the reason why our population actually went up for the first time in 60 years." Mayor Nutter humbly accepted his award; a curious shadowbox with a painted bird and LED lights, presented to him by DesignPhiladelphia's founder & executive director Hilary Jay, exclaiming that Mayor Nutter has helped Philadelphia's design community "soar."Conceivably, Mayor Nutter may not be your first pick when you think of who is a front-runner in Philadelphia's design community, but the Mayor is passionate about the creative culture and economy in Philadelphia. Not only did he open the Mayor's Office of Sustainability soon after taking office—which has produced several design projects throughout the city—but he also reinstated the Office of Arts, Culture & Creative Economy in city hall. This is a mayor who not only truly appreciates the arts, but also understands the significance of fostering a vibrant creative economy in Philadelphia. For the entire duration of his mayoral tenure, Mayor Nutter has demonstrated unwavering support for the creative community and has encouraged design solutions that improve and green the urban environment. 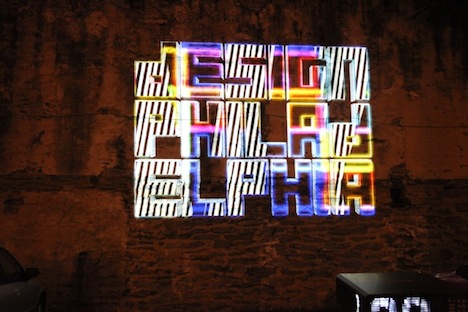 "When Nutter said, 'Design matters...it really does,' my heart smiled" said DesignPhiladelphia's programming coordinator, Jackie Starker. "Sometimes the arts can be overlooked, but I'm thrilled to live, work and play in a city where design is celebrated every single day." Mayor Nutter left the party soon after posing for a picture with Jay and the President of the University of the Arts, Sean Buffington.