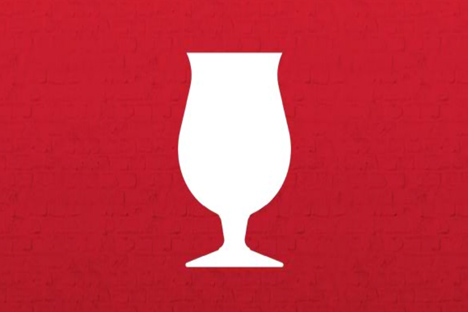 The tulip glass is a textbook example of a design object that has crossover appeal for particularly astute (some might say snobby) subset of imbibers, the contingent of beer-quaffing gastronomes that has grown alongside the microbrewing trend.

A tulip glass not only helps trap the aroma, but also aids in maintaining large heads, creating a visual and olfactory sensation. The body is bulbous, but the top flares out to form a lip which helps head retention. It is recommended for serving Scottish ales, American double/imperial IPAs, barleywines, Belgian ales and other aromatic beers. Some pint glasses which taper outwards towards the top are also called tulip glasses, despite having notably less curvature. 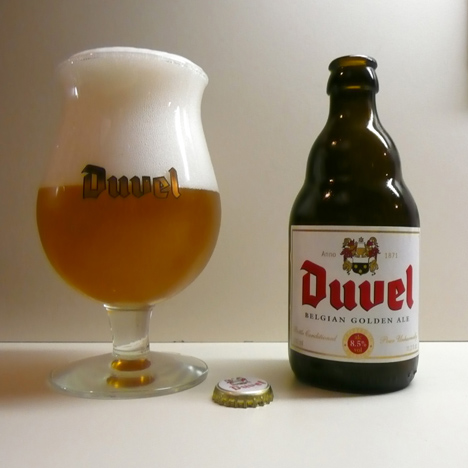 The WIkipedia article quoted above tellingly includes a photo of Duvel, arguably the definitive Belgian strong ale, as an example of a style befitting the iconic glass, emblazoned with their unmistakable red logo. If the Internet is any indication, the Duvel tulip glass, in particular, has something of a cult following (across at least three separate threads on Beer Advocate forums). 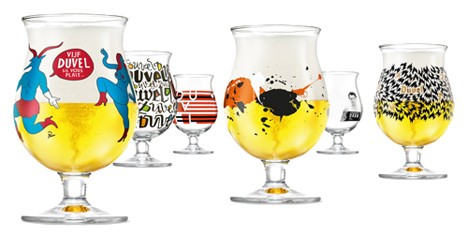 The brand is clearly aware of this enthusiasm, as they launched a series of artist collaborations for their classic glassware back in 2007, featuring limited-edition designs from the likes of Arne Quinze, Denis Meyers, Parra, Eley Kishimoto, Daan Stuyven and Stefan Glerum. 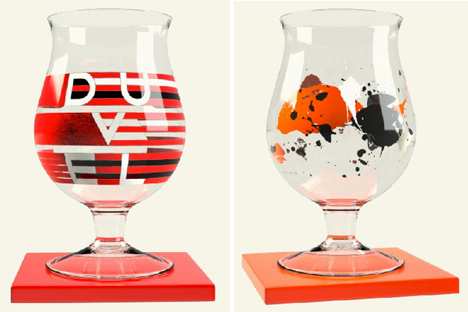 Now, Duvel is opening the field to designers in Belgium, the Netherlands, France and the United Kingdom with an open call for the next tulip glass design in the Duvel Collection.

The grand prize, of course, will be full-scale production of the winning entry alongside the canon of current and future artists. Three second place winners will also win a trip to the finals in Paris, along with 50 glasses each, while ten third place finishers will receive a set of six of their designs. 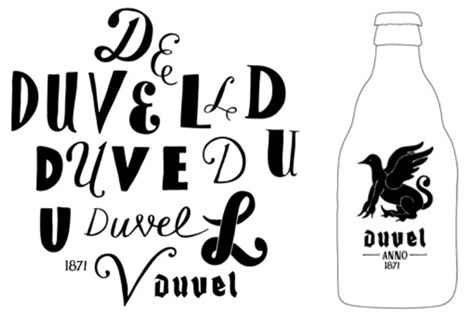 Duvel has also produced a nice little teaser video of Stefan Glerum demonstrating how it's done:

The competition closes on December 15th, so head over to the contest website for more details. 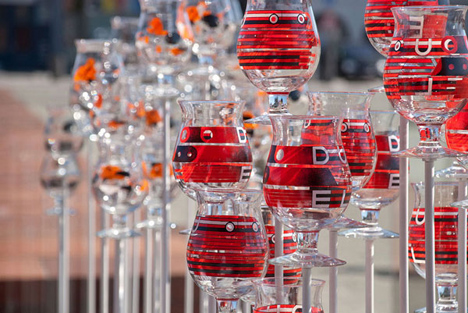