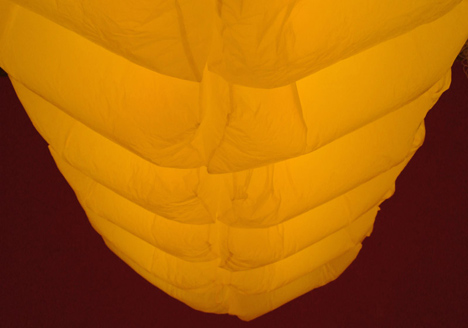 Artist and communication designer Nils Völker's latest site-specific installation "Thirty Six" isn't a huge departure from his previous work, but it definitely has enough charm to warrant at least a minute or three of online video distraction. As with "CAPTURED: An Homage to Light and Air," a collaboration between the self-proclaimed "machine artist" and his brother, a graphic designer, Nils' recent solo piece consists mostly of large, inflatable bags that are "choreographed," so to speak, to evoke respiration. 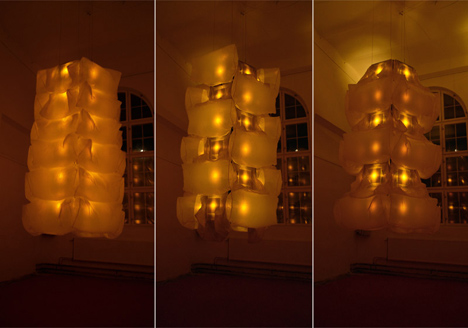 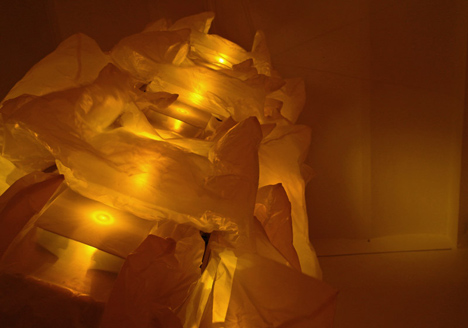 This time around, the translucent plastic is suspended from the ceiling like a living, breathing chandelier, such that the cells' organization around a central axis, their gauzy constitution and the yellow light itself make for a stark contrast to the shimmering, alien balloon-field of "CAPTURED." Where the previous work took on a distinctly space-age—even Olafur Eliasson-esque—look and feel, "Thirty Six" feels far more organic, short of biomimicry; it's something like an uncanny, larger-than-life alveoli.

The installation is made of "plastic bags, fans, aluminum, halogen light, steel," brought to life by "custom electronics and programming." 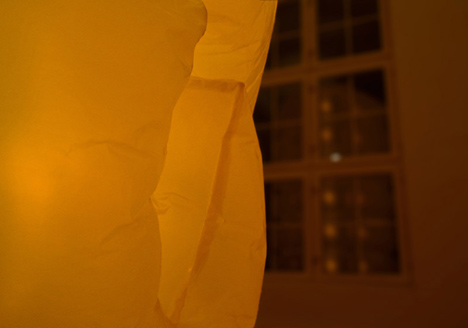 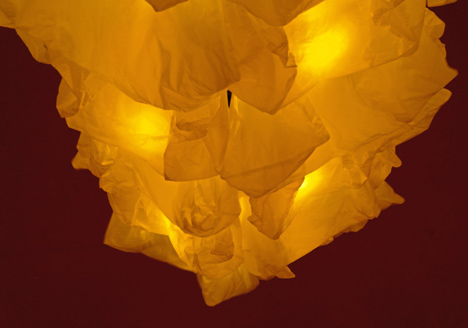 "Thirty Six" is currently on exhibition at Sweden's Art Lab Gnesta, a 30-minute train ride from Stockholm, until mid-December 2011. 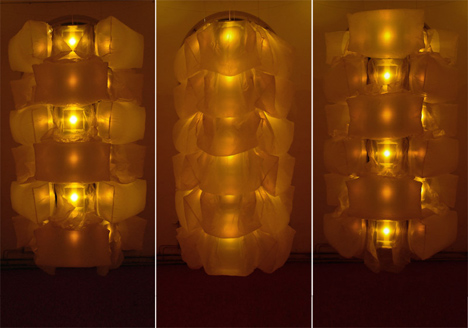 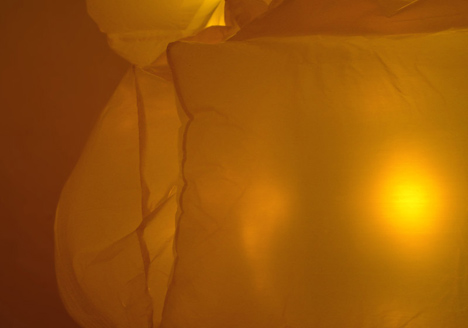