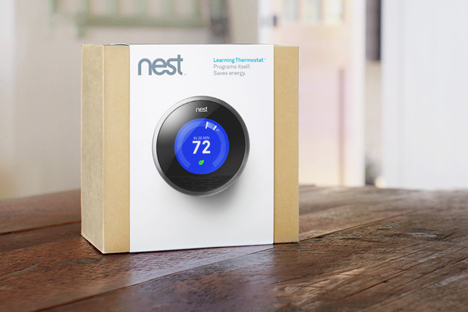 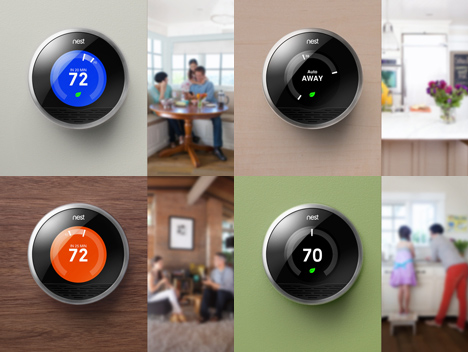 Today marks the launch of Silicon Valley startup Nest Labs' Learning Thermostat, a device that is exactly what it sounds like and much more: a thermostat that learns from user behavior to create a custom heating and cooling schedule. Company founders Tony Fadell and Matt Rogers—who spearheaded the design and engineering of the iPod, respectively—found it "unacceptable... that the device that controls 10 percent of all energy consumed in the U.S. hadn't kept up with advancements in technology and design."According to the U.S. Department of Energy and Lawrence Berkeley National Lab, the annual energy bill for a typical single-family home is approximately $2,200, with heating and cooling (HVAC) accounting for approximately half of the bill. The programmable thermostat, developed in the 1970s, promised to help people conserve energy, but 89 percent of owners rarely or never set a program (source: ACEEE, 2010). The devices are simply too complicated. In fact, Energy Star revoked its certification of all thermostats in 2009 when it became apparent that people weren't actually engaging with programmable thermostats to reach their proper functionality.

Nest addresses the programming problem through a combination of sensors, algorithms, machine learning, and cloud computing. Nest learns behaviors and preferences and adjusts the temperature up or down accordingly, making you comfortable when you're home and saving energy while you're away. Nest also provides people with tips and information to help them make energy-saving choices.

Thus, the Nest Learning Thermostat sets new standard for climate control: while the device learns continuously throughout its lifetime, the first week of operation is purely a schedule acquisition period. The UI/UX is vaguely iPod-like in its intuitiveness: rotate the (brushed aluminum) outer ring in either direction to adjust the temperature. 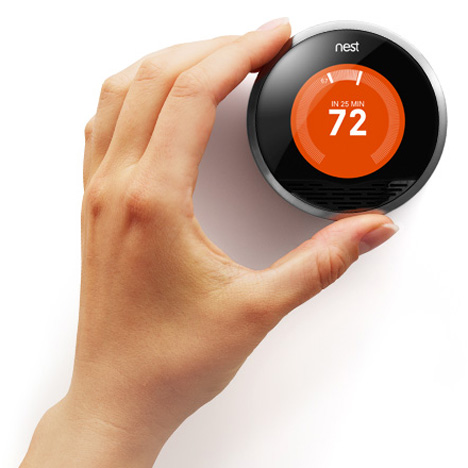 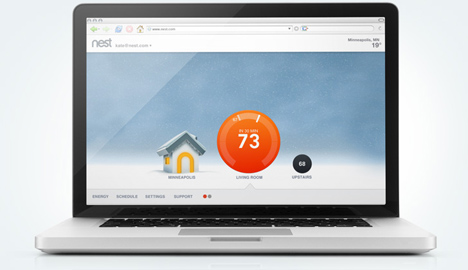 Wi-Fi connectivity allows for remote control via network devices—i.e. laptop, smartphone or tablet—as well as metrics and syncing with weather. 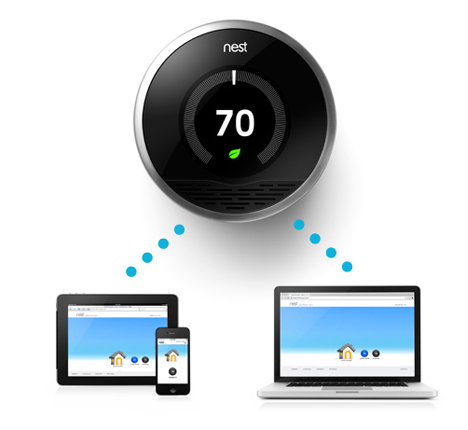 Along with requisite temperature sensors, the Nest is also equipped with activity and ambient light detectors so it knows when you're home, so a (secure) mobile app also allows for even remoter control. 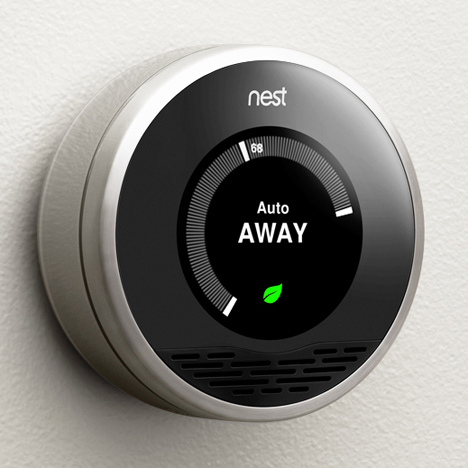 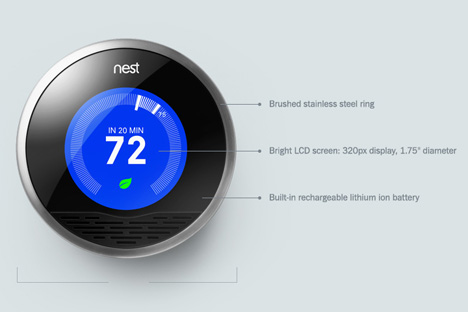 But the Nest doesn't just learn, it also teaches: "The Nest Leaf appears when you set a temperature that saves you energy—and money. The Leaf guides you in the right direction and helps you be energy-efficient."

On one hand, it's a brilliant real-life application of "gamification," at least insofar as it provides feedback based on input; on the other hand, it's a nice example of benign artificial semi-intelligence... until it becomes a terrifying example of megalomaniacal artificial intelligence (we're curious as to whether HAL was a reference point for the "glass eye" style design). 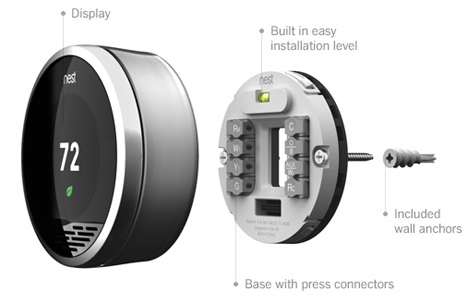 More broadly speaking, the press release struck me as an example of the Digital Age space race: identifying and bringing innovation to "spaces"—i.e. products or categories—that are lagging behind the current vanguard of technology and design. "Bill Campbell, Apple and Intuit board member and Nest advisor [says] "Under the leadership of Tony Fadell, the company is poised to make a significant impact on an industry that has been virtually void of innovation for the past 30 years." 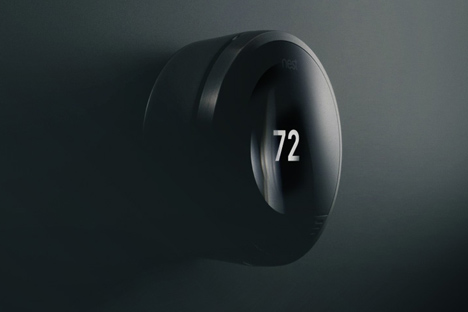 Do any other heretofore neglected "spaces" come to mind?