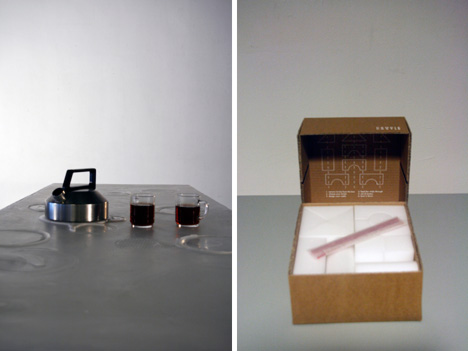 Tom Gottelier is an English designer arrived at his current post in Sri Lanka via Holland, though he's returning to the country of his education for Dutch Design Week, which is currently running through October 30, to exhibit two pieces from 2010: the "Melt-Me" table and "Candle Castles." 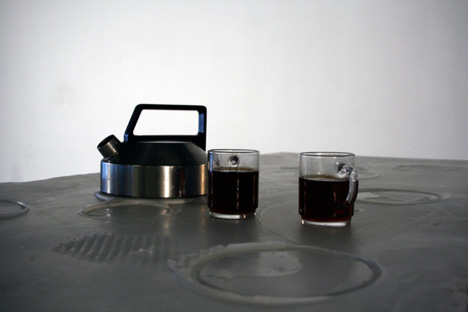 The former is perhaps the more ambitious of the two projects: it's a dining table that's been coated with a layer of paraffin wax. "By placing hot items on the surface or simply by using the table you will start to leave marks upon it. The table serves as a visual repository for the events that happen on it. Watch as the table starts to record your usage of it." 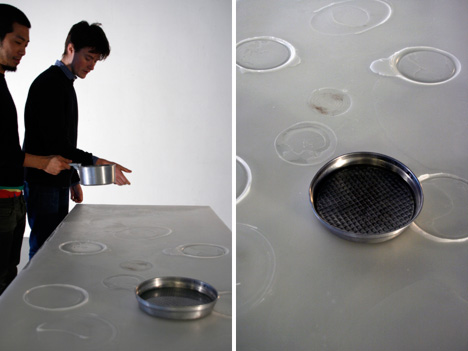 It's a literal take on the notion of "well-worn grooves," which make for a more elegant residue than unsightly coffee-rings. But the real mind-melting trick lies in a sort of induced amnesia:If you ever feel that the memories that the table now retains in the form of burns and scratches are no longer memories you wish to keep you can simple plug the table into the mains electricity and watch as the tables internal heating system repairs the damage, leaving you with what looks like a pristine plastic table. 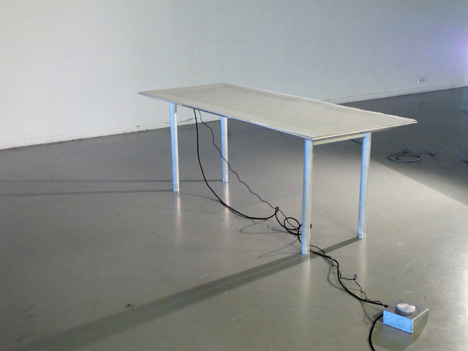 It's a fascinating project, akin to Droog's "Slow Glow" Lamp, though I'd imagine that eventually crumbs and other solid detritus would become embedded in the wax, leaving behind rather unseemly traces that may not be so easily erased. (Update: The designer notes that it can be cleaned like an ordinary tabletop and that crumbs can be "scratched out." Thanks, Tom.)

Check out the re-melting process at 1:26: 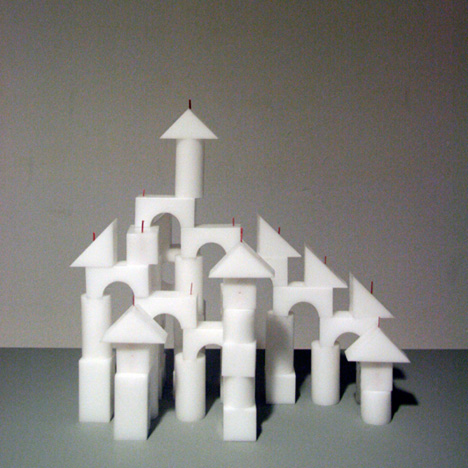 "Candle Castles"—"a set of candles based on the iconic shapes of children's building blocks"—are at once more playful and darker in their theme: the object itself invites a creative process, albeit limited in scope, with a rather macabre subtext.The set allows you to build a construction from your own imagination and then instead of knocking it down, you can light them and watch your castle slowly melt away.

Candle Castle connects you to the pleasure of childhood through playful construction, creating a gentle ambient light during its short life, leaving a trace of its existence—it is a metaphor for a simpler existence.

Where the "Melt-Me" table is a physical manifestation of sensory impressions and the possibility of regeneration, the candles seem to suggest that what is lost can never be regained.