What Does This NASA Photo of India Really Portray? 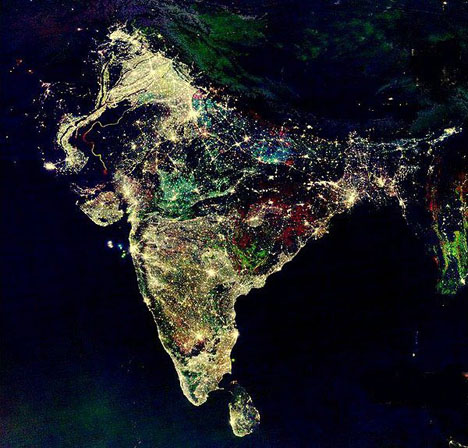 It started on Facebook, then quickly went viral: This photograph of India at night, shot from space and composited by NASA, has been widely described as portraying the subcontinent during Diwali. The Diwali festival or "festival of lights" is an important Hindu holiday; the name stems from Deepavali or "row of lamps."

However, that may not be what the image portrays. Business Insider contacted NASA seeking answers, and provided this somewhat confusing explanation: 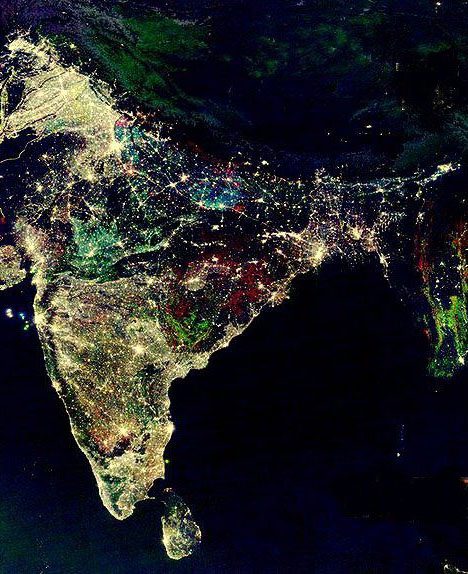 What's not clear is that the explanation claims the white lights "were the only illumination visible before 1992" and that the colored lights appeared in subsequent years. If this photograph is to highlight population growth, doesn't it make sense that perhaps NASA changed the color of the new lights appearing in '92, '98 and '03 to provide overlays as a visual marker of growth? 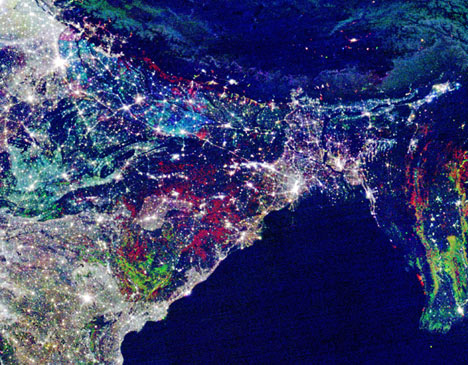 If this photo is what the viralists originally claimed, it implies that different regions of India coordinated with one another to celebrate Diwali with dedicated colors for their regions. And it doesn't explain why Myanmar, which as far as I know does not celebrate the festival, is off to the right with a bunch of red lights.

I'm not familiar enough with Diwali and how it is celebrated in India to determine if this makes sense. Anyone with more experience care to sound off?

What Does This NASA Photo of India Really Portray?