Last week, the so-called "Porscheberry" generated quite a bit of (mostly negative) discussion as to whether or not it could save Research in Motion. As one commenter pointed out, the sunset wallpaper was an apt metaphor for what most regarded as what might well be RIM's swan song. (I, for one, saw the P'9981, with shallow curves and sleek gunmetal finish, as a belated echo of Yves Behar's iconic Jawbone... which, of course, dates back to late 2006.) 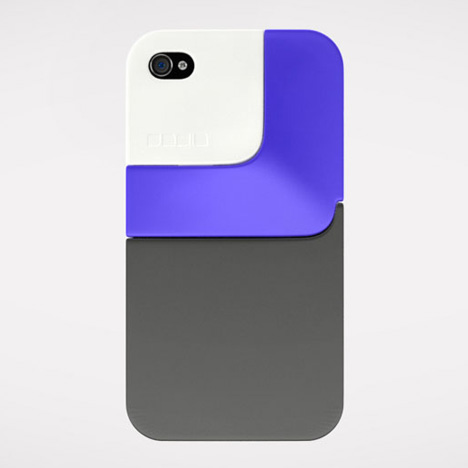 But you don't need to be Porsche or fuseproject to come up with a buzzworthy comms device (though an internship at IDEO doesn't hurt): recent interaction design grad Michael Harboun—a runner-up for the Speculative / Conceptual category of the first annual Core77 Design Awards—recently collaborated with fellow students Thomas Chabrier and Antoine Coubronne on "Angle," a clever new take on the Bluetooth headset.People protect their phones with cases but only a few think about protecting their ears with headsets. With Angle, fixing a bluetooth headset gets as intuitive as picking up a phone...

Everything lies in the move. In an easy gesture, you activate the conversation by sliding the phone on your ear. The movement naturally lays down Angle on your ear and you can now benefit from the hands-free communication.

So yes, it's essentially a Bluetooth headset that's been integrated into a charging case... and if the form factor isn't quite as elegant as, say, the Jawbone, the user-friendly design might just represent the sort of subtle behavioral shift that makes a big difference. Instead of fumbling with headphone cables or fishing for elusive earpieces, the "Angle" is more like a natural extension of a smartphone case—specifically (and tellingly) for the iPhone. 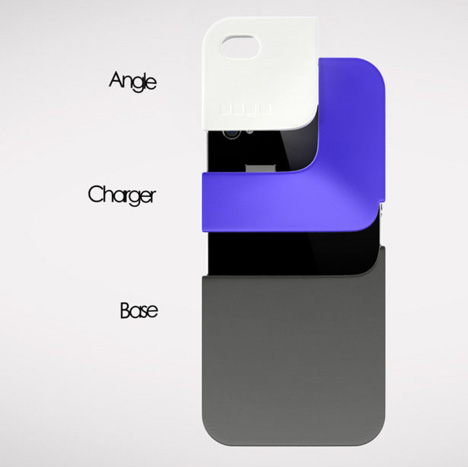 The gesture itself looks a bit absurd at first—something like leaving your coffee mug on top of your car and driving away—but who knows, maybe the "Angle" will set a new standard for the Bluetooth earpiece. After all, we've now come to assume that anyone who seems to be mindlessly chattering into thin air is actually attached to a discreet hands-free device and, in turn, a similarly-equipped conversation partner on the other end. 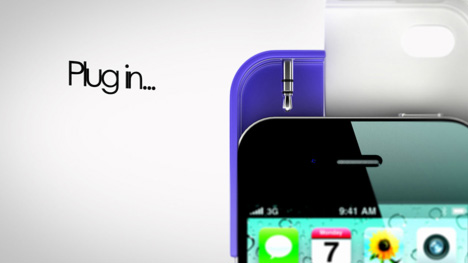 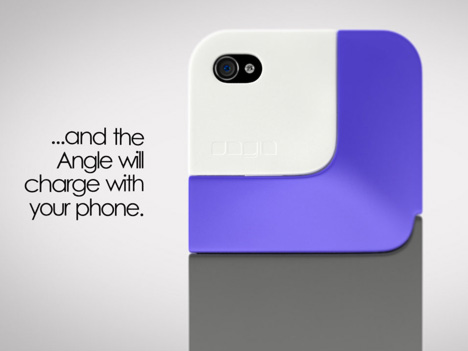 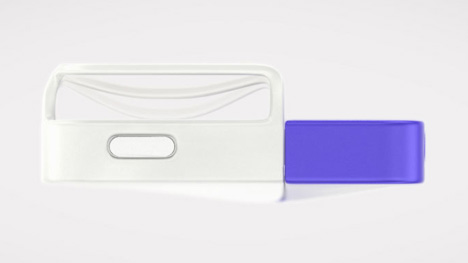 And while the video reminds me of the "Rimino" concept we saw earlier this year, the "Angle" is at least a little closer to becoming a reality: "This project has been done in partnership with European telecommunication provider Orange. The product is currently being studied by the company for possible manufacturing." 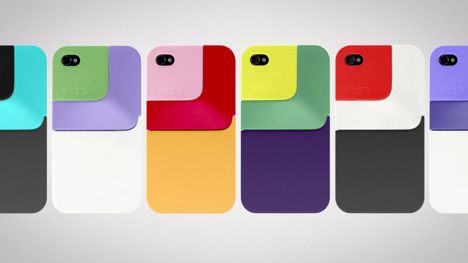 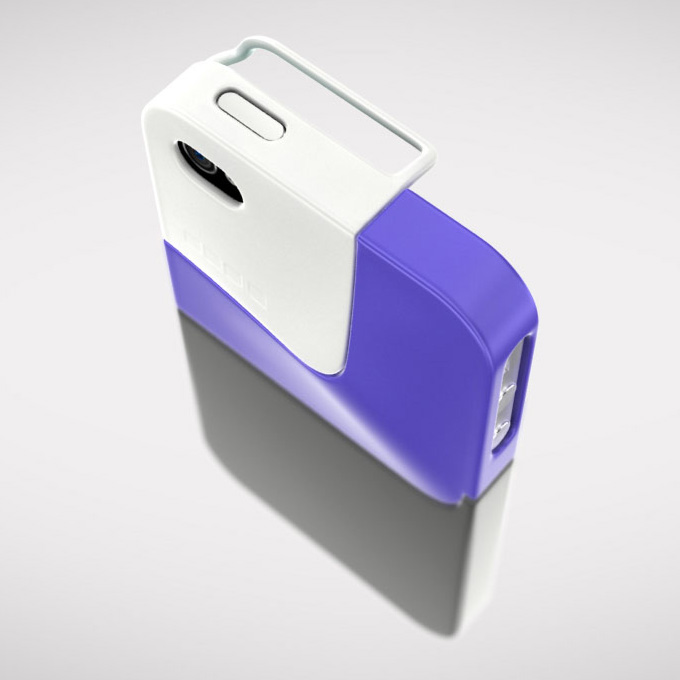