Urbanized: A Conversation with Gary Hustwit 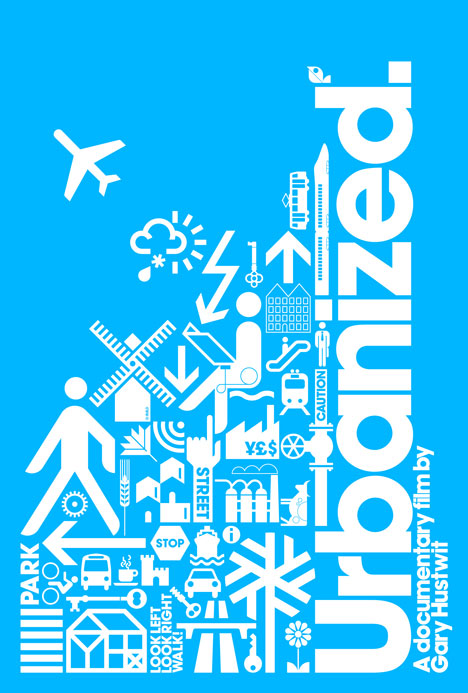 First, Helvetica. Then, Objectified. Now, Urbanized. You might think Gary Hustwit, director of the recently completed trilogy of films on design had a deep involvement with the design world prior to making Helvetica. He didn't. He worked in the music industry, made a few music films (including the acclaimed Wilco doc I am Trying to Break Your Heart), and tried his hand at designing a few typefaces. But, the trilogy simply grew out of a somewhat obsessive curiosity about design and how it happens, and a desire to reveal how it impacts our everyday.

Hustwit's status as a (former) design outsider is precisely what is so great about his films. He views the processes behind things like the creation of the New York City Subway Map and the detailed decisions made in designing the iPod, as novel and exciting. He asks questions a designer wouldn't, and tells the stories of design in a (somewhat) objective, journalistic way. His films reveal the processes and decisions made by designers, but most essentially, they show the impact that these decisions have on us.

While all three of his last films may seem very specific at first glance, Hustwit takes a democratic spin on design with all, remaining very cognizant of telling the story simply and to the largest audience that may be interested. He wanted to talk to designers about design, but he has no desire to make films that just speak to designers. Urbanized, the final film in his trilogy, focuses on the design of cities. Hustwit's approach, emphasizing how design affects us all, comes across most clearly in this film. More importantly, he reveals how ordinary people can affect design.

Illuminating this is Hustwit's response to the notion that a trilogy on design, starting with graphic and moving to industrial, would naturally move to architecture. In response, Hustwit explains, "I've always been interested in architecture, but there have been a lot of documentaries about architects and about architecture. But mostly I wanted to explore architecture in the context of the city rather than just looking at buildings. I was more interested in the public realm than the private realm of just buildings; and also, how those two interact."

Hustwit continued, "I like the idea of showing how design affects our lives and then showing the people that are responsible for that design. In this case, that happens to be as much ordinary citizens as trained professionals." 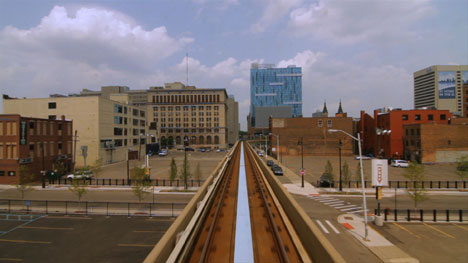 Helvetica and Objectified are both composed of tons of great footage in design studios, showing sketching, modeling and manufacturing, interwoven with designers talking about their craft. The footage in Urbanized, shot beautifully again by Director of Photography Luke Geissbühler, is of public space—streets, sidewalks, parks, public transportation. The talking heads are architects and urban planners, yes, and also developers, politicians, activists, artists and typical citizens.

Urbanized, like Helvetica and Objectified, gives a brief history on the subject, touching on Jane Jacobs, and also talking to Oscar Niemeyer about the failed ideal of Brasília. The capital of Brazil, planned and developed in the 1950's with Lucio Costa as principal planner and Niemeyer as principal architect, Brasília was designed from plan-view. Its buildings are solitary structures, with beautiful looping roads connecting them, but trying to walk anywhere takes hours.

"You can design whatever you want, whatever building or development or piece of the city that you wanted to do as a professional or a developer or city government; but, if people don't use it and don't adopt it and take ownership of it, it's a failure. So, from that standpoint, ordinary citizens are a huge factor," Hustwit said. 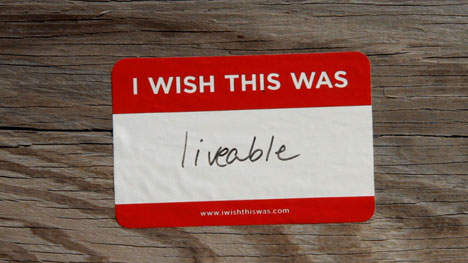 Urbanized highlights the moments where citizens did get involved in the design of their communities. It includes a terrific section on the creation of the High Line in New York, a project initiated by two men who lived near the site in Chelsea and wanted to turn the abandoned tracks into something usable. There's also Mark Covington, who started a community garden in a low-income neighborhood in Detroit. One of the most simple and thoughtful moments of community involvement is with artist-turned-activist Candy Chang, who appropriated the "Hello my name is _____" sticker to "I wish this was____." She affixed the stickers to dilapidated buildings and abandoned sites in New Orleans, imploring citizens to suggest their desired changes to the neighborhoods.

With such a huge topic impacting so many (the film states that 50% of the world's population now lives in cities, which will increase to 75% in 2050), Hustwit shows scenarios in which people and infrastructure both work well together, and not. Enrique Penalosa, mayor of Bogotá, Colombia is a charismatic and inspiring example of where the two balance masterfully. The incredible bus system in Bogotá is highlighted, with its beautiful stations, efficient operations, and designated bus lanes serving the city so well. Penalosa is shown riding his bike through a section connecting poor and wealthy sections of the city, waving at passers-by. He talks in a voice-over about planning the city to prioritize biking and walking over driving. [Ed Note: For an indepth look at other transformative public transportation systems, check out Cooper-Hewitt's Design with the Other 90%: CITIES exhibition] 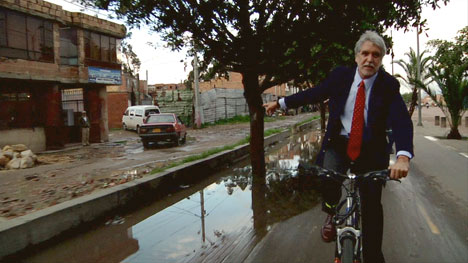 Urbanized just opened on Friday to wide release in New York, but Hustwit has been traveling to premieres of the film over the past few months, hosting Q&A's after each showing. At each showing, he invited local city officials and planners to get involved in the Q&A's as well, which has effectively turned each showing into a city council meeting of sorts.

"With this film, even though, obviously, a lot of the cities we're showing it in aren't actually in the film, all the issues in the film affect that city in some way; in some ways greater than others," Hustwit said. "It's interesting to see which issues strike a chord in each city. In Toronto it was all about bike lanes—everybody was really angry that their current mayor, who just came in, is tearing out bike lanes that the previous mayor had installed; and so, people are really, really fired up about mobility."

With this, Hustwit is, in a sense, testing the immediate effectiveness of the film's message, setting up his audience to voice their concerns and get involved right away. Discussing the design education that he has gotten over the past 7 years in making the trilogy, Hustwit said, "When you know more about a subject, you're more critical about it and more aware of your connection to it or the decision behind it. That's definitely been the case for me, personally, and hopefully, that's the case for people who watch these films who aren't really knowledgeable about the subject matter."

Urbanized: A Conversation with Gary Hustwit