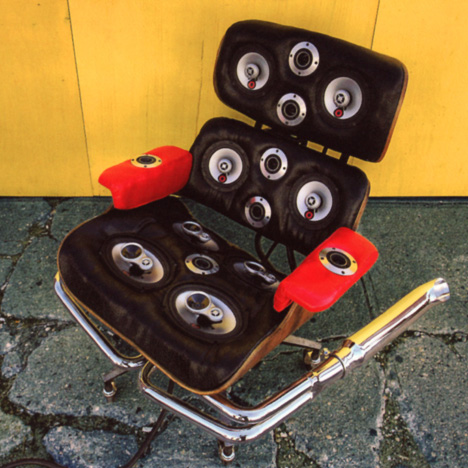 Mikal Hameed is a Brooklyn-based artist and designer who is constantly finding new corners of America's creative culture to explore. After starting out in music and theater, he shifted his efforts to visual arts and production design, all of which inform his latest efforts as a craftsman and maker.As a designer (Mikal) and artist (M11X), he calls on us to forget our individualized nature and relationship with our headphones and demands that we start to share our music as it was meant to be: unplugged from our ears and free. M11X's manifesto blends the iconic image of the boombox and alters the platform to which music is brought to the masses. Mikal's personal relationship to the early '80s and boomboxes creates a strong foundation from which he explores through collaboration with traditional art mediums.

"By toying with the power of music and endless design possibilities, I can bring beats, rhythm, and life into paintings, furniture, and mixed media sculpture." M11X 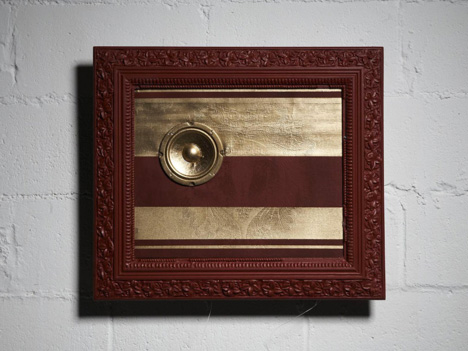 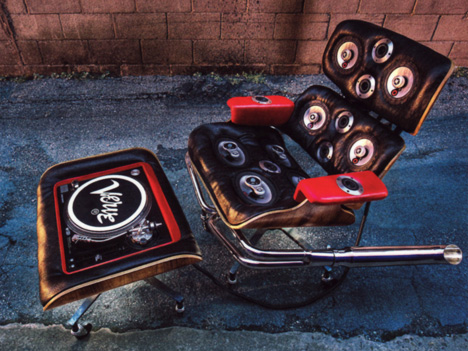 I recently came across his "Eames Hotrod Boombox"—a refurbished and reimagined Eames lounge chair—at Brooklyn's Dijital Fix and I was fascinated by the notion of "remixing" an iconic design object, especially since it incorporated another vintage reference point in the turntable. Meanwhile, the allusion to the boombox is itself a reference to mixing and sampling music, and it so happens that the "Eames Hotrod Boombox" was featured as the album art for a compilation album called Verve Remixed 4. Although the project dates back to 2008, the video is certainly worth a minute of your time; New York-based readers can see it in person at Dijital Fix in Williamsburg, just a couple short blocks from the Bedford Avenue stop on the L.

After a short round of e-mail tag with David Auerbach of Dijital Fix, I managed to get in touch with Mikal for a quick Q&A in anticipation of his forthcoming exhibition, "Rebaroque," which is set to open in New York next week. 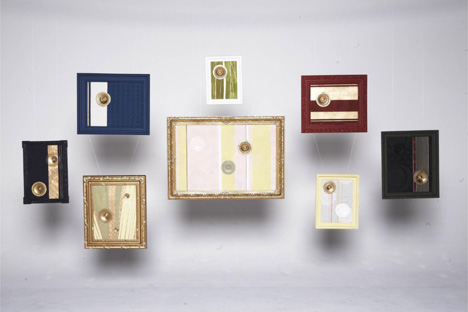 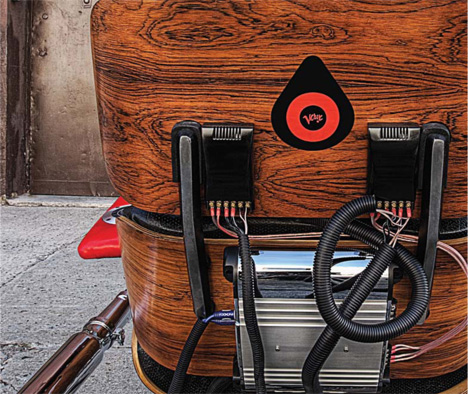 Core77: Can you tell me a little bit about your background?

Mikal Hameed: I was born and raised in Los Angeles, where I grew up skateboarding, surfing and playing in punk rock bands. After that I moved to San Francisco and I began doing art with a friend, Doze Green. After a while we both moved to New York where I worked as a production designer for television and film. By designing for music videos, I was inspired to make my own designs.

Do you consider yourself an artist or a designer... or something else entirely?

I consider myself a little of both. Beginning as an artist, I have grown into a designer who wants to make products. 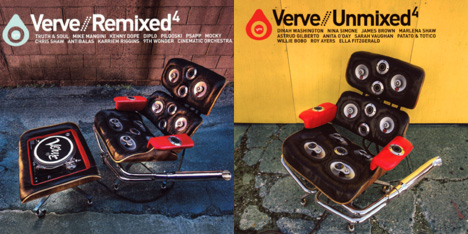 Where did the idea for the "Eames Hotrod Boombox" come from? Does the video accurately portray how you originally found the chair?

The idea came from my quest to combine music, art, and furniture, which are three of my favorite things. I always wanted to make the chair but couldn't afford the materials for the project. So when the Verve label asked me to design the album cover for the Verve Remix 4, it worked out perfectly.

I found the chair in a friend's garage. I bought it from him and hired him to help me build it. The condition of the chair when I found it is accurately portrayed in the video. 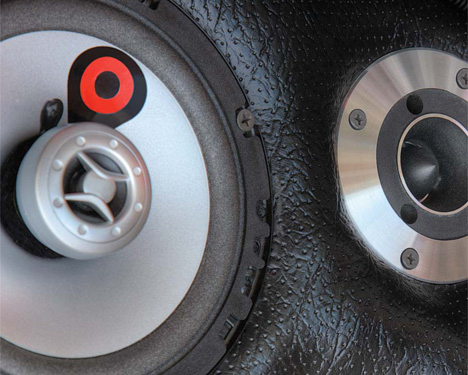 Did you encounter any unforeseen difficulties in building it?

No. I thought I would but the chair was made so well and with replaceable parts. This made it fairly easy to execute my vision.

Why do you prefer to work with salvaged or found materials as opposed to new ones?

Because I am teaching my children to be environmentally conscious and I am a big fan of sustainable design. 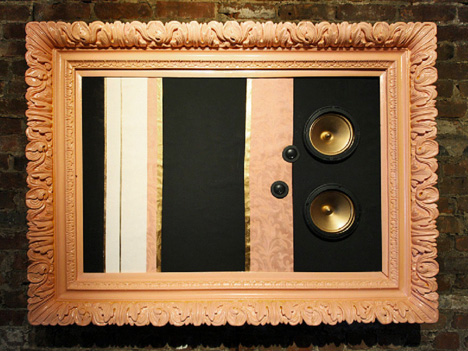 I imagine that running a family business can be as challenging as it is rewarding. Care to share any good stories from the studio?

Yes, it's the hardest thing I've ever done in my whole life. But what's important to me is that my kids see me for who I am so they can be who they are. As a single father of three, Mesiah (16), Manu (8), and Uma (3), I realize for me being a parent in NY with no [other] family here, this is my family, this is my team and this is my crew. Given the current recession in America right now, I want to create jobs for my kids to have in the future so they always have something that will be able to provide for them. My true goal when we work together is to give everyone an equal opportunity in the design. During the day I am a father but when it comes down to the company, everyone has equal power. 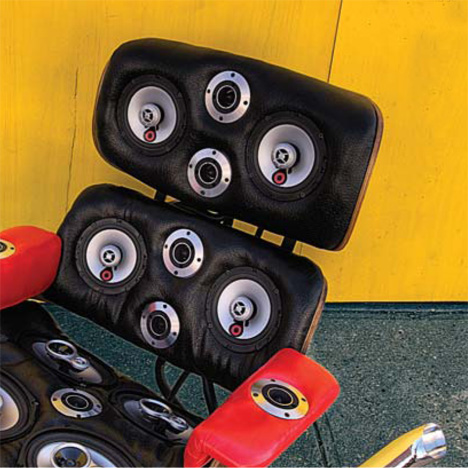 What kind of projects do you hope to take on in the future?

Right now my family and I are doing what we call 'Rebaroque' design. It's [a series of] speaker panel paintings and prints that work with audio devices. We're trying to make this available to everyone out there. In December of 2011, we are opening our build your own Rebaroque store on-line.

Are you excited about the new Eames documentary?

This is the first time I'm hearing about it and I'm totally excited. 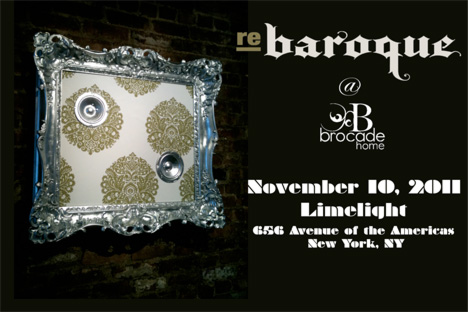 Mikal Hameed's "Rebaroque" opens on Thursday, November 10, at the Limelight Marketplace in the Flatiron District of Manhattan.