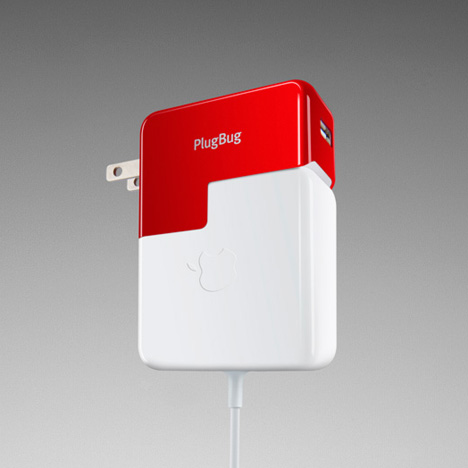 South Carolina-based Mac accessory company Twelve South recently unveiled their latest design, the "Plugbug," an iPad/iPhone travel charger that piggybacks on a MacBook Power Adapter. The design is about as intuitive as it gets, at least as far as Mac users are concerned: The ingenious PlugBug connects to all MacBook Power Adapters. Simply snap PlugBug onto a MacBook Power Adapter, in place of the adapter's AC plug, and you now have one handy device that charges MacBook and iPad or iPhone at the same time, using only one wall outlet. This can be a real lifesaver when you need to charge both before a meeting or—even more stressful—between connecting flights with only one outlet available. 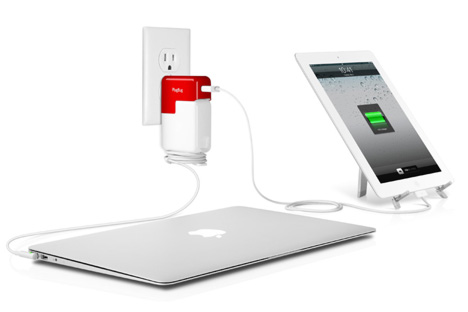 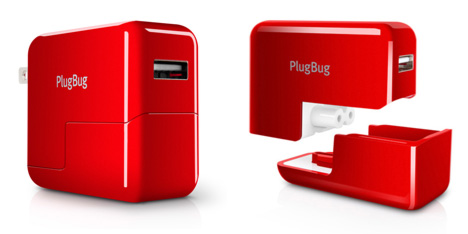 Perhaps the most salient aspect of the design is its crimson hue, the only colorway offered by Twelve South.So why is PlugBug red? Noted author and original Mac Evangelist Guy Kawasaki gets credit for the color. When shown an early prototype, Kawasaki insisted PlugBug should carry a show-stopping hue viewable from across the room—or airport. The "Kawasaki Red" PlugBug was born. 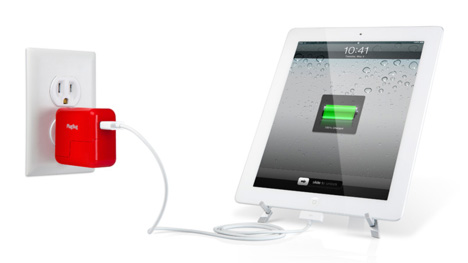 I, for one, find the color appropriate, if a bit loud: while the form factor is identical to that of a MacBook charger, the color is a nice twist on the grayscale palette we've come to expect from minimalist peripherals.

The namesake of the color stars in their promo spot: 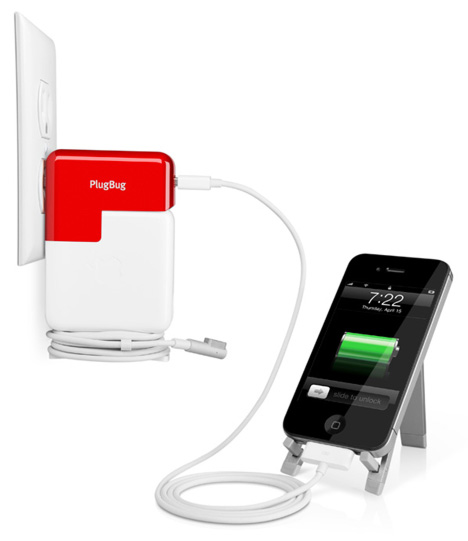 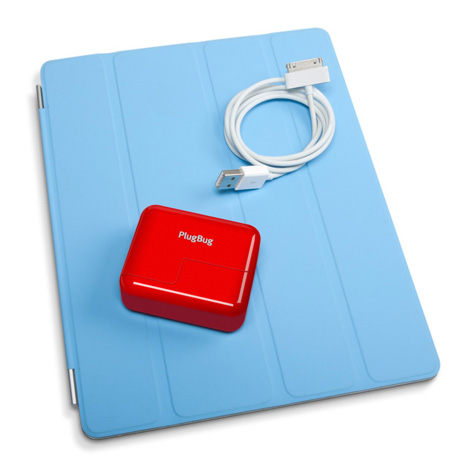 Of course, its versatility comes at the expense of its size: where a stock iPhone charger only occupies one outlet, the Plugbug takes up two (the iPad power supply is slightly larger). Still, the added size is negligible when it comes to the MacBook power adapter itself, so it simply compensates by freeing up another outlet... if one of those outlets is needed for a MacBook.