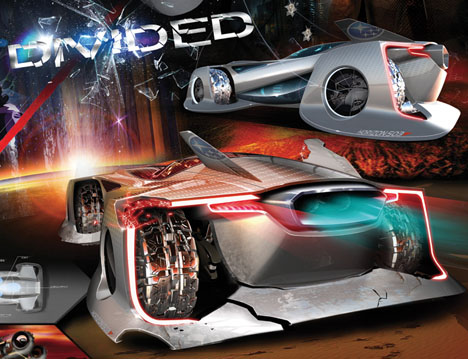 This year's Los Angeles Auto Show Design Challenge is one of the more fun design competitions we've seen in a while. Tasked with designing "Hollywood's Hottest New Movie Car," major auto studios are vying for the prize by not only designing a car, but by coming up with a theoretically feature-worthy story to go along with it.

Honda has gone futuristic-meets-Western with their IH (Intelligent Horse) concept, intended to inhabit a moviescape called High Noon—no relation to the original—that follows themes of the post-apocalyptic variety: 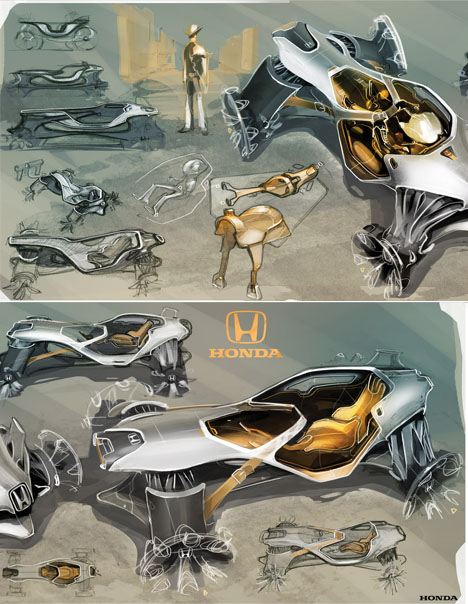 Honda takes us hundreds of years into the future to a world disrupted by the impact of a gigantic comet. The resulting heat and drought have wiped out technology, infrastructure and life as we know it, making it imperative for the few remaining survivors to recover faster than any human generation before. The few scientists have created a vehicle that serves as a companion and protector in the inhospitable and lonely environment. Their inspiration—the legend and material remains of an ancient creature called the horse.A masterpiece of technology, the Honda IH symbolizes a breakthrough in terms of mobility and companionship in an inhumane, hot, dry and dangerous environment. The vehicle takes advantage of three key elements which will emerge in the near future: local production, artificial intelligence and additive technology. The vehicle uses the efficient, lightweight, strong, and functional characteristics of bones for its inspiration. A.I. technology and nanotechnology gives everybody the power to produce material resources and parts for the vehicle locally. Additive technology is a revolutionary attempt to produce very small or especially very large parts in a more efficient way to save weight and resources while improving the strength and flexibility of the product. The IH vehicle combines both the character and simplicity of a horse with the latest structural, safety and technological innovation.

At High Noon the dangerous environment is apparent when there is a showdown between IH's competing for fuel and other resources. The most creative will prevail. 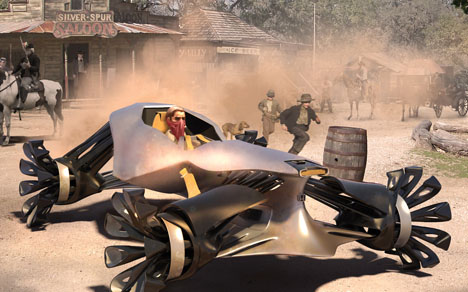 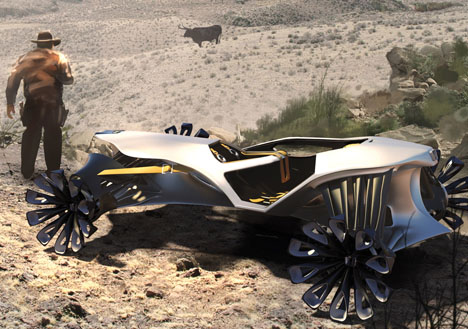 Venerable luxury brand Maybach, perhaps in an effort to break out of their venerable luxury brand box, takes a slightly sillier route with their retelling of the Cinderella story. Only this time instead of getting into a glass pumpkin, she rides in a Maybach Berline Carriage: 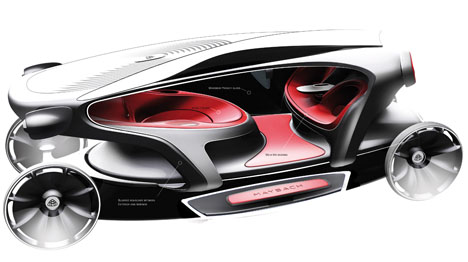 The Carriage is teleoperated via a satellite link to a Maybach Virtual Chauffeur Center. This leaves maximum interior space for the passengers and also allows maximum privacy. The passengers are seated in a vis-á-vis seating layout with a "Royal Lounge" on one side and two single seats on the other. A large glass screen with 3D laser projection is suspended from the ceiling and can display the Virtual Chauffeur or a variety of media and entertainment. The interior and exterior come together seamlessly and are comprised of sustainable materials like wood. Large divided gullwing doors with oversized privacy glass open wide for entry with retractable stairs for convenient entrance (inspired by business jets). 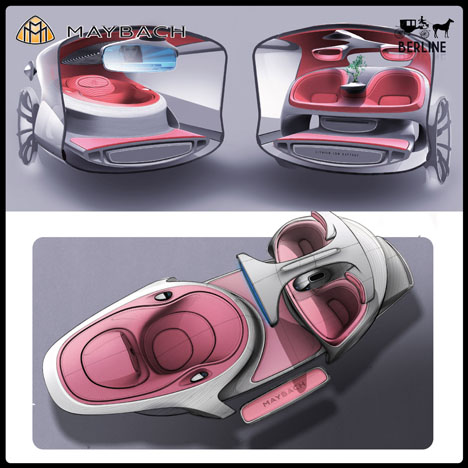 After 200 years since the rotation of the Earth has stopped, the Earth was split into two, distinctly different hemispheres, the Daysphere and the Nightsphere. Humans have been living in a highly developed civilization in the Nightsphere, away from the sun's harmful electromagnetic waves. There is no sunlight, but they had electricity sourced from an innovative energy plant that powered the megacity. It seemed the technology driven human civilization was flourishing as always, but there was a threat slowly casting a shadow down upon them. The fuel of the power generation system, a rare crystallized mineral, was running out of energy.

The mineral is known to be found only in the pole of the Daysphere, a place from which no human has ever come back alive.

A team of 4, Alcyone - the driver, Maia - the navigator, Merope - the mechanic, and Pleiades - their magical cat, has been formed to venture to the other end of the world, tasked to bring back the crucial mineral. The Ultra Subaru HORIZON has been specially developed to take them on their journey. It is to withstand the strong electromagnetic field, chemical imbalances, scorching heat, and raging storms of the Daysphere. The skilled team is off to save their world in this action packed adventure! 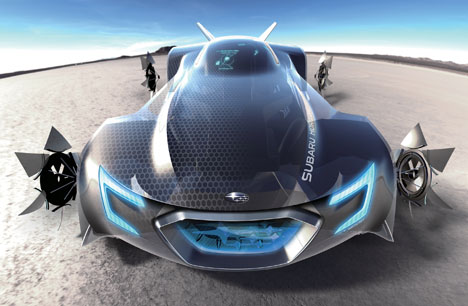 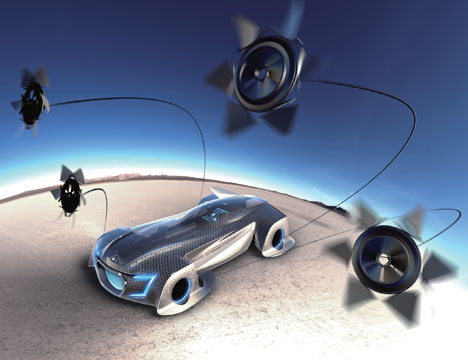 The winners will be announced on November 17th, and in the meanwhile you can check out the other contestants here.

Which movie would you most like to see? I'm digging Subaru's idea.