Smell-O-Vision, or Something Like It: "Olly" Turns Web Notifications into Olfactory Sensations

UPDATE (January 12, 2012): Mint is pleased to announce that "Olly" is now available on Kickstarter. 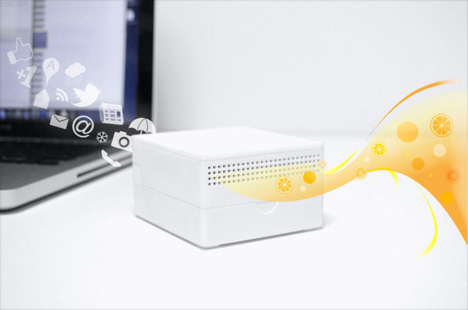 Mint Foundry, a research team at the London office of Mint Digital, have been making a stink (in a manner of speaking) about a new peripheral called "Olly." Given the brief to "make something connected to the Internet that doesn't live on a screen," the fruit of their efforts is a USB device that converts web notifications into smells:Olly takes services on the Internet and delivers their pings as smell. Whether it's tweets, a like on Instagram, or just your train running late, Olly will be sure to let your nose know about it. The best part? The services Olly connects to can be added to by developers, making the possibilities endless. 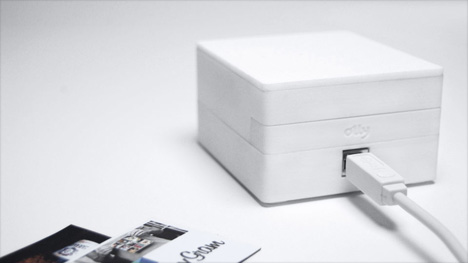 Your push notifications just got a lot more visceral: whether it's a redolent waft of espresso to accompany the unread e-mail deluge in the morning or a puff of potpourri for each ping, Olly marks the next evolution of the Glade plug-in. 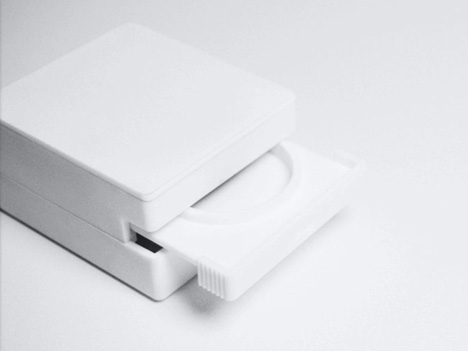 As for Olly's features: the scent—"essential oils, a slice of fruit, your partner's perfume or even a drop of gin," etc.—originates from a small dish, which slides out of a drawer in Olly's back. His face (it's a 'he' according to Mint Foundry) consists of a customizable dot-grid; in fact, he is completely open source: "All the parts, code and instructions to Olly are fully accessible and open. Tinker about and see what is possible. Olly is what you make him." 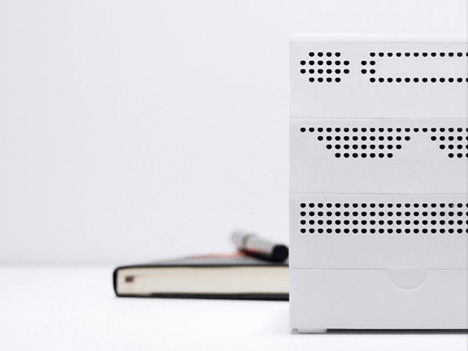 This last bit is quite literal: Olly is not yet in production, but Mint is glad to offer the source files to anyone who's got a 3D printer and a nose for adventure. 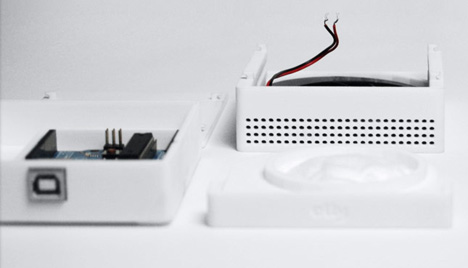 And if the team at Mint Foundry isn't smelling the cold, hard cash quite yet, we're still waiting on Google Ad Scents to come up with their own bot-y odor... 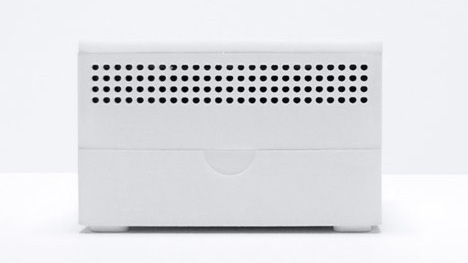 Smell-O-Vision, or Something Like It: "Olly" Turns Web Notifications into Olfactory Sensations