Artist and Illustrator Mic Itaya became famously became excited by the connections between rock music, art and design from a young age, after Imelda Marcos, the former First Lady of the Philippines, praised his drawing of a rabbit during a visit to elementary schools across Japan.

That was his inspiration to become a freelance illustrator, and he was instrumental in the creation of the sound and visual magazine called "TRA," launched in 1982. Following that, Itaya was deeply involved in the success story of Japanese retail giant UNIQLO as visual art director for shop development.

Following a series of carved, etched and tinted mirror works that expanded on his playful and sensitive illustrations during the '00s, Mic Itaya eventually turned his interest towards traditional Japanese arts and crafts. It was from this period that he designed and began producing the innovative "Suzumo Lanterns," based on traditional washi paper-making, and "Suifu" lantern-making techniques from his hometown, Suifu, Ibaragi. They are produced with a traditionally-made thin but strong Washi paper, designed so that a warm light can filter through. 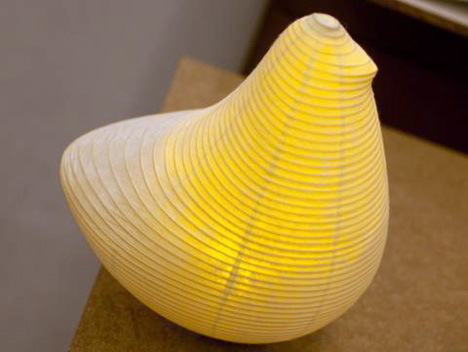 Although the designs are influenced by tradition, the lights themselves—their construction, design and features—are thoroughly modern. Replacing the flame of a candle are some high-performance LED lights, set for natural-light luminosity and to create a flickering effect in order to evoke traditional lanterns. Rather than a switch, many of these lanterns are equipped with a sound sensor for turning them off and on. 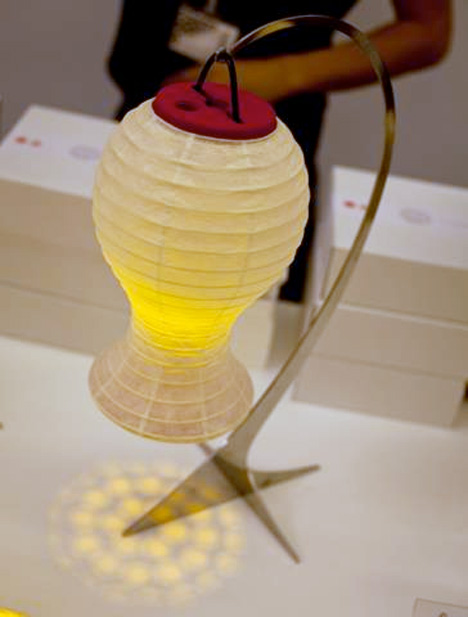 For the Lotus Root design of the base, Itaya explained that one of the original designs for the lantern used a clear plastic base. However, since the look of the plastic didn't match with the traditional design of the lantern, Suzumo Chochin's design team worked on various designs to convey an essence of traditional, yet modern design. The soft patterned light of the lotus, in an organic radiating design, comes across as soothing, and provides plenty of light whether it is hung on a stand or carried as a torch. Itaya says that "A lantern's light is warm and vivid. Its light breathes and flickers, while gracefully framed by curved bamboo sticks and traditional hand-made Japanese Washi paper." 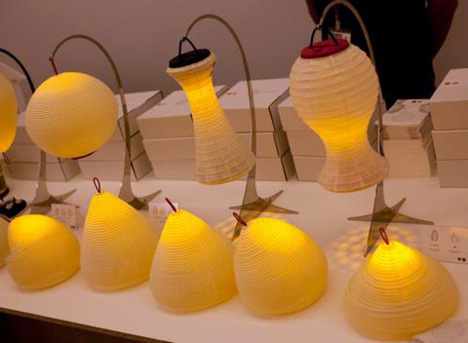 These traditional lanterns are produced in Ibaragi prefecture, long-renowned for lantern making, and require the skillful touch of master craftsmen. The production is done by "Suzuki Mohei shoten" which has been producing traditional paper lanterns for the past 145 years. 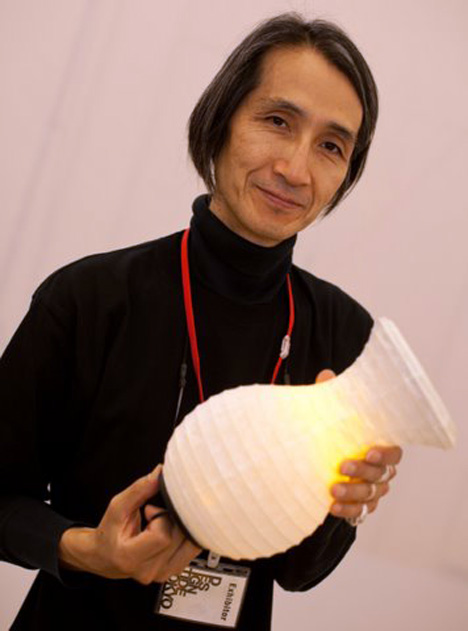