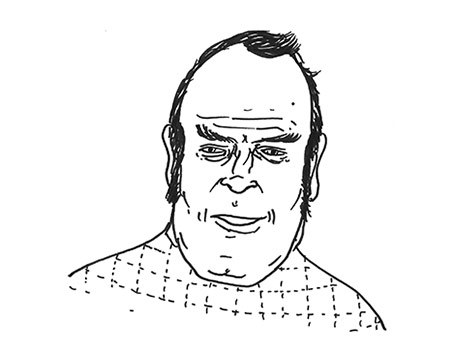 Trained as an architect, Trace Hurns spent most of his career doing graphic design and branding throughout the greater Chicago area. He was known for his often misguided optimism and for his love of baseball and food. Originally from Texas, he moved to Chicago after getting married to an antiques dealer. He started freelancing at age 24 and almost immediately got a job with the Strikewell Bat Company. At first he was doing logos, but eventually came up with an idea for a new type of super premium baseball bat. He called them "First Love Bats." The idea was to have infants hug the bats long before they ever hugged their mothers. They would bond with the bat over their first two months. The bats would be filled with luck and positive energy and then sold for over five thousand dollars each. Many of the best hitters in the 1970's used these bats claiming that they felt a sort of pure joy when they used them. 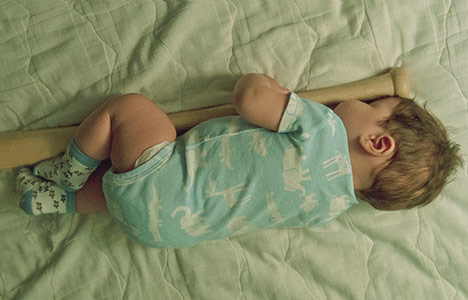 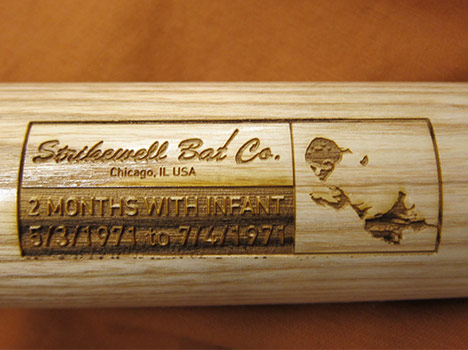 The bats put Hurns on the map, but also burdened both himself and the Strikewell Bat Company with a heap of lawsuits. Strikewell didn't make it and Hurns had to enroll in empathy counseling every Sunday for three years.

Several years later, in 1980, Hurns got a job with a local pizza restaurant. The place was failing and they couldn't afford much. Working with what they had, Trace developed the Brotherhood pie. Each one of these pies would only get one pepperoni, forcing the people that ordered the pie to make a decision over who gets the special piece. The restaurant was able to charge the same price for brotherhood pies as it did for full pepperoni pizzas. It was a success for them, but an emotional failure for Hurns. 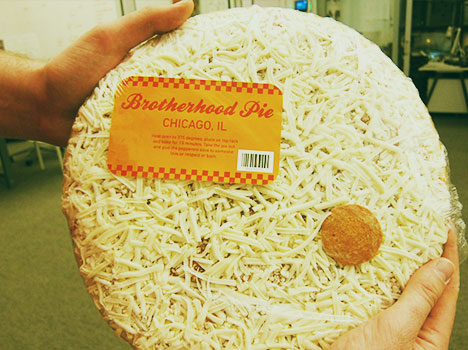 He named them Brotherhood pies because he thought that people would be generous and the decision would bring people together. In reality, they became known as "conflict pizzas" and divided more families, ended more relationships, and destroyed more friendships than any other pizza in history. This was good for business in a perverse way but it took a huge toll on Trace's emotional health. He was never the same. The pizzas are now sold frozen. 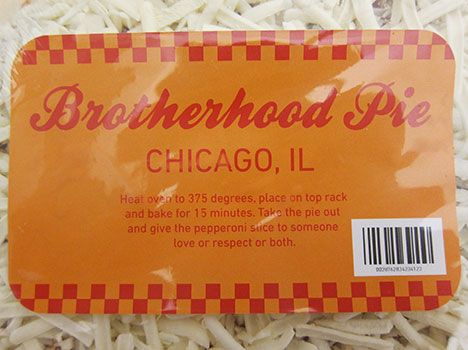 To make matters worse, he was facing more lawsuits from the work he did for Fras-Oil. He worked on the graphic design for their motor oil jug, coining the phrase "Fras-Oil, clean enough to eat". This didn't sit well with almost anyone other than, amazingly, the people at Fras-Oil. Hurns even took it a step further by convincing them that they should also produce olive oil with the Fras-Oil brand name right on the bottle. They followed his advice and ran print ads in major magazines across the Midwest. It was very hard for Hurns to find work after this. 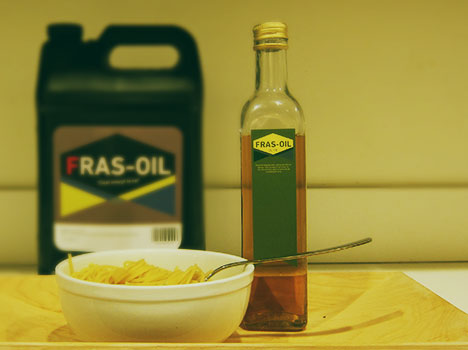 Looking inward, Hurns started trying other things to take his mind off Fras-Oil and the pizza fiasco. He had always had a knack for getting people to pose well when he was taking pictures. He had a special way of talking—even if he was just saying "cheese."

The booklet Soft-Hollering and Loud Whispers was published by one of Trace's close friends and was distributed at churches and city parks in the summer of 1986 all over Chicago. People liked talking to Trace and the booklet was well-received. 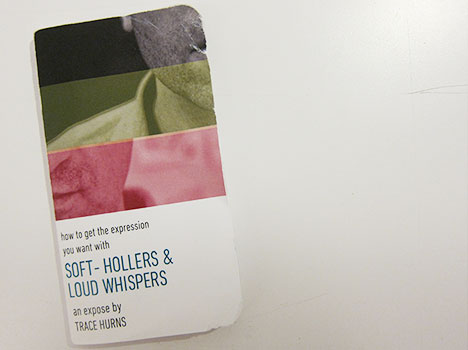 One night just before falling asleep, Hurns noticed something on the doily by his bed. When he focused his eyes he couldn't see it anymore but he was convinced something was there. From 1987 to 1990 he explored this phenomenon. He drove across the country talking to people who made doilies and came to a startling discovery: there actually were hidden messages in some doilies. He developed a device that could read the messages. You had to scan the entire doily and then twist the tuning knob in the right direction. Many of the messages encoded were very sad. He sold the decoders at craft shows and on public access television with moderate financial success. 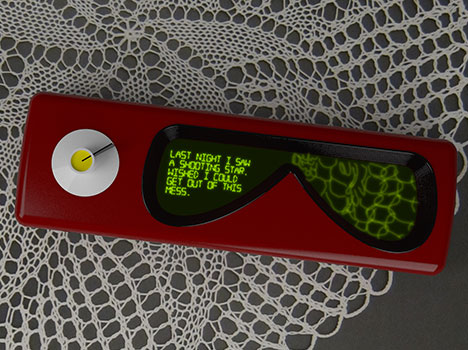 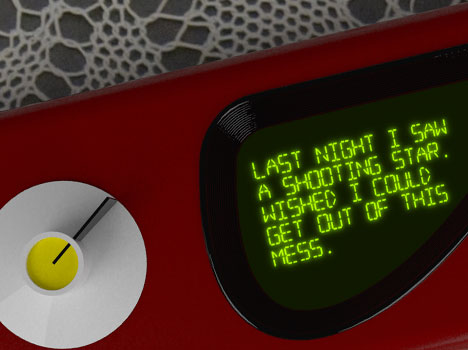 Where is he now? Trace Hurns can still be found handing out booklets in Chicago's parks and sometimes sells decoders at the Merchandise Mart. He has no website but posts regularly on missed connection blogs. He denies that he was ever involved with Fras-Oil or the Strikewell Bat Company.

Design Fancy is a series of short stories about fictional designers who make fictional things. The stories (and the objects) are by Matt Brown. Special Thanks for Dan Deruntz for some of the photos and more.