Looks Cool, But What Does It Actually Sound Like? 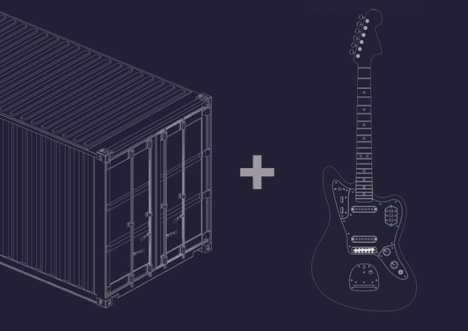 Marcelo Ertorteguy, Takahiro Fukuda and Sara Valente recently collaborated on "CargoGuitar," an immersive sound installation that is currently on exhibit at the Kobe Bienniale in Japan. 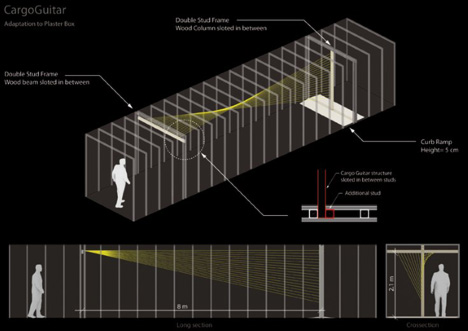 It's more or less exactly what its name suggests: a series of eight giant guitar strings stretched into a half-twisting plane within a standard shipping container.CargoGuitar is a large scale electric guitar consisting of 8-meter long strings that flare through the space in a hyperbolic paraboloid shape. A set of 8 strings spring from a vertical 'media spine' and terminate at a horizontal structural bar on the opposite end of the space. The receiving bar also frames the entrance to the inhabitable instrument. The media spine is outfitted with 8 tuning pegs to achieve different sound scales, 8 transducers to capture the mechanical vibrations of the strings and two 1/4” input jack plugged to two amplifiers. The steel strings glow in the dark enabling users to play the instrument while discovering the kinetic experience of the light partition. CargoGuitar is a spatial intervention that explores the threshold between architecture, art and sound through a live interactive sound sculpture. 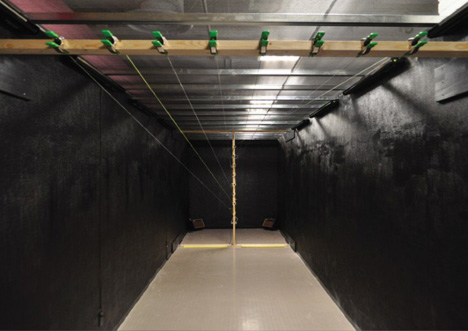 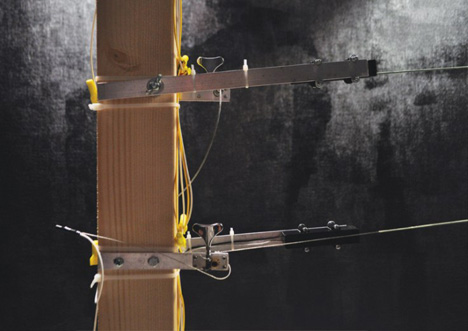 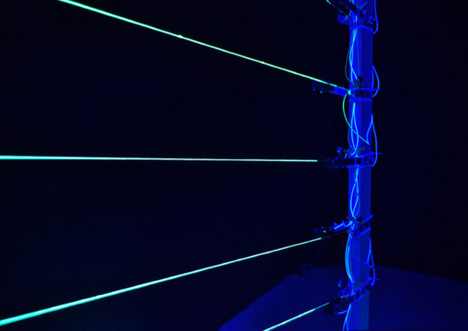 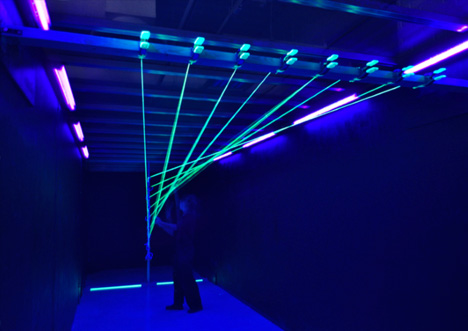 They've uploaded a handful of audio clips and possibly the least satisfying eight-second video ever. 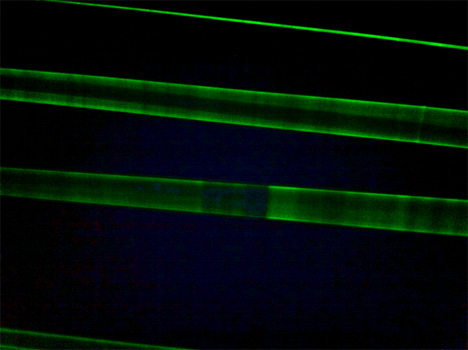 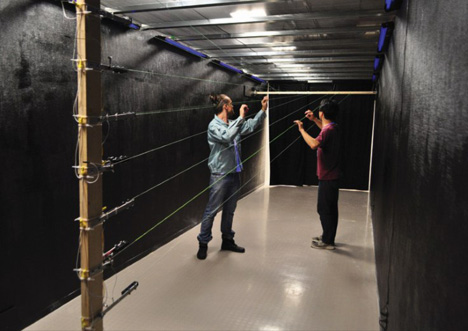 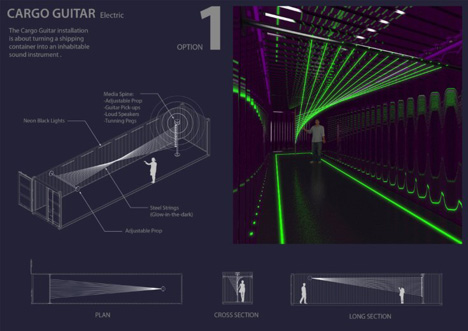 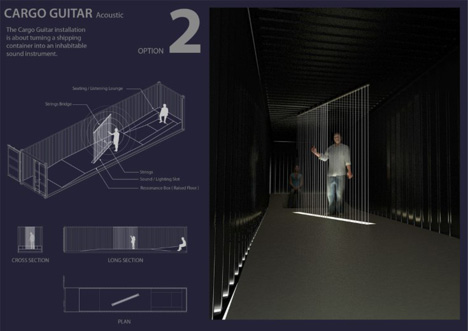 Of course, the "CargoGuitar" is surely best experienced firsthand; whereas one can imagine how, say, Mark Nixon's "Chimecco" would sound, I'm having trouble wrapping my head (or ears, as it were) around the sound of an oversize guitar string. 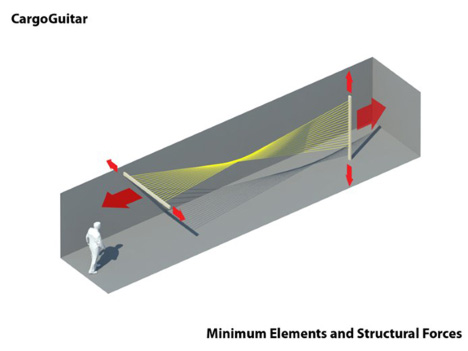 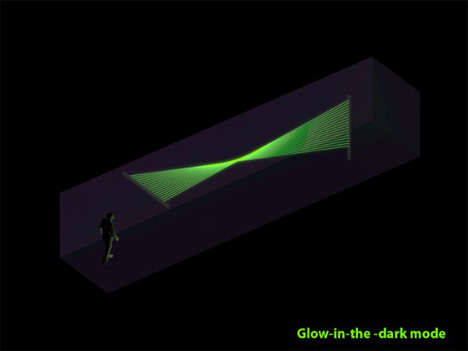 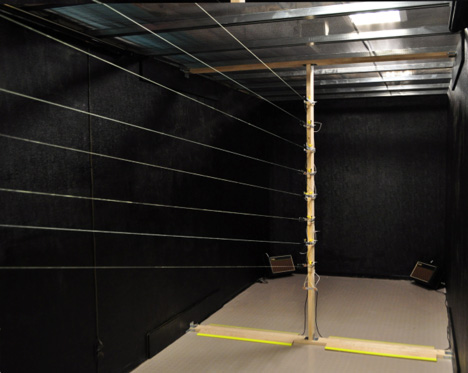 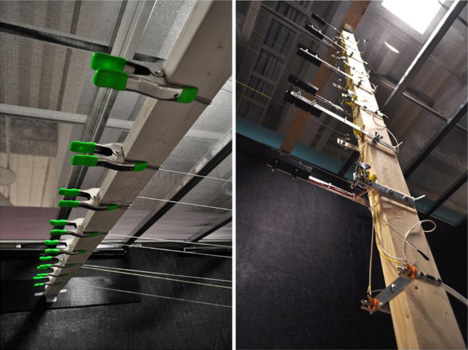 Ertorteguy and Valenta have collaborated on at least a couple occasions in the past: the similarly-themed "Stereotank" from earlier this year and "Mall-terations" from last year. 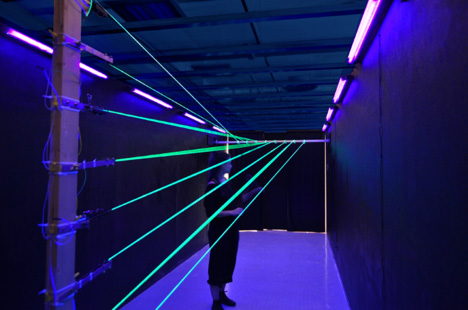 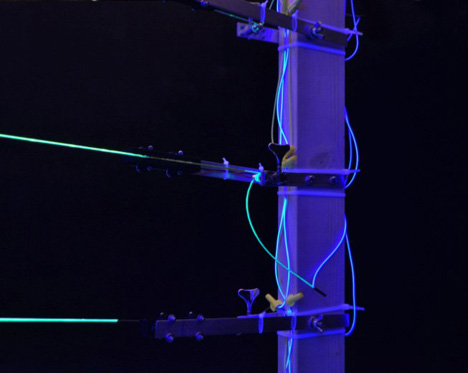 "CargoGuitar" was recognized in the Art in a Container International Competition as part of the Kobe Bienniale, where it will be on view until November 23. No word on whether it will travel... 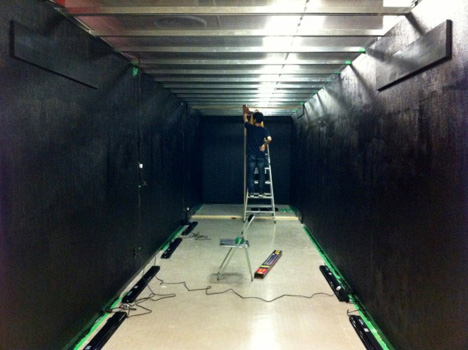