Things That Look Like Other Things: "Drip" Lamp by Fabio Servolo 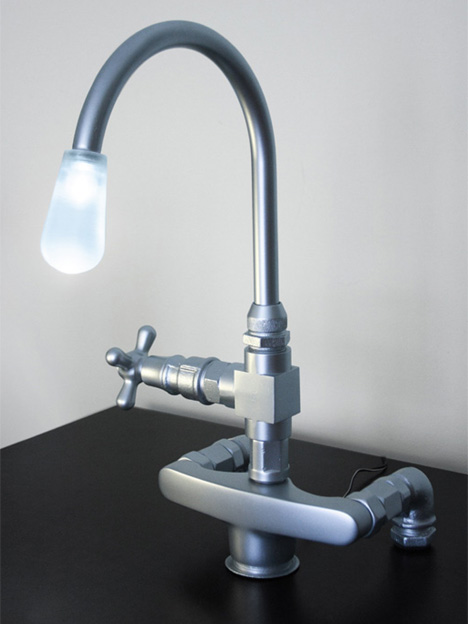 Italian designer Fabio Servolo's latest project is a concept lamp that makes conservation as easy as flipping a light switch... or something to that effect:Drip is a table lamp that looks like and works like a tap. If fact to turn it on, you "turn on" the tap, rather than switching it on like usual. This action embodies the meaning of Drip.

This makes a 'short circuit' between two different everyday actions, turning on a tap and switching on a light; it triggers the feeling of flowing energy, in this case electricity, which is used up. 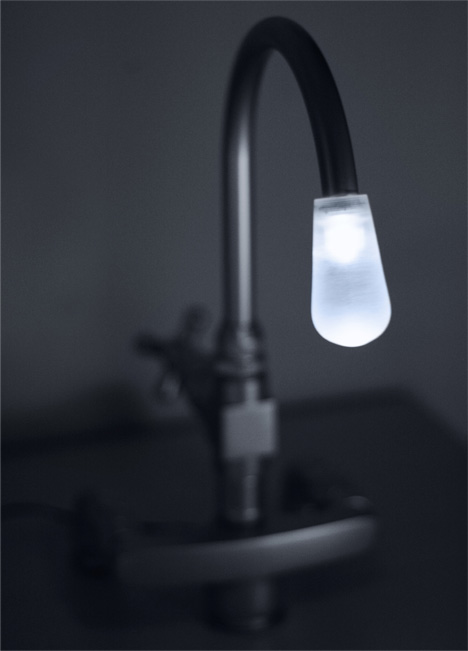 Curiously enough, I initially wasn't sure if it was intended to suggest that a leaky faucet can be as wasteful as a lamp or vice versa; it turns out that it's the latter:No one would ever leave a tap on for hours. However, it often happens that we leave a light on for a long period of time, even when it's not entirely necessary, like going from one room to another. It's necessary to raise people's awareness about wasting energy at home as it's something which could be easily avoided.

In other words, "trying to understand the flow of water is certainly easier to measure than electricity. This 'shift' aims at changing our perception of this concept." 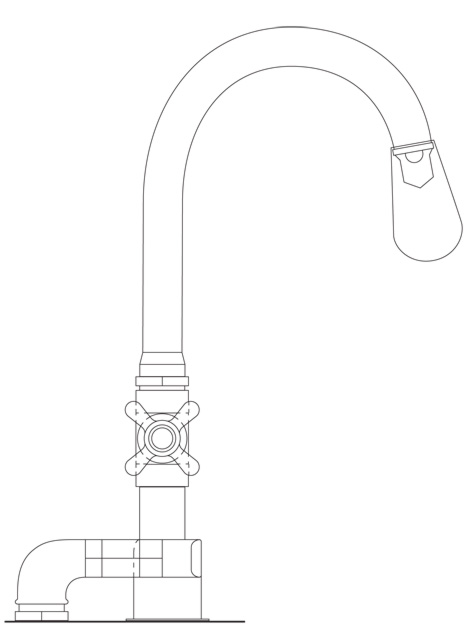 "Drip" is made of salvaged, recyclable industrial materials—namely, brass piping—that have been cleaned, modified for functionality and coated with a stainless steel varnish. The LED diode is enclosed in a translucent plexiglass bulb—or rather, a drop—to "allow the light to diffuse better." 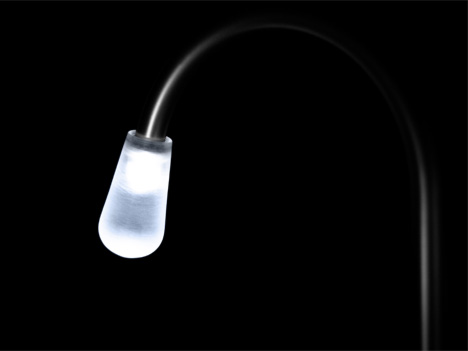 Servolo notes that "the on switch/knob is adjustable," which I take to mean that the knob controls a dimmer, though I think it would be neat if "Drip" featured a slow pulse or strobe setting at the lowest end of the spectrum, so to speak, in order to further emulate a tap... 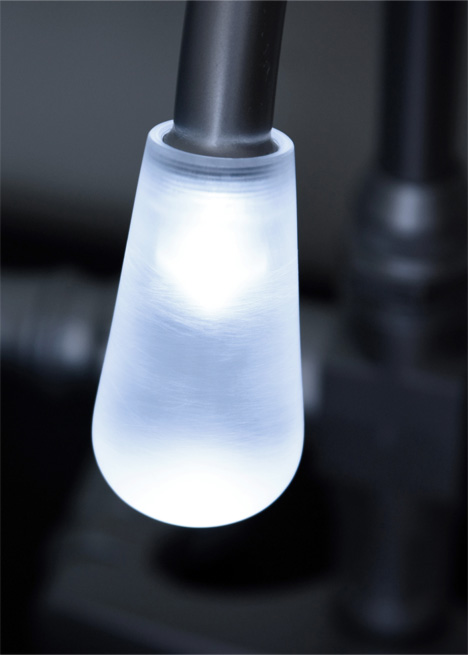 UPDATE: We should have made it clear that the title was also intended to refer to another lamp that we've posted in the past, Rafael Morgan's "Drip" lamp. Apologies for the confusion.

Things That Look Like Other Things: "Drip" Lamp by Fabio Servolo